BACK
Headed To Redcrest

Myers' Long Championship Wait Is Over 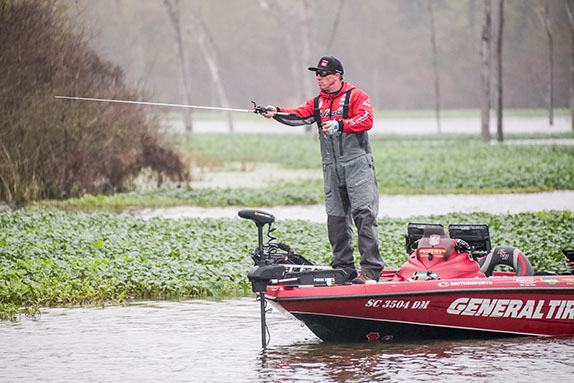 After 15 seasons as a tour-level angler, Britt Myers has qualified for his first championship event. His 26th-place finish on the Bass Pro Tour points list earned him a berth in next year's Redcrest, which will take place at Oklahoma's Grand Lake in February.

"As you can imagine, I'm excited about it," he said. "To make Redcrest in this field – I don't think anybody can argue that it's not the best field that's ever been assembled in this sport, especially after the addition of (David) Dudley and (Bryan) Thrift this year.

"I won't be going just to enjoy the experience, though. I'll be going to try to win."

The 45-year-old South Carolinian finished among the top half of the 80-angler field three times in five outings during the recently completed, pandemic-shortened season and missed that mark by one place last week in the finale at Sturgeon Bay in Wisconsin. He'd failed to make a single Knockout Round during the circuit's maiden campaign in 2019, with a 45th-place showing in the last event at Lake Winnebago (also in Wisconsin) topping his ledger.

His big-fish catches over the course of the season also qualified him for next year's Heavy Hitters, meaning he'll compete in the maximum of 10 events.

Myers, who still owns and operates an automotive customization shop (CS Motorsports) in Gastonia, N.C., compiled some highlights during his 13-year run on the Bassmaster Elite Series. He won the derby at Winyah Bay in 2016 and posted back-to-back runner-up placements at Bull Shoals and Douglas Lake over a three-week period in 2012.

There were always enough bottom-of-the-pack showings, however, or extended stretches of finishing outside the money cut to keep him from qualifying for the Classic. He was relegated out of the Elite Series following a 100th-place finish on the points list in 2017 and then spent 2018 on the FLW Tour, where he was in position to qualify for the FLW Cup through the first half of the season before fading at the end.

He had no positive momentum coming into 2020, but picked up a big dose in the season opener and was able to sustain it. A 71st-place bomb at Lake Fork in the third event was his only real blemish.

"The key for me this year was adapting to changing conditions," he said. "The very first tournament of the year at Eufaula, the water rose 3 feet overnight (prior to day 1) and I literally had to start in an area where I didn't even practice. But I was on a pattern and I fished instinctively and had a good tournament (he finished 12th).

"Then at Okeechobee, the water temperature dropped a bunch. I'd had probably my best practice ever, but I couldn't fish where I'd practiced because of the wind. I changed up again and it worked out."

Myers said the BPT's near-total prohibition of sharing information between competitors is a setup that he's entirely comfortable with.

"No discussing anything really works for me," he said. "On the Elite Series there were always three-, four- or five-angler groups that dominated and if you weren't in one of those, you were at a disadvantage.

"I'm kind of old-school – I don't like asking for a lot of info and doing it almost makes me feel dirty."

He also enjoys the intensity that's created by counting every fish that reaches a minimum weight and constantly keeping anglers aware of their placement in the standings.

"I had a bad year (in 2019) and in the first two or three tournaments I was spun out by the format," he said. "I settled down later in the year and started having some better events, but there were times when I'd be doing something like Ned-rigging with the wrong hook or the wrong rod and losing 10 to 12 fish a day."

He had no such issues in 2020 and stayed solidly within the Redcrest cut line after his strong start at Eufaula. Still, he said that qualifying for Redcrest wasn't on his mind in the early going.

"It kind of snuck up on me – I didn't really look until after (Heavy Hitters at the Kissimmee Chain, where he finished 16th) and I was in 25th with a substantial cushion over 40th. I started tallying things up and realized that this might happen.

"Now I'm just hoping that I can carry this momentum forward. It's not hard to keep up momentum if you're fishing in the right places." 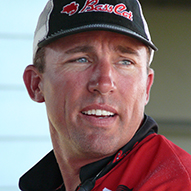