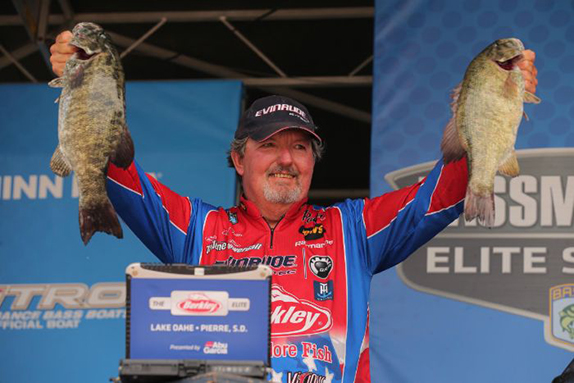 At age 63, David Fritts has more to worry about from the coronavirus than most of his younger fellow Bassmaster Elite Series competitors.

David Fritts would love to fish at Cayuga Lake next week – you're probably aware that he's caught a few nice bags of largemouth and earned a paycheck or two from northern venues in the summertime during his Hall of Fame career.

Then again, he's also 63 years old and at higher risk for getting really sick from the coronavirus than most of his fellow Bassmaster Elite Series competitors. From that standpoint, he wasn't too keen on leaving the relative safety of home in North Carolina and traveling to a far-away place that wasn't fully prepared to execute all of the protocols required to conduct a sporting event in New York state under the present circumstances.

Therefore, he wasn't totally crushed when he learned on Wednesday morning that the Cayuga event had been canceled by the host community due to, in B.A.S.S.' words, "an inability to facilitate the necessary testing required" by the organization and the state.

"I hate that we're going to miss it because I love that kind of fishing, but to go there and back and stay in motels and all that, it's sort of scary for someone my age," he said. "What it boils down to is there's things that are more important in life and there might've been a time when I wouldn't have said that, but now I know it's true.

"We've got two more up there (the St. Lawrence River and Lake Champlain) and everything about them hasn't been defined, either. (The virus) is a bad deal and if I get it, I might not survive it. I'm not scared to death, but I know I'm pretty safe where I am.

"I think it was a good decision."

Here's how some other Elite Series pros reacted to the cancellation. 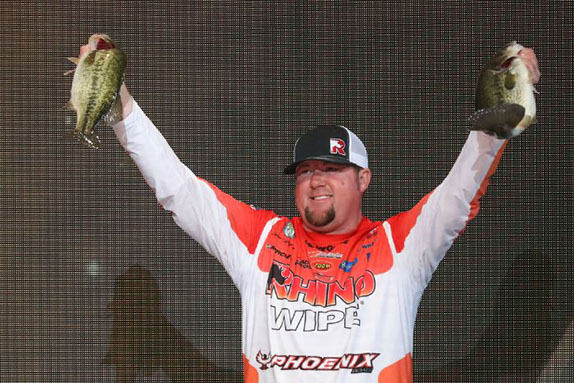 
Jason Williamson says that New York state can't be claimed for wanting to keep its reduced coronavirus numbers under control.

"These are unprecedented times and it's not surprising. We want to go fishing, but we have to take a deep breath and realize that safety is the No. 1 concern. If it's not going to be a safe thing or a smooth operation, then this outcome is understandable.

"At one point in time New York was one of the states with the highest numbers (or coronavirus cases). They feel like they've gotten it somewhat under control and you can't blame them for wanting to keep the numbers as low as possible.

"B.A.S.S. worked as hard as it could to make it happen, but at the end of the day we don't want the host of any event to feel like they've got their back against the wall with testing or whatever. We just have to support the decision and keep moving forward."

"This is a crazy year and flexibility is the norm – you can't really plan on anything because so many things have had to be rescheduled, not just fishing tournaments but in our whole culture. It's a different game were facing in 2020 and B.A.S.S. did the best they could to hold the event, but they ran out of time to get the testing done to make it happen.

"New York is a fantastic place to fish in July and August and I hope we get to fish the other two, but they're not shoe-ins. There's a lot of work to be done unless the state drops the mandate and I don't see that happening anytime in the next couple of weeks.

"I can relate because we've had to reschedule a bunch of C.A.S.T. for Kids events (he's the executive director of that organization). We do what B.A.S.S. does, but on a much smaller scale. We had one this Saturday in Waco, Texas, but cases are surging in that county and in the state and holding it isn't the right thing to do. The whole rest of this year is really uncertain."

"I'm very disappointed, but I really feel for B.A.S.S. because they tried as hard as they could try to get this done. They're doing the best they can to give us tournaments to fish, but we don't know the hurdles that they have to go through. I'd have been willing to go and figure out what needed to be done when we got there, but the testing held it up and testing is that easy no matter where you are.

"I've got buddies who were already on the road and headed that way. I hadn't left yet, so I'll just reboot and get ready for the next one." 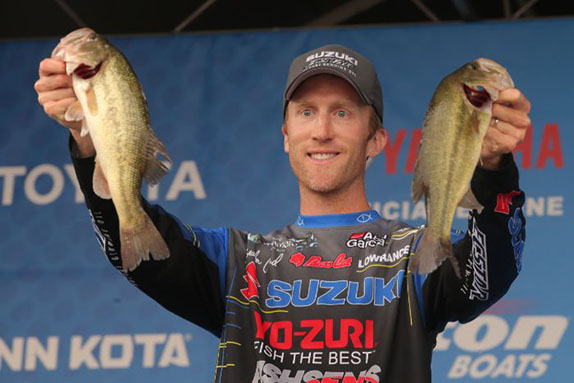 
Brandon Card was greatly looking forward to a trip to his favorite New York fishery.

"It's definitely a bummer – I love all three of those fisheries up there, but Cayuga's my favorite. I was really looking forward to it because we were going to hit it at a really good time and it was going to be a smash-fest. I love catching northern largemouth and that's what it takes to win up there.

"The cool thing about B.A.S.S. this year is they've made it real clear that were going to fish a full season and have all the tournaments (the organization stated in a press release that this event will be rescheduled for another fishery later in the year). From that standpoint, I'm really grateful that even under the conditions we've been dealt we're not going to get rid of tournaments – we're going to have them all one way or another.

"I just hate being in limbo. I don't want to rig up a bunch of smallmouth stuff and then end up just fishing around the house for the next month."

"It's not good anytime you have an event scheduled that you can't attend, but this was out of B.A.S.S.' control. I'm super-thankful that they're putting in as much effort and time as they are to make these events happen. They're trying to give us anglers as many tournaments as they can and do right by the host communities.

"People ask why we're going to New York when it's such a (coronavirus) hotspot, but right now they have less cases than the states where most of the guys live. The state is connected to New York City and unfortunately it gets wrapped up in all the regulations."

"I was all packed and ready and I was excited about going. I don't know what else B.A.S.S. could've done to get us there and you can't blame anybody. I love fishing up there and I was really excited to have three events, but from what they're telling us it looks good for the other two and that's something to look forward to.

"The way they ran the tournament at Eufaula, I didn't see any risk of spreading anything. We had no more chance of getting it there than we did at home."

"I'm just disappointed because I was ready to go fishing, but this is kind of a weird time and if we went up there and tested positive we couldn't fish, and things like that are a little bit daunting. With all the things going on, I feel like if we go somewhere we need to be guaranteed that we can fish. As much as I want to go to New York, I'd fish anywhere they told us to.

"Cayuga is one of my favorite places on the whole schedule and I was looking forward to getting some redemption for last year when I had a big second day and I just missed the cut. At this point, I'm just ready to go fishing wherever it's at."

"There are a lot of requirements for anybody to go to New York right now and I think the short notice is what got us – there just wasn't enough time to get it all set up. Every business and group in the state is trying to get testing and that's probably what gummed it up from happening quicker.

"I love Cayuga – it's an awesome lake and you can catch fish a bunch of different ways and there's a ton of fish. Maybe they'll replace it with another event I'll like even more."