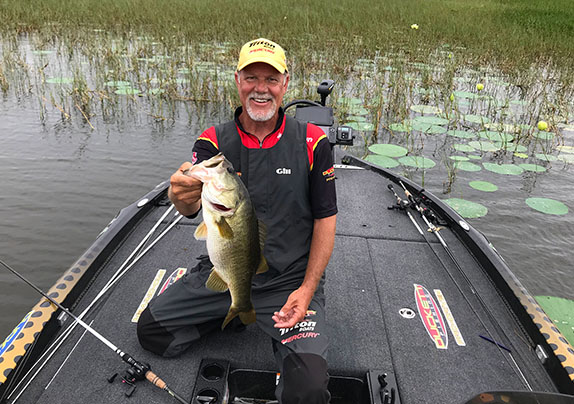 Major League Fishing co-founder and competitor Boyd Duckett believes that entry fees are necessary during the "short-term economic challenge" that the sport is facing.

Bass Pro Tour anglers might be fishing for greater prize purses in 2021 than they've had available this year, but a big chunk of that money will likely come from their own bank accounts as industry budget cuts related to the COVID-19 pandemic may bring at least a temporary halt to the tour's no-entry-fee status.

That's one of the proposals that emerged from an angler meeting Tuesday afternoon in Sturgeon Bay, Wis. ahead of the 2020 regular-season finale, which gets under way on Friday. The layout of the 2021 campaign was also presented – six regular-season BPT tournaments, four Major League Fishing Cups and two championships (Redcrest, which will include the top 40 points-earners from this year, and the big fish-based Heavy Hitters, which will take the 40 with the highest cumulative weight of their single largest catch from each 2020 tournament). The MLF World Championship would be eliminated in such a scenario.

Each angler would be guaranteed participation in two of the 2021 Cups regardless of their standing on the points list and each would also sit out two – meaning an angler could compete in a maximum of 10 out of the 12 events. All would be ensured of receiving $26,000 back from the entry fee total of $40,000 at the end of the campaign, even if the angler never collects a single tournament paycheck.

An MLF communications official noted that with the entry fees, the total prize purse for the season would be $7.6 million compared to $5.9 million this year (pre-COVID). Of that amount, $3.2 million would be derived from entry fees.

The no-fee/lower purse setup was voted in by anglers prior to the 2019 season.

"(Paying entry fees is) what we've done our whole lives and it certainly contributes to making big prize money," said MLF co-founder and competitor Boyd Duckett. "This is a short-term economic challenge for MLF and these participation fees are necessary in this environment.

"When we all voted on it, my vote was to continue entry fees because I think our sport needs better payout. Our league is growing and emerging and we've been successful, but we're a long way from million-dollar payouts. When we reach the point where we can have (a vote on fees) again, we'll have to have a lot of dialog to determine if it's really the right direction. The fans and sponsors forgot that we don't pay entry fees and we were being compared directly to leagues that paid a little less than we did. It's something that the world might not be ready for."

Other BPT anglers who spoke with BassFan Tuesday evening seemed content with the idea that changes had to occur in order to have a viable tour in 2021. 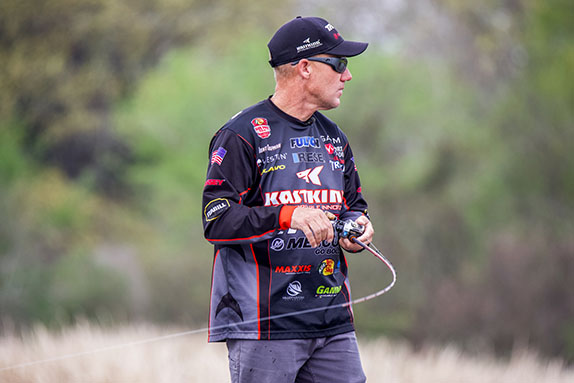 
Brent Chapman thinks the plan MLF is putting in place will lead to a faster financial turnaround for the league.

"MLF has our best intentions at heart and they're in it for the long haul – they're trying to do what's right for the league and the anglers and they're concerned about the long-term future of the sport," said 20-year pro Brent Chapman. "I think the anglers understand what we're going through and I think the plan MLF has in place is good for the future.

"We have to navigate our way through this year and next year and I think the turnaround will happen faster with what they've put in place."

The final verdict on any changes will be determined via angler vote to be conducted in the coming weeks, with results to be announced in October.

Another item on the table is the possible incorporation of the Cups into the BPT regular season (i.e. making them points events). If that occurs, results would not be embargoed for TV broadcast months later, but would be disseminated daily as with regular BPT events. Live-streaming from the water, which is a staple of BPT derbies, is also a possibility for the Cups.

Such a move would alleviate much of the confusion among some fans of the sport that's plagued MLF since the launch of the BPT last year. Many have had difficulty distinguishing between the two separate entities within the same league, particularly at times when BPT events have been conducted concurrently with Cup TV broadcasts.

BPT anglers will have the opportunity to compete on the 2021 FLW Pro Circuit if they choose, as they've been assured that the two leagues' schedules will not contain any conflicts (both are under the Outdoor Sportsman Group umbrella, as is BassFan). That would require an additional outlay of $30,000 in entry fees for six events and would include the chance to qualify for the Pro Circuit's TITLE Championship.

More than 50 BPT anglers have seized the chance to pay entry fees and compete in the final three Pro Circuit events for this year (the first of which, won by BPT pro Jacob Wheeler, took place two weeks ago at Lake Chickamauga). The other two are set for the Mississippi River (July 30-Aug. 1) and the Detroit River (Aug. 8-11).

BPT anglers are not eligible for this year's TITLE Championship, scheduled for August 24-29 at the St. Lawrence River. That event faces uncertainty due to New York Gov. Andrew Cuomo's 14-day quarantine order for travelers arriving from 19 COVID "hotspot" states, several of which are home to many pro anglers.