Points Title Would Mean A Lot To Arey 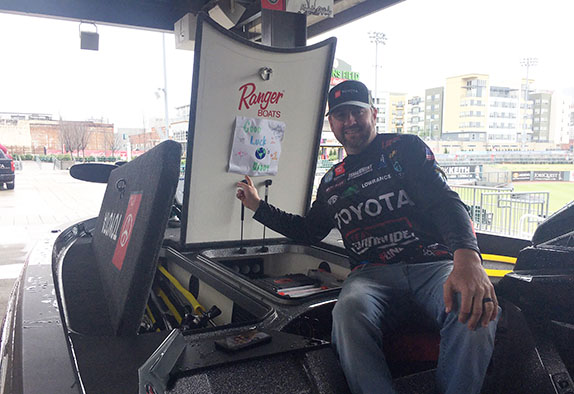 Matt Arey has registered 7th-place finish in both of the 2020 Bassmaster Elite Series regular-season events that have taken place thus far.

If you had to pick an angler who's a sure bet to qualify for his circuit's championship event in a given year, you could do a lot worse than to select Matt Arey. After a few uneven seasons to start his career on the FLW Tour more than a decade ago, the North Carolinian has been rock-solid at working his way into the biggest-money derbies.

He made eight FLW Cups in a row from 2011-18. Then after transitioning to B.A.S.S. last year, he finished 10th on the Elite Series points list and qualified for his first Classic at Lake Guntersville in March. It was his second-best Angler of the Year race finish to date – he was 9th on the final FLW list in 2012.

Consistency has indeed been his trademark, but there's a flip side to that as well. A lot of those FLW campaigns included a single disastrous showing that torpedoed any chance of serious contention for the AOY title, with more than a couple of the dark placements emanating from the Sunshine State.

"The biggest thorn in my side throughout my career has been the state of Florida," he said. "I was fortunate to have a good one there this year (he was 7th at the St. Johns River in February) and then follow that up with another good one at Eufaula (7th again). We're not even halfway through the season, but I'm happy that I've been able to capitalize on some opportunities and get some good finishes."

Right in the Mix

The Elite Series schedule has incurred greater disruption from the coronavirus pandemic than the other top tours and is only one-third complete with the July 4th holiday in the rearview mirror. As of the start of this week, the next three events in New York state were still somewhat in question due to a quarantine order by Gov. Andrew Cuomo involving travelers from several hotspot states that are collectively home to nearly half of the field.

When competition resumes, Arey will be in 3rd place in the AOY standings – six points behind leader and defending titlist Scott Canterbury and two behind Buddy Gross (the winner of the Eufaula tournament). He'd love to cop a points crown, but said he's not thinking about it with so much fishing still ahead of him.

"I take things day by day and cast by cast," he said. "Other people have asked me about it but I won't even consider it an opportunity until it's one tournament away. I've seen guys win it or lose it in the last 30 minutes on the last day ink the last tournament of the year.

"The only thing that's important to me right now is to keep playing the game and staying consistent. Northern swings can be tricky with variable weather and things like that. I'm hoping we get to fish all nine, but with the way some states are starting to reverse (their reopenings), I'm just keeping my fingers crossed. I'm off to a good start, but there's a lot of questions that still have to be answered."

If things go as planned, the revamped Elite Series season won't conclude until the Lake Fork event in early November is complete and there will also be two tournaments in the preceding month (Santee Cooper and Chickamauga). That'll put Arey in an unfamiliar mode this fall.

"The vast majority of the time after Sept. 1 I'm not in the bass boat," said Arey, an avid deer hunter. "I'm one of the guys who literally quits fishing for about 2 1/2 months. I fished a couple of the old (Toyota Texas Bass Classics) that were in October and a couple of FLW Invitationals at Norman and Norris, but that's about all the experience I've got for tournament fishing iun the fall.

"I am excited about it this year, though, because I like going to lakes at different times of the year. Santee and Chickamauga in October, there probably one be one dominant pattern and you could junk-fish and do well even though that can be a tough month in the South."

If he can stay in the AOY hunt through those events, the title will be on his mind when he heads to Fork.

"The way I look at it, winning a Classic or Cup is a lot more rewarding from a financial standpoint, but as far as personal satisfaction, the Angler of the Year means you were the best for that entire season and that would mean more than a Classic win. I've based my whole career on consistency and that would prove that I played that game at a higher level than anybody that year."

For right now, however, he's looking forward to pursuing smallmouth in some cooler, less humid weather than he's experiencing at home.

"Those fish are always hungry and they're always biting; I don't want to call them dumb, but they don't get near as much pressure as the fish in some places do and they've got ice over their heads for three or four months every year. There's just truckloads of 3-pounders everywhere we go in New York and they're a blast to catch." 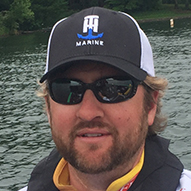