BACK
2nd In Pro Circuit Points 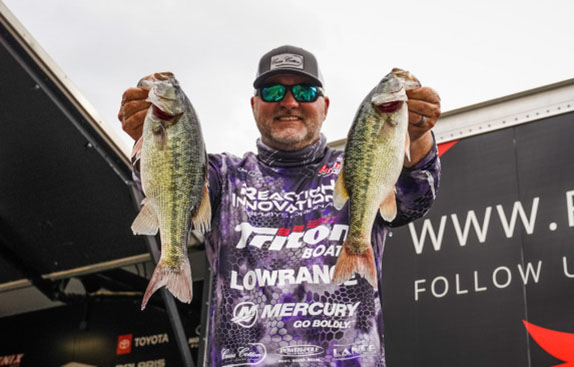 Jon Canada has yet to finish outside the top 25 in four FLW Pro Circuit events this year.

(Editor's note: In observance of the Independence Day holiday, BassFan will not publish a new First Cast article until Monday, July 6.)

Only one fellow competitor stands between Jon Canada and the top spot in the FLW Pro Circuit Angler of the Year race. It just so happens that it's a man he speaks with several times every week and one whom he greatly admires and respects.

"He's one of the nicest guys you could ever meet – a phenomenal fisherman and a phenomenal guy," Canada said of points leader Ron Nelson, whom he first met three years ago when they shared lodging for an FLW Series event at Lake Seminole along with Bryan Thrift and Buddy Gross. "If I don't beat him, I'd like him to win. We pull for each other and whatever's meant to be, we'll be okay with it.

"Everybody wants to win, but if I can't win, I don't mind losing to that guy."

The 40-year-old Canada, a former electrician from Helena, Ala., has displayed remarkable consistency in his second year of competition at FLW's highest level. He's finished among the top 25 in all four events this year, including at last week's Super Tournament at Lake Chickamauga, where he not only had to contend with 54 Bass Pro Tour anglers added to the field but also discarded his preferred shallow-water game in favor of the deep ledges.

His 25th-place showing drew him to within 26 points of Nelson (who posted a 41st) with two regular-season events remaining. The Pro Circuit is scheduled to visit the Mississippi River out of La Crosse, Wis. at the end of this month before wrapping up two weeks later at the Detroit River, where Michigan resident and Northern smallmouth ace Nelson will be among the favorites.

"I need to try to make up some ground at this next one before we go (to Detroit)," said Canada, who'll likely leave his boat and truck at Nelson's house after La Crosse before flying home to Alabama. "If I don't, he could run away with it."

On a Nice Roll

Canada was 98th in the AOY race in his first tour-level campaign last year, logging a 12th-place finish at Grand Lake but ending up in triple digits on three occasions. There's been no such volatility in his placements this year, which he attributes to better tournament-day adjustments and an absence of bad breaks (mechanical failures, etc.).

"I've been making the right decisions and my timing has been good, knowing when to leave a place and getting into the right rotation," he said. "I feel like I'm fishing a little more free.

"I've had a lot of mishaps in the past – some issues with my boat, my motor or my trolling motor. You've got to have the stars line up and this year I've been fortunate enough to keep everything together. It's all been working out pretty good."

He put in a lot of preparation for the Chickamauga event during the coronavirus shutdown, although not at the venue itself. He was out on Lake Guntersville at least three days a week, mostly studying the displays on his electronics units to gain confidence in his ability to interpret them.

He drew a bad boat number for day 1 at Chick – No. 204, the very last to leave the launch at Dayton Boat Dock – and things didn't go well. He salvaged his psyche, and eventually a whole bunch of points, by catching a 4-pounder in the final five minutes.

"That one fish saved the tournament for me because I was about to have a mental meltdown," he said. "I pulled up there at the mouth of Dayton and pulled out a dropshot and I saw the fish (on his graph) as I was idling in 26 to 28 feet. I caught it on my second cast."

"I lost my dad two years ago, but it felt like he was looking out for me that day," he said. "The bad luck and the little things going wrong that have hurt me in the past haven't been happening. I've gotten rid of some of that bad juju." 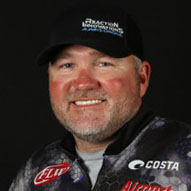