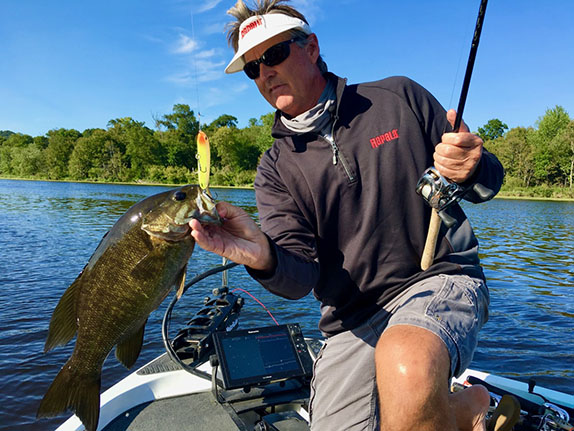 Bernie Schultz resides in Florida, but he's piled up a lot of good finishes on Northern smallmouth venues.

Bassmaster Elite Series veteran Bernie Schultz doesn't live anywhere close to the greatest smallmouth fisheries on the North American continent, but he seems to understand the big, brown fish of the North every bit as well as he does the largemouths in his native Florida. His career ledger shows 11 finishes among the top 20 in the state of New York alone.

Right now, he's at home in Gainseville, Fla., making preparations for the resumption of the Elite Series season next week at Lake Eufaula in Alabama. The circuit will make its way to bronzeback country this summer, but part of him wishes he was already there.

In that vein, he presents BassFans some tips for pursuing smallmouths at this time of year. Most of the fish will be in relatively shallow water – 10 feet deep or less.

"They're either headed to spawn or actively spawning right now in most Northern lakes," he said. "What I'd be doing is looking shallow, trying to find fish that might be cruising the flats or the shoals with sand and vegetation. Those are the places I'd look first.

"There's also the points that divide spawning bays and the shoals or humps that are within those bays, but out from the spawning grounds. Fish will stage on those."

The Eyes Have It

Shallow-water smallmouth fishing can be very much a visual-oriented game in a lot of places (depending on weather, of course). You know you're on fish when you see them swimming around.

His arsenal for tempting them to bite is extensive. He'll often start out with either a Hildebrandt Drum Roller swimbait or a Ned-rigged Yamamoto Senko, but he also frequently employs jerkbaits, spinnerbaits, dropshot rigs and tubes.

"The swimbait is a good way to cover water," he said. "Even if they won't bite it, it'll make them reveal themselves. They'll either follow it or some will hit it and you'll know they're around."

He prefers jerkbaits that sweep erratically from side to side. The Rapala X-Rap series fills that bill.

"It has a really wide gait – it'll go way to the left, then way back to the right better than most jerkbaits, and that's a big deal on smallmouth. They seem to like that walking action better than something that has more vertical movement. 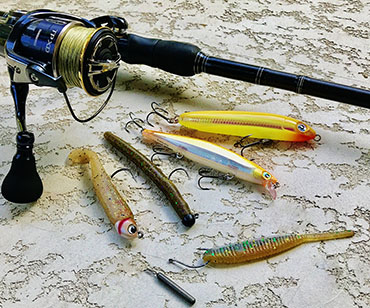 
Some of Schultz's shallow smallmouth favorites: In the foreground is a Yamamoto Shad Shape Worm on a dropshot rig and behind it (left to right) are a Hildebrandt Drum Roller swimbait, a Ned-rigged Yamamoto Senko, a Rapala Shadow Rap and a Rapala Skitter V.

"Those fish will usually respond to just about anything, but whether they'll actually eat it or not is the big question. If you're getting a lot of refusals, you need to change your bait, your color or your cadence."

Another tactic that can be effective is making extremely long casts with a spinnerbait – sometimes one that's gawdy in color (such as chartreuse) and other times something more subtle. A 3/8-ounce model is good when the fish aren't super-aggressive, but at times they'll favor a bigger profile and more water displacement and he'll throw a bait as heavy as 3/4-ounce.

When smallmouths have moved into the spawning grounds, there are three cover types that will harbor the majority of the fish – reeds, scattered grass and boulders. He throws a lot of the same baits that he utilizes for spawning fish, although sometimes a slimmer presentation is required.

Lures that are bounced along the bottom are likely to see more action in this scenario.

"For bottom baits, it's hard to beat a 4-inch Senko," he said. "I also like the Swim Senko and on occasion I'll take a small wobble-head and put on a Fat Baby Craw. The best colors for those are very natural, like watermelon/green-pumpkin laminate or green-pumpkin/candy.

"If I'm throwing a tube, sometimes I'll go with a white one just because I can see it better."

When sight-fishing for smallmouths on beds, he said it's often ill-advised to throw your bait directly onto the nest.

"It's different than sight-fishing for largemouths, which a lot of times is a teasing game. With smallmouths, you're better off throwing it a little off the bed and (the bite) is usually going to happen quick.

"That first cast is the most important cast."

> Schultz said a topwater offering such as a Rapala Skitter Walk or Skitter V can be effective if conditions are right, whether smallmouth are on the beds or still staging.

> For jerkbait colors, he likes perch, olive green, pro blue and chartreuse. "It's a process of elimination and you have to experiment. It can change day to day depending on light levels, wind velocity and depth." 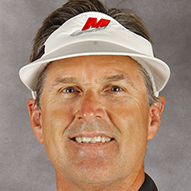