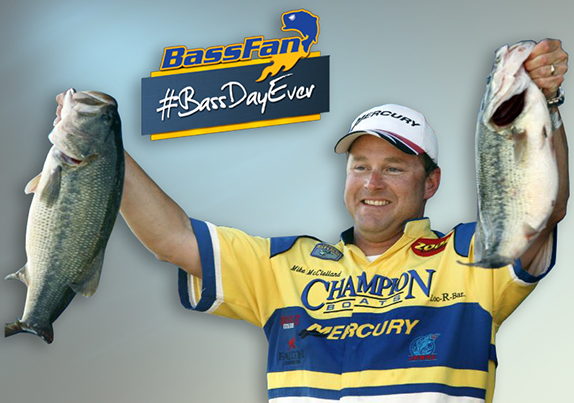 Mike McClelland had plenty of reasons to smile at the 2006 Grand Lake Elite Series.

In continuing the new BassFan Up Close feature launched last week, we are happy to bring you episode two in our #BassDayEver series, in which pro anglers delve into the details surrounding the single-most significant day of their tournament careers.

In the case of Jared Lintner, who shared his story a week ago, it was day 3 at the 2005 Clear Lake Bassmaster Western Open that still holds a measure of significance. Not only did he mount a big comeback to win the tournament that day, it helped set in motion the process that led to him committing to pro fishing as his career.

Today, Mike McClelland joins BassFan Editor Todd Ceisner to dissect the events surrounding day 2 of the 2006 Grand Lake Bassmaster Elite Series and why that single day still sticks out in his mind.

To that end, we want to hear about your #BassDayEver on the water. Where were you? Who were you with? What did you catch? Why was it memorable? Drop us a note in our Feedback section or visit us on Facebook, Instagram or Twitter.