BACK
In AOY Hunt

Shuffield More Confident After 4 Years Away 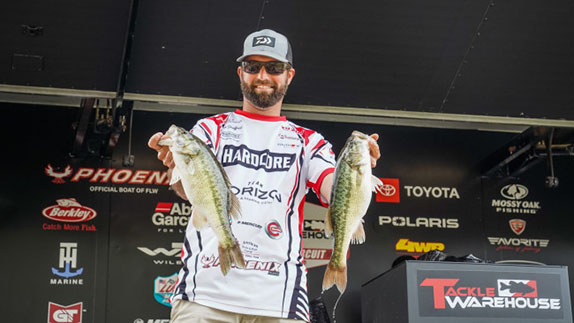 Spencer Shuffield's 3rd-place finish at Lake Martin put him in the thick of the FLW Pro Circuit Angler of the Year race.

Spencer Shuffield didn't leave the FLW Tour following the 2015 season because of an inability to catch fish or earn paychecks. In four seasons competing from the front of the boat after a dominant run as a co-angler, he never came close to having what most pro anglers would consider a truly bad year.

Circumstances away from the water were what caused his absence – namely a messy divorce that resulted in bankruptcy. But he's back this year and his 3rd-place finish in the most recent Pro Circuit derby at Lake Martin has put him in the thick of the Angler of the Year (AOY) race with half of the revamped season in the books.

"It feels so good to be back out there," said the 31-year-old son of longtime B.A.S.S. and FLW angler Ron Shuffield. "It was a miserable four years being away and I basically had to go to ground-zero to get back, and making it happen is a blessing.

"It never crossed my mind that I wouldn't be back. It was tough going through those personal issues, but I wasn't going to let them keep me down."

Shuffield didn't own a boat during the time he was away, but that didn't prevent him from excelling on various circuits around his home state. He was the top competitor on the Mr. Bass of Arkansas Series for both 2018 and '19 and picked up enough money fishing local events that he wasn't forced to take an 8-to-5 job.

He says he became a much better angler during his time fishing from borrowed boats – not necessarily from a mechanical perspective, but in the space between his ears.

"I had to relearn the lakes around here and I learned a lot about myself," he said. "I learned to make better decisions on the water and to hold a game plan together. If something doesn't develop as quickly as I think it should, instead of bailing for something else or just falling flat on my face, I feel that now I can stick with something and let it develop. Then if it's still not happening, I know it's time to do something else.

"I'm just going with the flow and letting the fish tell me what to do and things like that. Now I feel like I'm at the point where I can just scratch everything and go back to practicing and be confident in catching them. I don't have to stick with what got bit in practice and lock in on that. I can start over and do what's going on now.

"Fishing around here," he continued, "and knowing every inch of a lake and knowing that the fish haven't gone anywhere and seeing how they react in certain situations helps me make a more confident decision on fish in other places that I don't have as much experience with."

Shuffield, who's 8th on the points list, likes all three of the remaining venues on the schedule (Lake Chickamauga in late June, the Mississippi River in late July and the Detroit River in the middle of August). He logged a 4th-place Tour finish on the Detroit in 2012.

He's never visited the Mississippi (LaCrosse, Wis.), but has heard all the stories about 60- to 100-fish days on frog imitations.

His AOY chances likely would've been even better if not for the cancellation of the home-state Lake Dardanelle event.

"I hate that they had to take one tournament away and if everything had stayed the same and the coronavirus never took control, Dardanelle would've been fun to fish in May because everybody would've caught them better," he said. "Fishing it (during the summer months) would have been a battle.

"I don't consider myself an expert on Dardanelle even though I've fished it a lot. Maybe it would've set up better for me in June or July because it would've been tough on everybody."

He believes that he's now ready to compete for a top-level points title, whereas he really wasn't during his previous stint.

"It's not that it wasn't a goal before, but I was fishing against guys like Brent Ehrler and Bryan Thrift and Jason Christie and I was a 23-year-old kid. I had some blocks, knowing that a lot of guys had so much more experience than I did. It could've happened, but things would've really had to fall in place.

"With the mentality and confidence I have now, I feel like it should be a realistic goal every year, just like it was for the four years I was fishing around home." 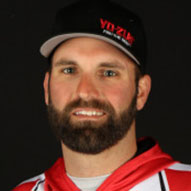