BACK
Another Strong Year 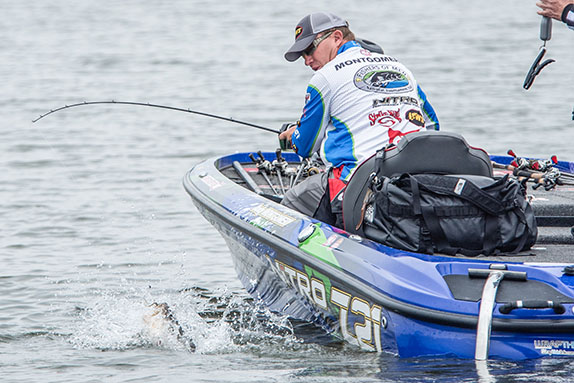 Andy Montgomery has finished now lower than 18th in any of the three Bass Pro Tour events that've been conducted this year.

Andy Montgomery spent five nights in a hospital earlier this month, but his stay had nothing to do with the coronavirus pandemic and he wasn't suffering any ailments whatsoever.

He and wife Sharon were there with 5-year-old daughter Kinsley, who underwent open heart surgery to fix a condition called atrial septal defect (ASD). Most babies are born with one or more holes in the heart, but the holes normally close themselves within a few months. Kinsley's didn't, as is the case with about 2,000 children born in the U.S. each year.

Kinsley underwent the operation on a Friday morning, then spent the next 24 hours in the intensive care unit before being moved to progressive care. They were released the following Wednesday.

"It's amazing how tough a kid can be, really," Montgomery said. "This was a one-time fix, but they found a little bit of fluid around her heart and lungs and we had to stay an extra day. They'll check on that in a couple weeks or so."

Montgomery said that the self-assuredness exuded by Kinsley's surgeon put him and his wife at ease throughout the process.

"He was extremely confident, and I liked that," he said. "He told us it was going to suck, but we were going to get through it and once he was done, the problem would be fixed and we'd never see him again.

With Kinsley's medical ordeal safely in the rear-view mirror, Montgomery is ready to get back to fishing. He was in the midst of his second straight strong season on the Bass Pro Tour when the COVID-19 interruption hit, having logged finishes ranging from 8th place to 18th in the first three events.

"I've fished pretty aggressively and I've made good decisions," he said. "I haven't been defensive at all and things have just worked out, I guess."

Some Major League fishing competitors describe the incessant ScoreTracker updates as stressful or nerve-wracking, but he says they have just the opposite effect on him.

"I love the format and knowing where I stand; it keeps me calmer," he said. "Fishing (five-fish limit events) in the past, if I didn't have 15 pounds by 9 o'clock, I thought everybody else did. The reality of the ScoreTracker has showed us that's not true – a tournament day is a process.

"Feeling like you're behind and playing catch-up can lead to bad decisions when you try to force something to happen. I've just been staying with the stuff I have the most confidence in and I know that sometimes if I ain't catching them, they just ain't biting. You're really almost never out of it when the whole idea is just to survive and advance."

As an example, he pointed to an MLF Cup event at Dale Hollow Reservoir in Tennessee in which he won a round despite not being on much.

"I wasn't catching them very good at all, but I knew I was leading so I stayed and did what I did. If it had been a (traditional) tournament, I'd have been sure I was getting my butt kicked and I'd have gone running around trying something different and there's almost no chance I would've won the round."

Montgomery said that none of his focus will be on the points race when the BPT returns to action June 7 at Florida's Kissimmee Chain for the inaugural Heavy Hitters derby.

"No, it's too early for that," he said. "My whole career I've been really streaky – I'll have four or five good tournaments and then I'll bomb one.

"(Winning the AOY) is possible this year, for sure, but I'm not thinking about it yet."

He is thinking about winning an event, though, after coming close on many occasions throughout his 14-year tour-level career that's been spread across all three major circuits.

"I'm ready to win," he said. "I've made a lot of Championship Rounds in MLF Cups, BPT events and World Championships and I've won Elimination, Sudden Death and Knockout rounds, but I just haven't been able to win that last round.

"If I keep putting myself there, the law of averages says it's got to happen sometime or other." 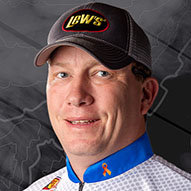