BACK
At This Time: May 1

An Olympics-Style Celebration In The Ozarks 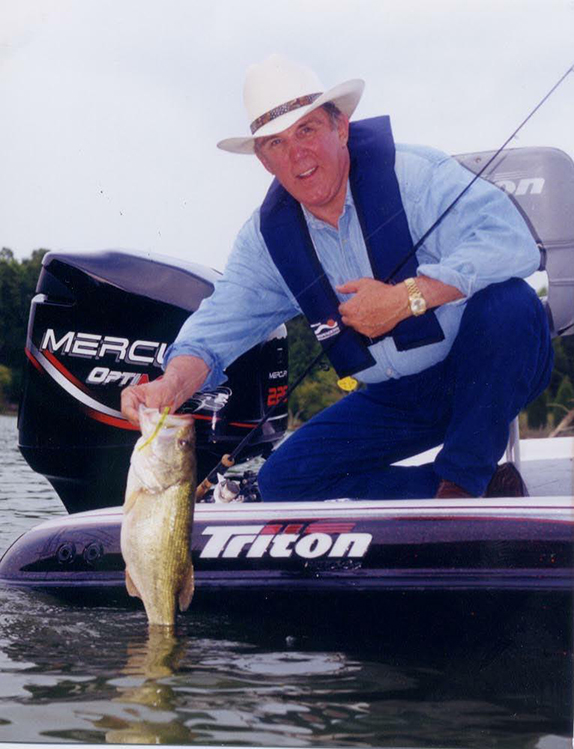 Ray Scott's fingerprints were all over the events surrounding the 2002 Professional Bass Fishing Hall of Fame World Championship in Hot Springs, Ark.

Man, oh man, the last week of May 2002 in Hot Springs, Ark., sounds like it would’ve been a good time. Those events were all part of the Professional Bass Fishing Hall of Fame’s World Championship during Memorial Day week 18 years ago.

An article published on May 1, 2002 on BassFan.com detailed the schedule of events surrounding the world championship, which pitted anglers from the top circuits against each other on the same body of water for the first time.

The Hall of Fame induction ceremony was also part of the festivities with Denny Brauer, Bob Cobb, Cotton Cordell, Guido Hibdon, Jimmy Houston and Johnny Morris comprising the second ever class of inductees.

The skills competition (presented by BassFan) gave fans an up-close look at how pros would fare as they were tested in challenges involving flipping, pitching, spinnerbait casting, light-line crankbait casting and the Carolina rig retie.

The light-line tournament was held at Lake Ouachita and forced participants (the world championship qualifiers competed) to use only 4-pound test line. Add all the events up together and it certainly had a fishing Olympics vibe to it.

Ouachita also hosted the first two days of the world championship, which was the headline event of the week with 61 pros taking part. Lake Hamilton hosted the final round with Greg Carpenter capturing the victory.

The whole concept was the brainchild of Ray Scott, the founder of B.A.S.S. and the father of modern bass fishing.

Here’s a rundown of some other news we’ve covered over the years on May 1. Check next Friday for another batch of archival content.

2019: The start of May was a busy time on the tournament calendar last year. The Bassmaster Elite Series was getting set to tackle Lake Fork for its annual Toyota Texas Fest. The Bass Pro Tour was in full swing at Smith Lake in central Alabama and the FLW Tour was about to take on Lake Chickamauga.

At Fork, pre-tournament talk focused on how shallow the bass would be with rain in the forecast for the tournament days.

Meanwhile, Jesse Wiggins popped off at his home lake to win the Group B Shotgun Round at Smith Lake.

Also, Bradford Beavers didn’t have a lot of time to revel in his FLW Series win at Santee Cooper as he quickly shifted focus to the Tour event at Chickamauga.


2017: Calling it “the hardest 12 pounds, 13 pounds I’ve caught in my entire life,” rookie Dustin Connell caught just enough (12-15) on the final day of the Ross Barnett Reservoir Elite Series to hold off a day-4 charge from none other than Kevin VanDam and capture the win, cementing his status as a rising young star in the sport.

2015: When the Elite Series visited the Sacramento River in the spring of 2015, there was a definite West Coast flavor to the leaderboard. Chris Zaldain, a native of San Jose, Calif., led after day 1. Aaron Martens, a SoCal native, took the lead after day 2 with a 26-09 stringer that put him on a 100-pound pace for the event.

Justin Lucas, another Cali native who was third after day 2, went on to win the event.

2010: The 2010 season was one for the ages for Skeet Reese. The California pro piled up five straight top-5 finishes, including wins at Smith Mountain Lake and Lake Guntersville.

The week prior to his triumph at Guntersville, Reese had a shot at another win on another TVA impoundment. With a 20-04 stringer on day 3, Reese, then the top-ranked angler in the world, shot into the lead entering the final day of the Lake Pickwick Elite Series.

Reese, who locked up to neighboring Lake Wilson, slipped to 5th on the final day as Kevin Short rode a tournament-best 23-05 to win his second career Elite Series title.