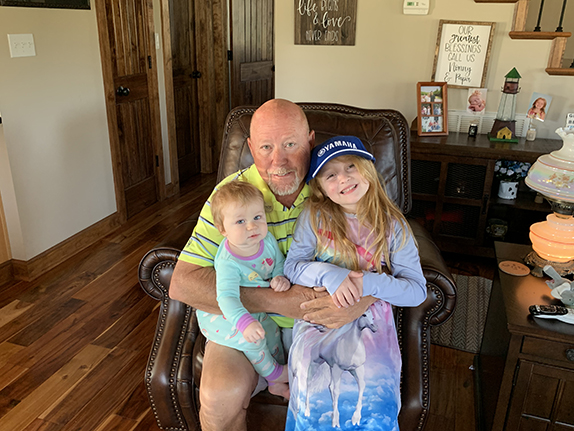 Candy Herren wasn’t sure where her husband was going Monday evening when she heard him leave the house. As the clock approached 8 o’clock Central time and darkness began to set in, she heard what sounded like a lawn tractor start up. Moments later, she noticed the tractor’s headlights trace across the yard.

Matt Herren was doing yard work. Evidently, it couldn’t wait until morning. Such is life for a stir-crazy professional angler starved for a tournament.

“He said to me the other day, ‘I’m about to lose my dang mind,’” Candy said of Matt, an Elite Series pro who, like most other pro anglers, has been hunkered down at home.

The wives of professional anglers have a unique perspective. In some cases, they are a one-person support staff for their husbands as well as travel partners and business managers. In other cases, they stay home to look after their family and work a full-time job of their own while their husband racks up the miles to and from tournaments.

More importantly, the wives know what makes their husbands tick. They know their rhythms and their moods, and the seemingly indefinite tournament hiatus brought on by the coronavirus outbreak has offered them a unique glimpse of something they don’t get to see too often – their husbands at home in the spring.

For tournament organizations, the late March and early April time frame is prime time for events across the South. The Lake Eufaula Bassmaster Elite Series would’ve wrapped up last Sunday. The fourth stage of the Bass Pro Tour season, slated for the Raleigh, N.C., area was due to conclude today. Both were postponed, along with many other events. When they’ll take place is anyone’s guess at this point.

Instead, anglers are at home with their families and their wives are loving it. So far.

Matt Herren has been at home since the Bassmaster Classic concluded on March 8 in Birmingham, Ala., a short drive from Ashville, where the Herrens reside on 35 acres of land. Candy said Matt has tried to keep himself busy with various odds and ends around the house. He’s fished a good bit with their grandchildren. He’s run his bush hog to clear some land.

On Monday, Candy and Matt went fishing together with Candy targeting crappie and Matt chasing his beloved bass. Matt went out again Tuesday, sans partner this time. Candy surmised it was because she got her lure hung up too many times Monday.

One thing the interruption in the tournament calendar did for the Herrens is it allowed them to be together on their wedding anniversary, which is March 17. Candy said it’s the first time she can recall in their 36 years of marriage that a fishing tournament didn’t interfere with their anniversary.

“I remember our honeymoon was spent fishing,” she recalled. “We had a Toyota truck and a flat-bottom boat that we put in the bed of the truck. We didn’t even have a trailer.”

Sara Tharp said she hadn’t been paying a whole lot of attention to the news in late February and early March. That’s what happens in the midst of a tournament season. When Stage Three of the BPT season at Lake Fork rolled around, though, talk about the coronavirus began to get louder.

So when Randall Tharp, Sara’s husband of 26 years, missed the cut in Texas, that meant they were headed back home to Florida earlier than they’d hoped to be. At the same time, they were happy to be where they felt the safest.

“When we get home from a tournament, our typical routine is go to the store and load up on groceries and then don’t go anywhere,” Sara said. “It’s usually so crowded with all of the tourists so we like to avoid all of that. The only difference now is there’s something about being told you can’t go anywhere that makes you want to go somewhere. I’m glad we’re home and glad they’re doing the right thing (by postponing events).”

Over the past three weeks, Sara says it’s been nice to be at home, but she can sense Randall is getting restless because of the uncertainty of when the season will resume. 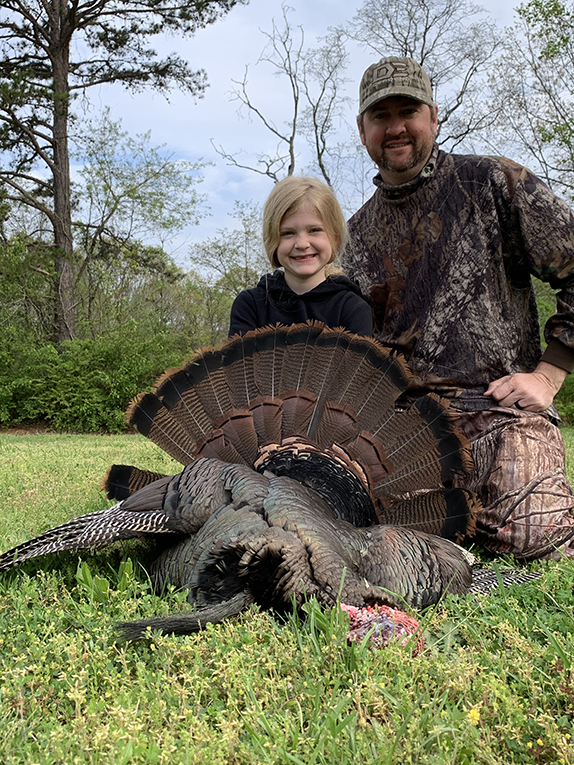 “Never in the history of our marriage have we spent this much time together,” she said. “We’re anxious just because (tournaments are) our primary source of income.”

They’ve done some saltwater fishing, explored some nearby bass fishing haunts and even started watching the Netflix series Ozark on the recommendation of family members they connected with on a video conference call.

“It’s been nice to be home and work in the yard and see the stuff bloom that we never get to the see,” she said.

Emily Arey knows it’s tearing her husband, Matt, up watching all of the springtime tournaments get postponed. She knows this is his favorite time of year to compete. Sure enough, both of his FLW Tour wins at Beaver Lake came in April.

But she also is relishing having him at home during this time so she can continue to work, albeit remotely, for a local community college near their home in Shelby, N.C.

“He’s had to do a lot of the parenting for our 7-year-old and 2-year-old,” Emily said. “Our oldest is involved in e-learning so he’s helping keep her on task and keeping the two of them from killing each other. There’s no way, if fishing was still on and this was happening, that I could keep working and manage the kids.”

She can sense her husband is anxious to get back into the routine of tournament fishing. She said he’s washed his boat and truck multiple times since he’s been home and he’ll vanish into his shop periodically.

“I don’t know if he goes to hide from us or to organize tackle,” she joked.

While North Carolina is under a statewide stay-at-home order, Arey has spent some of his free time fishing and hunting with his oldest daughter, Reese.

Last week, Reese and her dad went turkey hunting and she harvested a bird estimated to weigh around 20 pounds.

“The turkey was about as big as she is,” Emily said.

It’s moments like that that likely wouldn’t have been possible had everything carried on status quo.

“There’s a definitely been a silver lining to all of this,” Emily said. “He’s normally gone this time of year and it feels like this is taking us back to what our grandparents went through, working on the farm and spending time together. We know these moments are ones we’ll remember forever and that’s pretty special.”