BACK
Sleep With One Eye Open 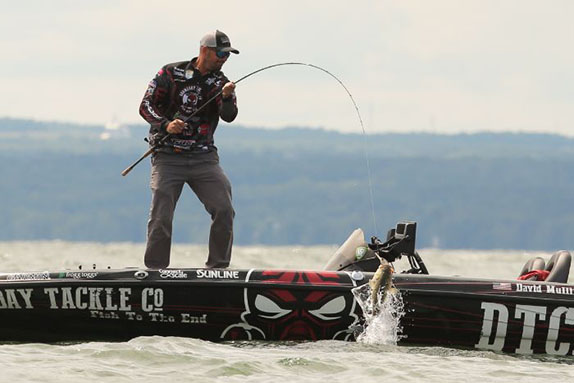 If you ever leave fishing rods at David Mullins' house, make sure to check your line after you get them back.

Between 2009 and 2012, I was out of the fishing industry and working for a law firm in western New York. It was my first office work experience outside of a daily newspaper newsroom. I learned pretty quickly that there’s a certain degree of decorum and professionalism that is baked into the atmosphere of a law firm, not that there wasn’t in the newsroom. Law firms are a different animal, though.

I adhered to those standards as best I could, but I found a few co-workers who were capable (and appreciative) of sarcasm. Even some (wait for it) attorneys. A couple co-workers and I would mess with each other and pulled from the standard office pranks playbook. Harmless stuff, really. Invisible tape to hold the space bar down on each other’s computer keyboard. Unplugging each other’s mouse in an inconspicuous manner or putting a piece a tape over the optical sensor under the mouse, effectively disabling the device until the tape was discovered and removed.

There were roughly 50 or so people who worked in the same office, which was accessible through two sets of doors, one on each side of the building located in a suburban office park. Both doors required a key tag for entry. As April 1, 2011 approached, I hatched a plan to have a little fun with everyone. I wasn’t totally sure how it would all go over. I guess I was putting my employment status in jeopardy in the name of some harmless fun.

I arrived early that day and placed sticky notes on each key fob scanner that read “Out of order. Please use other door.” I then stood in the office and watched through the windows as my co-workers and many of the attorneys went from one door to the other before finally realizing the doors were, in fact, fully operational. Later that day, I duped a co-worker into returning a phone message left by a Mr. Lyons. Only the number I gave her to call was for the Buffalo Zoo.

Professional bass anglers like a good prank just as much as the next guy. Whether it’s unhooking a buddy's boat trailer late at night or putting all kinds of things in an unsuspecting pal's livewell, nothing is really out of bounds when it comes to fishing pranks. So in honor of April Fools Day, what follows is a sampling of some of the shenanigans anglers have been party to.

Early in his guiding days at Lake Guntersville, FLW Pro Circuit angler Alex Davis would guide in the mornings, then work in the afternoons and evenings at a local grocery store. Each morning, Davis’ dad would make him a sandwich to ensure Davis had something for lunch on the water before heading to the store.

“I remember one April Fool’s Day, he made a big sandwich with everything I liked on it – egg, cheese, bologna,” Davis recalled.

While on the water with a client that day, Davis got about halfway through his lunch when he realized something was off. 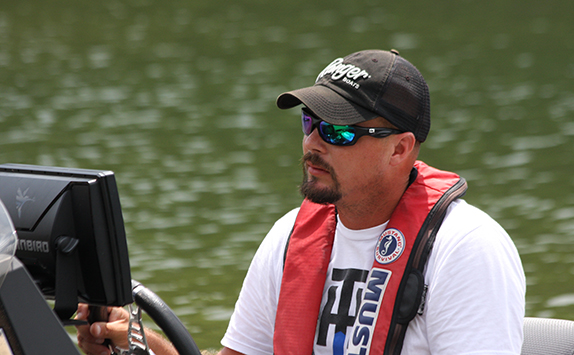 
Alex Davis has been on the receiving end of some pranks in his day and he's also dished out a few.

“That day was different because he had put a bunch of cumin, onion powder, garlic powder, cayenne pepper, you name it, right in the center so when I got to the middle of the sandwich, I hit pay dirt,” Davis said. “It was horrible. It was the worst thing ever. I felt my whole mouth get dry and when I tried to spit it out it was all powder and stuck to the roof of my mouth.”

Davis has also been known to deliver a prank or two as well.

“I had this client and he was really cool, but we decided to be funny and rig up a plastic snake under the livewell lid,” Davis said. “When he caught a good one, I told him to put it in the livewell so we could take pictures with it later. When he opened the lid, the snake literally came at him. He screamed, slammed the door and ran to the front of the boat.”

Three years ago, Bubba Loveless left a few rod and reel combos at the home of his friend, Elite Series angler David Mullins.

Days turned into weeks and the rods remained in the corner of Mullins’ garage, prompting Mullins to wonder if Loveless had forgotten about them.

“I started to think this lazy sucker hasn’t come back for his rods,” Mullins said. “There were like four of them. One had a jig, one had a big worm and another had a big crankbait tied on.”

Finally, Loveless called to let Mullins know he was planning to go fun fishing in the coming days and asked if he could drop by and retrieve his rods. Mullins said no problem, but first, Mullins wanted to make a slight adjustment to his friend’s tackle.

“I peeled off about 20 or 30 feet of line and cut it, then tied the line back together with just an overhand knot,” Mullins said.

The overhand knot, Mullins said, wouldn’t be strong enough to hold up when Loveless loaded up to make a long cast so Loveless’ bait would go flying no matter which rod he was using.

A couple weeks later, Loveless and Mullins and another friend got together to go fishing. Mullins inquired how Loveless’ other trip had went.

“Dude, I must’ve left those rods in the sun too long and the line got weak,” Mullins recalled Loveless saying, oblivious at the time to Mullins’ shenanigans. “Every lure I’d cast just broke off mid cast. I lost a big worm and a jig. Got my crankbait back, though.”

Later that day, while back at Mullins’ house, Mullins revealed to Loveless the real source of his line issues by showing him a video he’d captured of the line alterations. Check out the video below:

John Murray has been around the tournament scene long enough to have been witness to some doozy pranks, many of which aren’t suitable for print, but when he was rising through the ranks in the Arizona team trails, Murray recalled a team partner of his who traveled to tournaments in a motorhome.

“The guys who stayed in tents and the backs of their pickups always gave us a hard time,” Murray said. “One team in particular was always mouthy.”

Murray’s partner had an affinity for cooking lobsters the night before any big tournament, so at one tournament Murray and his team partner snuck out at night and filled their salty competitors’ livewell with lobster tails and parts.

“They next morning at boat check they had quite the mess to clean up,” Murray recalled. “It wasn’t a real mystery who did it, but we never really heard much from them again.”

Elite Series angler Jeff Gustafson has experienced his share of pranks during his tournament career, especially back home in northwestern Ontario. Gustafson often hosts friends at his house for tournaments at Lake of the Woods so it’s fairly common that someone winds up with something creative in their livewll.

“Pike, which are quite common up here around Lake of the Woods, is the most likely critter to get placed in another angler's livewell,” Gustafson said. “But over the years I've seen a duck, a sucker (a random fish that you very seldom catch) and one time someone put an empty minnow bucket in our livewell.”

That led to a stressful moment going through boat check.

“When we pulled up for boat check we opened the livewell to show the tournament organizer and his eyes lit up,” he recalled. “Fortunately, it was empty and we didn't get into any trouble, but it got our hearts pumping.”

During his days on the FLW Tour, Justin Atkins roomed with Scott Suggs. Now, both are Bass Pro Tour competitors. Atkins recalled a time when Suggs lost his pocket knife and became preoccupied with acquiring a replacement as soon as possible. As in that evening.

“We were out to dinner and it was bugging him real bad,” Atkins said.

Suggs, who is 24 years older than Atkins, wanted to visit Walmart, which was roughly 30 minutes away, to see about a new knife. Atkins accompanied Suggs (after Suggs agreed to stop at McDonald’s for a McFlurry on the way) and waited in the outdoor section while Suggs summoned a store employee to unlock the knife case.

“I’m leaning up against the knife case when Suggs and this girl, who was about my age, come walking back,” Atkins said. “She said, ‘Hi, how are you?’ I said, ‘I’m good. Just here with my pawpaw letting him pick out a new knife for his birthday.”

The joke, Atkins said, was mostly on the store worker since Suggs wound up paying for the knife she presumed was a birthday gift for him.

“The look on her face was priceless,” Atkins said.

Have a good story about a prank you pulled on a fishing buddy or one that you were a victim of? Let's hear about it. To share details, send us some Feedback.