BACK
Never Caught Big One

Bronchitis Got Best Of Hartman At Classic 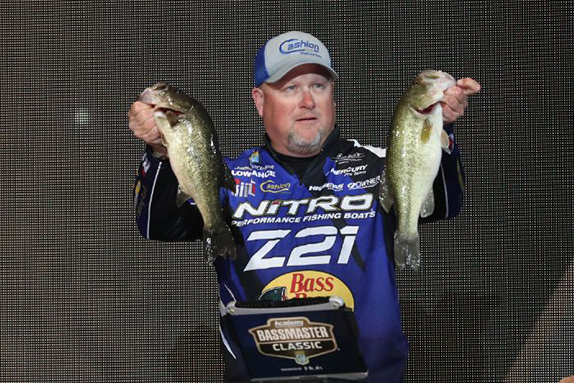 Jamie Hartman battled bronchitis for the duration of this year's Bassmaster Classic.

By the time Jamie Hartman made his first cast in the 50th Bassmaster Classic, he knew it was going to be a mighty struggle.

He was under the weather from the time he arrived in Alabama until a few days after the tournament concluded. His breathing was labored, he slept poorly every night and he was generally out of sorts. A trip to an urgent-care facility after the initial three-day practice session resulted in a bronchitis diagnosis.

“In one sense, I was happy it was not the flu,” Hartman said. “It really kicked my butt, no doubt. Physically, it wore me out.”

And it took a toll on his fishing, too. The whole experience was a disappointment for Hartman, who had a banner 2019 season with victories at Guntersville and Cayuga Lake in his native New York. He arrived at Guntersville for his second career Classic with high hopes. After all, he pulled off a 10th-to-1st rally there last June. He left without catching a fish over 3 1/2 pounds. He compiled a 13-15 limit on day 1 of the tournament, then faded on day 2 with four fish for 7-03. His 21-02 aggregate saw him finish 36th.

“I was definitely disappointed,” he said. “It started out bad from the beginning. I got sick going into it. I knew I was dealing with something, but had no idea what was wrong. It got me pretty good and got worse and worse.”

Sapped of his strength for much of the week, Hartman said the illness made it challenging to maintain a laser focus on the water. Adding to his frustration was the lack of bigger bites he got.

“I got up each day of the tournament and tried my best,” he said. “It messed with me a bit as far as my decision-making. Everything was kind of a blur. The whole experience was kind of ruined for me. Yes, I was at the Classic, but it turned into ‘Let’s get through this and see if I can do this.’”

Behind From the Start

Four days’ worth of practice at Guntersville during the pre-spawn yielded plenty of bites for Hartman, but his biggest fish was just 2-12. That left him hopeful that the bigger specimens would avail themselves during the tournament.

“I never came across anything,” he said. “I couldn’t figure out why.”

He mainly focused on a flat located adjacent to a creek channel at the mouth of a creek up toward the river portion of the lake, roughly a 40-minute boat ride from blast off.

“It was the textbook perfect staging area,” he said. “They’d pull out of the deep creek channel and onto the flat. It wasn’t hard to get bit, but it drove me nuts the non-keepers I was catching and how often other ones would bump my bait. For every 20 I caught there, there must’ve been 40 of them bump it. They just weren’t eating it. I don’t know if those were the better ones, but I just couldn’t get a good fish.”

On day 1 of the tournament, he tallied nearly three dozen keepers with the biggest being a 3.2-pounder.

“That was the biggest fish I caught all week,” he added. “I still don’t know why. I guess I’m not that familiar with the whole pre-spawn thing in a lake like that compared to where I come from. I knew what I needed to do, but I never came across a good one or figured out how to catch ‘em.”

Running low on energy, he tried to move around to other spots, but the local fishing pressure and spectator traffic made that a chore. Eventually, the symptoms of his bronchitis wore him down.

“It took my edge away,” he said. “I know so many times things unfold during the tournament like the last time we were at Guntesville. It just took the drive out of me. I just tried to make it work where I thought I could just wear on them.”

Things didn’t improve on the second day of competition for Hartman. He spent a couple hours on the stretch where he’d caught fish all week, but he eventually pulled the plug with four keepers in his livewell.

“I wasn’t getting any bigger bites, so I threw the towel in,” he said. “I was feeling horrible that day. I got no sleep the night before and I was like, ‘Just let me just get closer to the ramp and try to fish some of the stuff I’d practiced on in hopes I’d run across a school or a bigger fish.’”

Nothing else materialized and he made the 90-minute drive to Birmingham one fish shy of a limit.

“It was pathetic,” he said. “Everything that could’ve went wrong went wrong. I’m almost thankful it was the Classic because it wasn’t a points deal. It changes your attitude when you feel that bad.”

Adding to his frustration were some of the logistics related to the tournament. During the tournament, Hartman stayed at a house on the lake so he didn’t have to make a long drive in the pre-dawn hours. There was no escaping the commute to the weigh-in each afternoon or the return drive back to the lake in the evening, but he noted it was difficult to have much fan interaction at the takeoff ceremonies due to the dock location.

“My first Classic (in 2018), the intensity level was there and the pressure was there and I enjoyed all of that,” he said. “This was way different. The takeoffs were different. The whole deal with the drive afterward … I don’t like talking negative, but the whole setup was not competitor friendly.”

After a disappointing event, Hartman opted to stay at Guntersville a few extra days. He began to feel better and he said the fishing improved as well as a warming trend began to take hold. However, once B.A.S.S. announced the Lake Chickamauga Elite Series (March 19-22) was being postponed due to the coronavirus outbreak, Hartman headed home to Arkansas where he’s had plenty to keep himself busy.

He and his girlfriend recently purchased a house in Greenbriar and they’ve been working to get moved in and organized. Hartman is also hustling to get his fishing shop up and running before the season resumes.

“I got home from Guntersville, took a 5-minute break and haven’t stopped since,” he said. 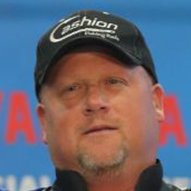