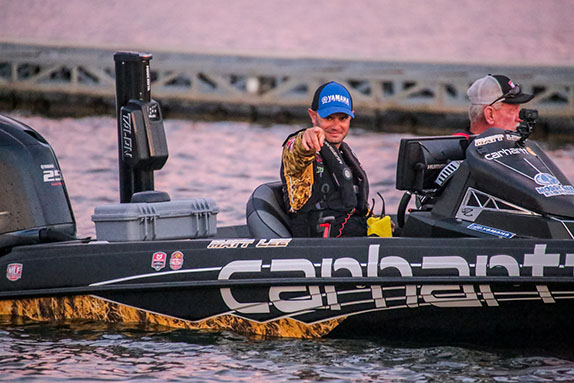 Matt Lee has made some adjustments to his lifestyle since finding out 9 years ago that he suffers from Type 1 diabetes.

Matt Lee had nutritional habits similar to many 22-year-old college students back in 2011 – he ate a tremendous amount of junk food. Still, on a visit to his home in Cullman, Ala. for Thanksgiving, his father commented that he was looking a little skinny.

"He was always paranoid about me being sick and I just kind of blew it off," Lee said. "But then I went and weighed myself and I was 145 pounds. I'd been 160 when I graduated from high school and was really in shape."

Bruce Lee, a veterinarian, took the older of his two bass-crazed sons to his clinic to do a blood-sugar measurement, which registered more than 600. Then he tested his own blood just to ensure that the sugar meter wasn't out of whack, and it was in the normal 100 range.

"Well son, it looks like you're diabetic," Lee recalled his dad saying.

Indeed, it was soon determined that Lee suffers from Type 1 diabetes, a chronic condition in which the pancreas produces little or no insulin. Commonly known as juvenile diabetes, it usually shows up well before a person is old enough to legally purchase an alcoholic beverage.

"Nobody knows where it came from – the doctor said it could've been a virus or something else," he said. "My mom was adopted at birth, so we don't have any medical history on her side of the family and nobody on my dad's side has ever had Type 1.

"I had a roommate (at Auburn University) who had it, but that was the first time I'd ever been around it."

Lee's condition, which requires him to wear an insulin pump at all times, leaves him at higher-than-normal risk during the current COVID-19 pandemic. The primary issue is that he can't take many of the standard medicines that are given to people afflicted by it.

"Flu-like symptoms get treated with steroids, and there are certain steroids that I can't take because they'll raise my blood sugar," he said. "It keeps me from using a lot of medicines that would make me feel better, so it ends up dragging on longer. It's just one of the extra things that has to be on my mind."

He said he battled through a case of Type B influenza in December.

"I've had sinus infections that were worse than that flu. Yeah, I'm a younger person and I feel good and I should have the ability to fight something off, but it's still something you want to avoid.

"It's good that where we're at in Alabama (Guntersville) isn't densely populated. I haven't been to a Walmart or anything like that. I've been to Dollar General twice in the week and a half that I've been back (from the recent Bass Pro Tour event in Texas). I have to be as careful as I can. I still want to live a normal life, but I don't want to be an idiot about any of it."

Lee said that his condition doesn't have a major impact on his career. The Major League Fishing format, which divides a day on the water into three 2 1/2-hour periods with 15-minute breaks after the first and second, is beneficial to him.

"I'm probably someone who fishes too fast and those breaks allow me to stop and get something to eat," he said. "Plus, I can check my pump and my blood sugar without having to try to do it while I'm running down the lake."

He and wife Abby stay in their fifth-wheel trailer at tournaments and prepare almost all of their own meals. His diet is heavy on meats and green vegetables, which contain no carbohydrates, and he avoids foods such as pasta and fried potatoes.

He's never had much of a sweet tooth (he said that's always been brother Jordan's affliction) and has no problem avoiding foods that are high in sugar. He'd choose a steak over a couple of Snickers bars every time, even if he weren't diabetic.

"It's all about changing your lifestyle and managing it," he said. "I'm not lucky to have diabetes, but I'm lucky to be able to control it and live a normal life. There's a lot of amazing technology that we're dealing with in this day and age and a lot of knowledge about how to treat it." 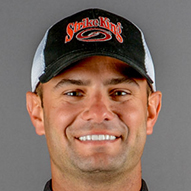