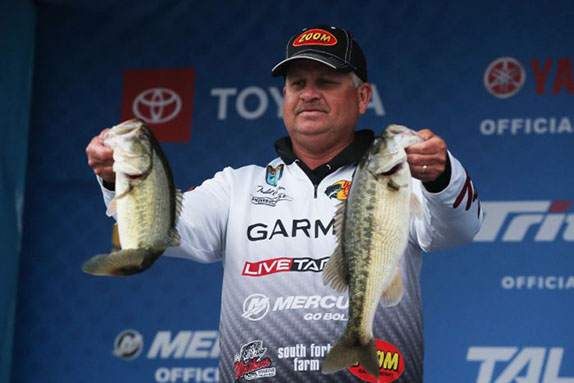 Todd Auten says he'll be curious to see what the water temperature and clarity are like when Classic practice gets started.

Practice for the 50th Bassmaster Classic begins next Friday morning at sunrise. The 53 anglers will get three days to dissect and decode Lake Guntersville then get one last look at the lake on Wednesday, March 4 before every cast counts starting on Friday, March 6.

But preparations for the Classic have been ongoing for months now. Many anglers visited the lake before it went off limits on Dec. 31, 2019. There’s been plenty of map study, tournament results research, rehashing of personal memories and ordering of baits just for this one three-day derby. Not to diminish the preparation process for a regular-season tournament, but the work that goes into getting ready for the Classic is difficult to measure.

It’s a totally different animal compared to other tournaments and every angler has to adjust his own routine to get ready. The practice period, for instance, is a week before the competition begins rather than immediately prior to the start of competition. There are a couple of off days, then another day on the water, then media day before the tournament gets going.

For 30 of the 53 anglers in this year’s field, it’ll be their first taste of the full Classic experience. Many of those 30 have experience competing in the FLW Cup – Clent Davis won it in 2018 – but the Classic is just different. The demands on anglers’ time are greater and the pressure to excel is amplified by the attention focused on the event across the fishing industry.

BassFan quizzed three Classic qualifiers about what their off-the-water preparation has been like and what they hope to learn once they get on the water next weekend. 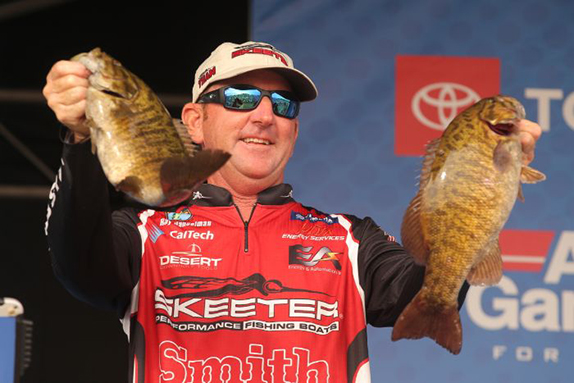 
Ray Hanselman Jr. has tried to keep his mind off the Classic in recent weeks.

At 54, Todd Auten is among the oldest anglers in this year’s Classic field. This will be his fourth career Classic and first since 2008. He’s also competed in six FLW Cups so he knows what goes into preparing for a tournament with a massive payday on the line.

Ray Hanselman Jr. is best known for his unprecedented dominance of the FLW Series in 2015. His win at the FLW Series Championship that year earned him a berth in the 2016 FLW Cup. Now, he’s ready to get a taste of the Classic for the first time.

Skylar Hamilton punched his ticket to this year’s Classic with a strong showing at the Angler of the Year Championship last year at Lake St. Clair. It’ll be Classic No. 2 for the Dandridge, Tenn., native.

Below is a Q&A with all three anglers:

BASSFAN: What factors related to Lake Guntersville are you tracking now and how closely?

> TODD AUTEN: I know they’ve had a bunch of rain, but I haven’t been watching it. Still, to me, it’s so far out that it won’t matter. Things can change so much in a week. One week of warm weather can change it, so I try to stay away from that because I’ll start watching and then here comes a storm or cold front. I try not to worry about it. It’s going to be what it’s going to be. When it gets closer, I’ll probably get on the web and look around for fishing reports or anything to give me a clue. We have all these memories, too, but usually it’s never the same. I try to go in with an open mind with the baits I prefer to throw.”

> RAY HANSELMAN JR: “I’m trying not to because you can always over prepare. It’s kind of like St. Johns last week. We had two days of cancellations after we already had our game plans. That was two days to second guess and then go out and do something different, and catch two. Then we go back to the first plan and catch 13. That taught me your first instincts are usually the best bet.”

> SKYLAR HAMILTON: The main thing is water level. Living near the start of Tennessee River, I can tell what’s going to happen because it takes a couple weeks for what we see here to make its way to Guntersville. Seeing the conditions at Douglas (Lake), Guntersville is going to be high and dirty. I think it’s going to be a different Classic than what people are expecting.

BASSFAN: What factors will matter more in your mind as it gets closer to practice?

> TA: The two main things are temperature and water color. If the water is warming, those fish will be coming.

> RHJ: I’ll be looking at the forecast. You have to be prepared for any adverse conditions, whether it’s high, muddy and cold water. You want to make sure you’re taking the right tackle. I’ll also see if I can look at maps that show creeks that don’t get as washed out bad as others. Plan A is to look for semi-normal conditions for this time of year. Plan B will high, muddy water.

> SH: I haven’t really fished Guntersville in those conditions. I’m not sure how the grass fish will be affected. You can’t really look at much other than water levels and weather. I’ll look at all the public info I can and prepare for it like another event except it’s a little closer to home and I’m a little more comfortable there.

BASSFAN: What’s the first thing you’re going to check when you hit the water for the start of practice next Friday?

> TA: I’m going to ride around and see if there’s any grass. With all the current running through there, we don’t have a clue what the grass will look like. I imagine there is still some somewhere in there. I’ll be looking for the good, bright green stuff and go from there. 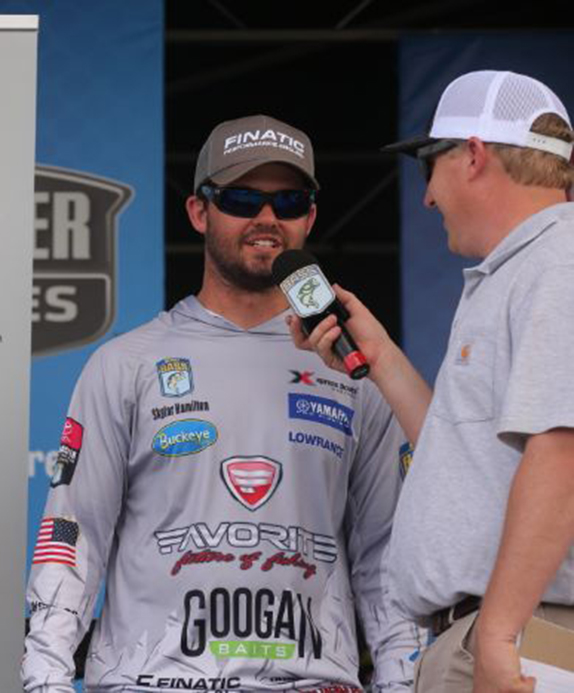 
Skylar Hamilton is expecting the water to be high and muddy at Guntersville.

> RHJ: Water temperature and clarity. I’ll be looking at the 10-day forecast and try to practice for the weather that will be coming during the tournament.

> SH: The water clarity and temperature, but the biggest thing will be the grass. I’ve only fished there when it’s stable. The whole river is under a flood watch until the 22nd, so we may get there and there not be any grass. If we get there and the water is in the mid 50s and not dirty, then grass will be a factor if it’s still there. How the dirty and high water will affect the fish in the grass will be a learning experience for me.

BASSFAN: What is your primary goal for the first three days of practice?

> TA: I’m going to be looking for patterns and hopefully if that’s working, I can build off of those. We get that extra day and that will be the determining factor if you can go back to some stuff and get bit, then it could get better. If it gets cold, it could make you have to start over. It seems lately, the less practice I get the better off I am.

> RHJ: Hopefully, it’ll be a steady weather pattern, either cold and crappy or a warm trend. That’s ideal because it helps you lock down what might hold up. If it’s a warming trend, then I’ll try to plan for where they’re going to be.

> SH: Just a general area. Guntersville, for me, has been up river or down lake type of place with nothing in between. I want to figure out an area that can put me in position to win the tournament. Maybe find something out of the way that other anglers or spectators might not affect as much.

BASSFAN: Do you feel it’s possible to prepare too much for a tournament?

> TA: I do. Take Lake Tenkiller last year, for instance? I read about hair jigs there and went out and bought a bunch. I got there and they weren’t biting it. The water wasn’t as clear as I expected and it changed everything. I try not to get too caught up in that stuff because things are going to change every day.

> RHJ: I’ve learned to trust your first instinct. We’ve all done this enough to know what you come up with first is what you should probably stick with. If it’s normal conditions, there is only a handful of baits to be used anyway. There’s no reason to get off on a tangent this time of year.

> SH: Yes. I feel like I do it every year in Florida. You can do it for the Classic just because of all the anticipation. By not having that second tournament and having more time to prepare, I tried to stay busy doing other things and get my focus off it so I can treat it like a normal tournament.

BASSFAN: Do you think the Lake Chickamauga Elite Series postponement hurt or helped your preparation for the Classic?

> TA: I think it helped because I’d rather be at Chickamauga at the end of March versus the end of February. for the way I fish. It would give you a little bit of practice, but we’ve had all this rain so I’m not sure it would’ve done anybody any good.

> RHJ: I already did my homework for Guntersville and I didn’t want to get back into it, so I’ve been into baseball tryouts with the kids. I don’t want to overdo it.

> SH: I’ve always thought the Classic should be the first event of the year. I enjoyed (the postponement) because I was still getting things worked out on my boat. I didn’t have a lot of time to get things dialed, so now I’m more comfortable.