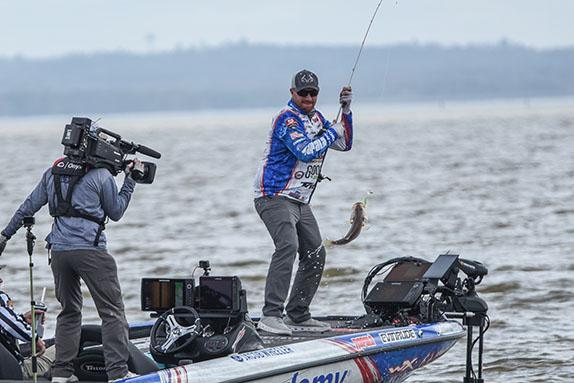 The accolades just keep piling up for the No. 1 angler in the BassFan World Rankings.

Jacob Wheeler became the first MLF Bass Pro Tour competitor to win two events as he blew away the rest of the top-10 field in the Championship Round of the 2020 season opener at Lake Eufaula in Alabama. The 29-year-old reigning MLF World Champion amassed 68 pounds on 24 scoreable fish (2 pounds or heavier) during his final 7 1/2 hours on the water, routing runner-up Bryan Thrift by more than 27 pounds.

"To start off this season with a win here on Lake Eufaula is unbelievable," he said. "I'm speechless; I'm just so blessed to have the opportunity to come out here and compete.

"Ten years ago, I was that kid just dreaming of becoming a pro angler. To see what's happened in my career ... I don't take any of these for granted."

He was a non-factor during the day's first 2 1/2-hour period, registering just one fish and languishing in 8th place. However, from there on out, he put on a display of utter dominance.

A nine-fish, 23-11 showing in the second period vaulted him to 2nd place, 1-05 behind early leader Ott Defoe. Then he went wild in the final period, catching 14 fish for 42-05 to win by a record-setting margin for a regular-season BPT event (Andy Morgan had previously held that distinction with his 19-pound-plus triumph last year at Lake Chickamauga).

Wheeler led at the end of all three of his competition days (he and Thrift got to skip the Knockout Round by compiling the most weight during their respective group qualifying rounds). About the only thing he didn't do was catch a really big fish – his best of the week was a 4-10, which was barely more than half the size of the tournament-best 8-15 that Brent Chapman caught in the Knockout Round.

He caught all but one of his fish in the Championship Round on a spinnerbait. His primary locale was the tip of a wind-blown point where the fish were sitting in about 8 feet of water (full details of his winning pattern will be published in the coming days).

He found those fish during practice, but was unable to get them to fire on a crankbait on either of his two previous competition days. They were more than willing to eat the spinnerbait in the finals.

"I love offshore fishing and there's nothing better than seeing them on your electronics, then turning around and catching them on every cast."

Thrift, making his BPT debut, held the lead before Wheeler boated 22-pounds on seven fish over a 17-minute span in the final period.

"This being my first MLF event, finishing 2nd feels like a win," he said. "My hat's off to Jacob. 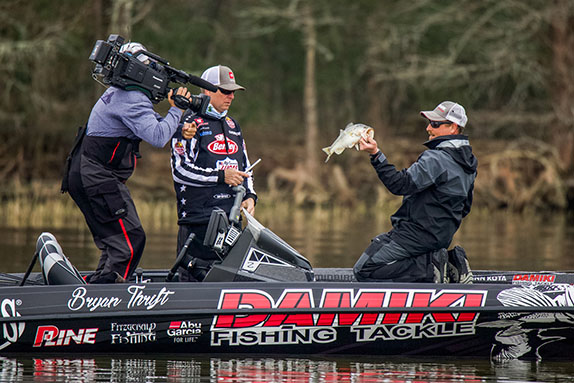 "I didn't miss any fish, I didn't lose any fish and I fished exactly the way I wanted to. I had some isolated offshore stuff that I fished early and went to the docks later in the day and I thought there was a chance that might be the winning deal, and it might've been if Wheeler hadn't gotten on the Mother Lode. But it was a very successful week for me and I'm looking forward to going to Okeechobee for the next one."

DeFoe had a stellar first period as he caught 22-02 to build a lead of nearly 5 pounds. His six-fish haul included a 6-15 specimen, which took big-bass honors for the day.

He was still on top after the second period, but Wheeler, Connell and Thrift had all pulled to within 3 1/2 pounds. Thrift was the first to pass him in the final round, and then Wheeler quickly overtook Thrift and just kept going.

"If you're going to lose, you want to lose big," DeFoe said. "I lost a couple of fish today and if I'd ended up losing by only a few pounds, I would've been pretty sick. I'm just thankful to have had such a good week.

"I was in the lead after two periods – I was hanging by a thread, but I was there – so I was where I needed to be. I'd already run the meat of my stuff, though, and I really didn't have anything else to go to. I basically got to practice for two additional days (during the tournament) and I never found anything special."

It was his second MLF victory at Eufaula – he also triumphed in the Challenge Cup there in 2017.