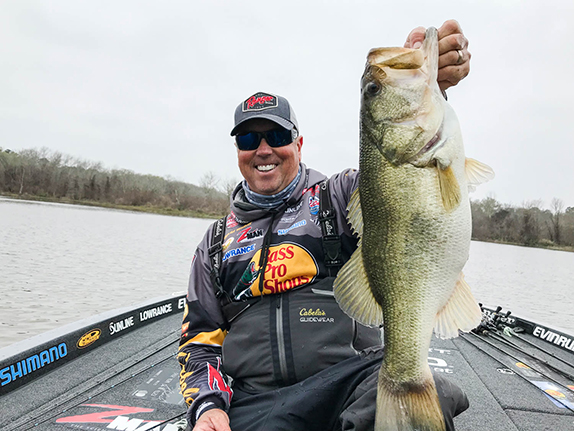 David Walker performed admirably during the first half of the 2019 MLF Bass Pro Tour season. The veteran from Tennessee made the money cut (top 40 out of the 80-angler field) three times in the first four events, including a 5th-place finish at Lake Conroe.

He was in 25th place – well inside the cutline for the Redcrest Championship – at the campaign's midway point. It was all downhill from there, however, as he finished in the 70s in each of the final four derbies, resulting in a placement of 67th on the final points list.

The post-spawn period wasn't kind to him. As bites got easier to come by under the count-'em-all format, he simply didn't keep pace.

"Early in the season when the numbers were down, I was competitive," he said. "Toho was a numbers deal and I didn't do that good (he was 53rd in the season opener in Florida), but the places that were cold and muddy and the fishing wasn't all that great, my forté was the way to go.

"Then when it got to the point where you could catch a hundred fish a day ... I could never catch that and I was getting killed. I didn't have a chance and I felt that way going in. It was a real eye-opener to see just how many fish were caught, but it was year 1 of this deal, so at least from now on I'll know what I'm getting into."

The 54-year-old Walker fished 19 professional seasons under the traditional five-fish limit format. The MLF mode – particularly the ScoreTracker updates that kept him abreast of where he stood in the field at all times – created tension like he'd never experienced before.

"It's hard to describe it until you've been around that cutline – it's pretty crazy," he said. "We used to all talk amongst ourselves about what (weight) it was going to take to make a check; we were all interested in 50th place even though the fans weren't.

"Now all of a sudden the cutline is so important to everybody, even more so because you know every time you get inside of it or fall back out of it. In a regular tournament you don't drop back until everybody's weighed in and they finally print the standings and you find out who ends up where, but now you know all day long.

"God blessed, it's so nerve-wracking," he continued. "Some people love it and some people hate it obviously, and I'm kind of in both camps because I love it and hate it at the same time. It's a non-stop rush of adrenalin that you get all day. It's definitely a different beast."

Walker believes he'll fare better overall in 2020. He has a firmer handle on the format and he's certain that the variable minimum weights set for each venue will aid him as it will greatly reduce the aggregate of scorable bass caught by the field.

For instance, the scorable-fish minimum for the season opener at Lake Eufaula next month will be two pounds. The threshold was one pound for all events in 2019.

"That's a wrinkle that should work in my favor by cutting those numbers down," he said. "It's going to change up the strategy a little bit.

"I think the format and the lake you go to and the time you go there have so much to do with how it's going to end up. We've done it for one season and been to eight lakes, but I don't know what to expect when we go to the St. Lawrence River because there truly are so many fish in there. I can't imagine the weights that are going to be put up in a deal like that.

"There's going to be a learning curve that takes a while. You can't really learn this whole thing in a year." 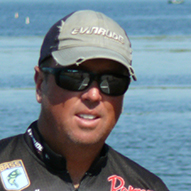