BACK
Settled In Quickly 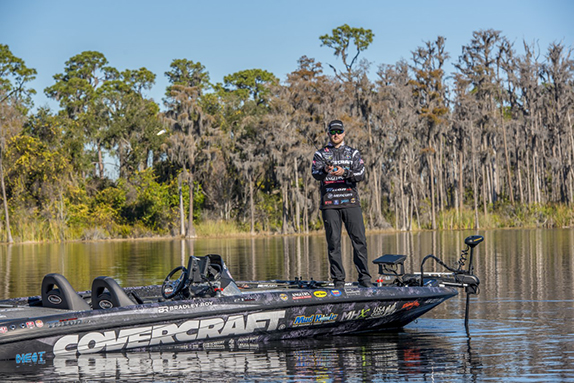 Bradley Roy was one of the most consistent performers on the Bass Pro Tour in 2019. Now, he's anxious to see how some rule changes will impact competition.

Bradley Roy has done some poking around at Lake Cumberland in the last couple weeks, but it was mostly to break in his new boat. Once he crosses a few more housekeeping items off his to-do list, like taking his boat to be wrapped, he’ll be ready to start slinging casts during year two of the Bass Pro Tour.

“I’m ready to go fishing,” Roy said, “but there’s a lot to get done before then, though.”

Roy will enter the 2020 season brimming with confidence after a solid inaugural campaign on the BPT. He was among the few dozen competitors who’d not previously competed under the Major League Fishing format. Just three of them (Jeff Sprague, Andy Morgan and Jared Lintner) finished ahead of him in the points standings. By Roy’s estimation, it was as good a season as he could’ve hoped for, all things considered.

“There was a lot of new stuff going on,” he said. “For us as anglers with the new tour and it was a definitely a new way to fish. Not that I changed tactics, but I changed my thought process. We all knew these guys were good, but when you let them catch all they can, holy cow.”

Roy’s average finish during the 2019 season was 30th, with his best showing coming at Smith Lake, where he placed 12th. He made the Knockout Round at four other events and a 45th at the first Table Rock Lake tournament was his worst outcome.

It was, by most metrics, a very Bradley Roy season – rock solid, but not spectacular. For as consistent as he was, though, Roy feels like he missed some opportunities to consistently push his name further up the ledger.

“I feel like I left some stuff on the table,” he said. “There were some situations where I could’ve done better, but by no means am I disappointed with how I did in the first year.

“It was kind of a whirlwind getting adjusted to the new format, so I’m thankful for what I did do. There were a few times where I could’ve done better had I been more adjusted to the format.”

He said it took him a couple tournaments to get a good feel for the format and how to strategize around it.

“What did change was once we got out of the pre-spawn time and into the post-spawn when they grouped up, it changed again because of how the fish would behave,” he said. “I never got comfortable, but I got better at it as the year went along.”

He said he saw how other anglers, notably Jacob Wheeler and Greg Hackney, were able to get acclimated to the BPT format quicker because of their extensive previous MLF experience.

“It was just an easier transition for them,” Roy said.

Roy felt the MLF format may have forced him to fish faster than he would have in a five-fish stringer scenario.

“The ScoreTracker affects you when you know what everyone else has,” he said. “There were times when I should’ve let things develop or gone back through an area, but I didn’t because other guys were lighting them up.”

Roy is anxious to get the season started partly because he wants to see how some of the new BPT rules will impact competition. Roy said anglers debated whether to implement a daily limit to increase the emphasis on catching bigger fish. They ultimately settled on a move to a variable minimum weight rather than counting every fish weighing one pound or more.

“Time will tell if we made right decision and I’m in favor of it,” he said.

For instance, at the Lake Eufaula BPT, a bass must weigh two pounds in order to be counted. At other venues, the minimum weight could go up or down.

“I’m excited about the variable minimum weight change because it should allow guys to let things develop versus catching one every five minutes,” Roy said. “I think you’ll see a lot of lakes with a two-pound minimum.

“From a personal side, I think the minimum weight will help me. Coming out of the five-fish deal, keeping that ScoreTracker a little quieter will benefit me. It’s amazing how quick these guys can get bites.”

Roy also favored the awarding of automatic berths in the Championship Round to the winners of each Elimination Round. The rule change was implemented in an effort to discourage anglers from racking up big weights in the Shotgun Round, then coasting through the Elimination Round as long as they remained in the Top 20.

“It will put more emphasis on guys winning those rounds and gives them incentive to keep going,” he said. “Overall, it helps the competition.” 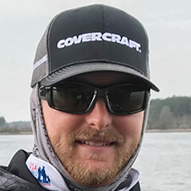