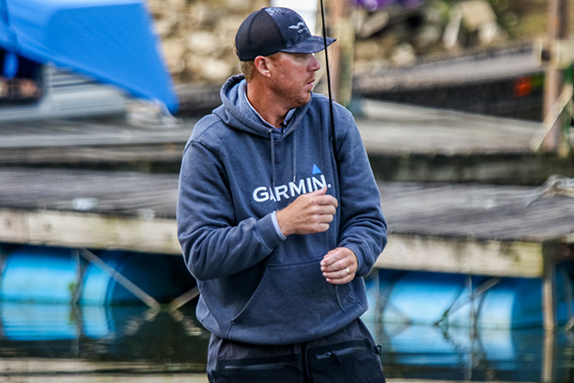 Greg Vinson capped his strong campaign on the Bass Pro Tour with a 3rd-place finish in the Redcrest championship.

Former college baseball player Greg Vinson was a .500 hitter during the 2019 MLF Bass Pro Tour regular season – he advanced out of the Elimination Round at four events and was sent packing after two days on the water in the other four. However, it could be said that his failures were "quality misses," as he never finished lower than 51st place in the 80-angler field.

His total avoidance of bombs served him well in the points standings as he ended up 26th and qualified for the inaugural Redcrest championship, in which he finished 3rd at the Mississippi River in Wisconsin. He also made two of the four MLF Cup events and missed another by just one place.

"The way I fished has sort of been the name of the game for me in other formats – just maintaining that consistency," said the 42-year-old Alabamian who's now fished 12 professional seasons across three circuits. "Thinking back to the previous season on the (Bassmaster Elite Series), I was 8th in the points going into the last two events and we ran off to a couple of smallmouth fisheries, which I'm okay with and have had pretty good finishes on, but I let them get me. That's one thing you can't do."

His placements of 86th at Lake Oahe and 105th at the St. Lawrence River sent him on a nosedive in the standings and he ended up 37th on the final list despite a 12th-place showing at the Angler of the Year Championship event. The freefall pushed him out of last year's Classic.

There were no such stinkers on the BPT.

"I think the format (counting every fish that registers at least a pound) suits my style of fishing. It requires you to fish instinctively and accommodates someone who's pretty versatile. I'm not saying that I'm more versatile than the other guys out there, but it's the way I've fished my whole career – figuring out a way to catch fish that will keep you in the game and not picking one or two strengths and just trying to ride them.

"You have to figure out ways to catch fish at any time of day throughout the whole game. Time will tell over the next few years whether my approach is right."

Searching for the Right Feel

Vinson calls his approach to BPT events "pretty generic," but he was able to make simplicity produce to at least some extent in every outing when a lot of other veterans couldn't.

After considering the type of fishery, seasonal patterns and current conditions, he tries to determine which techniques that he's most comfortable employing will consistently produce bites.

"That can change by the hour, especially early in the year when the water's warming up and fish are getting closer to the spawn and moving (shallower) and getting more active," he said. "They might be in a totally different part of the water column and using different cover later in the day than they were in the morning.

"You have to move with them. Either that or really slam them when you're on them and hope it holds up, but that usually doesn't work."

He fished a lot of jigs (both conventional and vibrating) during the early portion of the season. Once the spawn was a thing of the past, he threw a lot of jerkbaits and topwaters and mixed in finesse techniques such as wacky rigs and dropshots.

With two stops in Florida and visits to venues such as Lake Eufaula and Grand Lake, the 2020 BPT schedule can be characterized as more of a large-fish slate than the inaugural-year lineup was.

"I'm excited about that because I know I'm going to get a lot more big bites in practice and during the events, but I'm a little nervous because the fishing's going to be so good that I won't really know what to expect," Vinson said. "They're all going to be fun events – all those places are loaded with either big largemouth or big smallmouth (or both) and they're some of the best in the country.

"When we went to (the three-lake event in) North Carolina last year, the second bite I got in practice was a 7-pounder and I immediately thought it was going to be a fun week, and it was. That one's on there again and there are others like it. It's going to be exciting."

Qualifying for more Cups will be one of his primary objectives.

"I love the Cups format – no practice and you're breaking it down on the fly. For me, that's the ultimate experience. You don't know what you're dealing with and you've got to figure it out under pressure and try to do it better than everybody else." 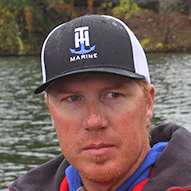