BACK
Made A Lot Of Hay Early

Cobb Was Just A Little Off In Season's 2nd Half 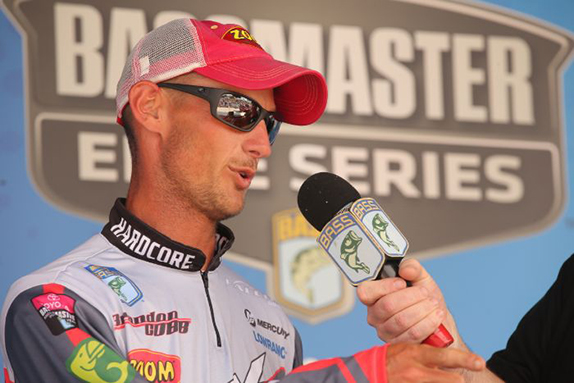 Brandon Cobb had a stellar first half of his initial season on the Bassmaster Elite Series.

If you evaluated Brandon Cobb's 2019 Bassmaster Elite Series season purely on the results, you might come to the conclusion that he slacked off in the latter portion after a stellar first half. After all, he already had two victories and a 2020 Classic berth in hand before summer arrived.

He finished in the bottom half of the field in each of the final four tournaments, including the Angler of the Year Championship event, but not because he was resting on his earlier laurels.

"It was a weird ending," said the easy-going South Carolinian. "It wasn't like I had terrible practices and I wasn't on them at all and I didn't know what to do. It was really all in the smaller details, where if one thing had gone this way instead of that way it could've been a good tournament.

"Once I'd made the Classic (he received an automatic berth for his Texas Fest victory at Lake Fork), it definitely changed the way I fished a little bit in terms of not worrying about the points, but not to the extent that it should've resulted in a bunch of bad finishes. I don't like sucking, but Cayuga (a 73rd-place finish out of 75 competitors) was the only one where I totally missed it. I didn't have good finishes at some of the other ones, but it was only because a few things didn't go my way."

Cobb competed on the FLW Tour for five seasons prior to transitioning to the Elite Series last year. He had no trouble adapting to the new circuit, posting top-20 finishes in four of the first five events that included his wins at Lake Hartwell and Fork.

Sandwiched between his victories was a 61st-place bomb at Winyah Bay. After that, he figured that his chances of winning the Angler of the Year (AOY) title were nil, although he climbed as high as 7th in the standings following his Fork triumph.

"After I didn't do so hot in that one, the AOY pressure was kind of gone," he said. "It's hard to win it with a finish that low."

His sluggish second half of the campaign sent him into the AOY Championship event at Lake St. Clair at No. 31 in the points race. He was assured of being a double-qualifier for the Classic and couldn't move up enough to garner a significantly bigger portion of the AOY purse, so his main objective for that tournament was to avoid interfering with other anglers who were competing for more tangible awards.

His 34th-place finish out of 50 anglers dropped him one more place in the final standings.

"Even if I finished last I couldn't fall out (of double-qualification), so I just stayed out of everybody's way. Every time somebody got near me, I was like 'See ya later.'

"I saw some places there that I'd never fished before, but since I was the only person in the area it probably wasn't a great thing."

Not Much to See

As of the week prior to Christmas, Cobb was pretty certain he wouldn't be making a Classic pre-practice trip to Lake Guntersville (the venue went off-limits to competitors on New Year's Day). He's been to the lake numerous times and is familiar with how it lays out, and he's not a big fan of pre-practice to begin with – he thinks it sometimes hinders him more than it aids his cause.

"If the Classic was in February and there was still going to be a lot of fish in pre-spawn patterns, that'd be different," he said. "But a lot changes from December to March so I'll just wait until I get there and go out and see what's happening."

Now that he's felt the thrill of victory – and more than once – his confidence that he can win B.A.S.S.' premier event is greater than it would've been before he collected his first blue trophy.

"I'd had chances to win in the past and just never put it all together, but I definitely think a little differently now. It builds your confidence that you can close it out.

"The only thing is I tend not to like the heavy-pressure lakes, even though Fork was one. I tend to do better on the hidden gems that don't get 500 boats a day." 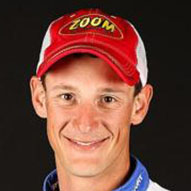