BACK
Icon Of The Sport 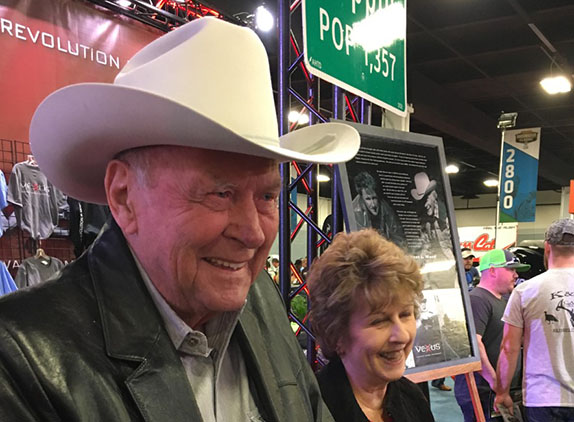 Forrest L. Wood, the namesake of the FLW Tour and founder of the iconic Ranger Boats brand, died Saturday at age 87. His family announced his passing on social media.

Wood, who had been hospitalized for the past several days after reportedly suffering a heart attack, is one of the sport’s legendary success stories, rising from his days as a fishing guide in Arkansas, to competing in more than 100 B.A.S.S. tournaments, to building his iconic company’s bass boats from the late 1960s until he sold Ranger Boats in 1987. In recent years, the story had included participation in the start of another boat company, Vexus Boats.

FLW issued the following statement via Facebook: “FLW is saddened to report that Forrest L. Wood, the namesake of our organization, passed away today at age 87. Most people know Forrest as a legendary boat builder and one of the early leaders in professional fishing. But here at FLW, we’ll always know him as family. Our thoughts and prayers are with Forrest’s wife, Nina, and all of their friends and family during this difficult time.”

Wood’s legendary presence in the sport oversaw the building of Ranger Boats from humble beginnings behind a service station in Arkansas to the top of the industry, with the boat being a top seller and the official brand of the Bassmaster Classic from the early 1970s until 2000.

While Wood, who was highly recognizable thanks to his trademark white cowboy hat, competed in two Classics himself, his later years were more closely associated with the FLW Tour. That began when the late Irwin Jacobs acquired the Operation Bass tournament circuit in 1996 and rebranded it using Wood's initials (FLW now stands for Fishing League Worldwide).

FLW's annual championship event was known for many years as the Forrest Wood Cup. In 2007 it awarded the sport's first $1 million prize to winner Scott Suggs, a fellow Arkansan.

He was married to wife Nina for nearly 70 years and they raised four daughters.

“Today we lost a sweet and gentle giant, my dear friend of over 50 years, Forrest Wood," legendary angler and TV host Bill Dance wrote on Twitter. "Our prayers go out to you, Nina, and your wonderful family. As long as someone calls Forrest’s name, he’ll always live on."

Arkansas Gov. Asa Hutchinson issued a statement that read: “It was my honor to know Forrest Wood, and his passing is a deeply sad moment for our entire state. Forrest embodied the best of Arkansas. He was an entrepreneur who brought thousands of jobs to northern Arkansas with his founding of Ranger Boats.

"His business accomplishments have been recognized in the Arkansas Business Hall of Fame and his contributions to the world of fishing and recreation have made Arkansas a destination point for fishermen from all over the world. He loved Arkansas, and Arkansas loved Forrest Wood. Susan and I express our condolences and prayers for Nina and the entire Wood family.”