BACK
Just One Top-20 This Year 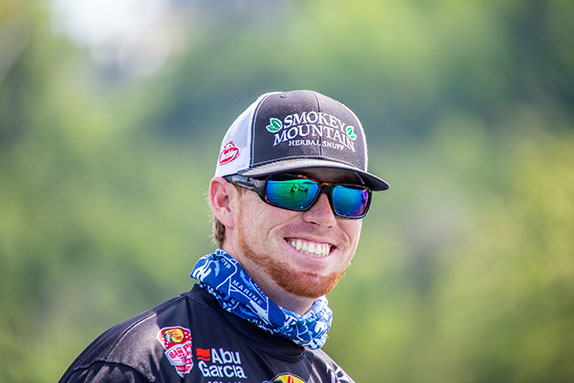 Josh Bertrand will looking for a better start to the 2020 Bass Pro Tour season after finishing 48th in points in 2019.

Josh Bertrand admits that he did a less-than-stellar job of adapting to some unfamiliar venues and a new tournament format on the 2019 Bass Pro Tour. Thus, he went from the runner-up in the 2018 Bassmaster Elite Series Angler of the Year race to 48th on the final points list for the BPT's inaugural season.

"The whole time it seemed like I was feeling around and trying to figure things out," the 31-year-old Arizona resident said. "I put a lot of the blame on myself for not figuring things out quicker."

He dug himself a substantial hole with finishes of 52nd in the opener at Florida's Kissimmee Chain of Lakes and 64th at Lake Conroe in Texas. He ended up among the top 40 in four of the other six derbies, but still came up well short of qualifying for the Redcrest Championship (top 30 in the points). A 59th in the regular-season finale at Lake Winnebago in Wisconsin sealed that fate.

Slow Out of the Gate

Bertrand said he felt completely lost at Kissimmee. He had a better grasp on the situation at Conroe, but made a costly miscalculation as to how quickly the fish would transition from their pre-spawn phase to the beds.

"I've never gone into a tournament knowing less or having had a worse practice (than at Kissimmee)," he said. "It was a really rough way to start the season. They had the biggest cold front of the year when we were there (late January/early February) and on the first day of practice we had 25- to 30-mph winds, rain and extreme cold and the fish weren't biting.

"On the entire system, I didn't have a single place where I felt I could go and slow down and figure out how to get some bites, and the second day of practice was no better. In those two days I got three bites and I was asking myself how the heck I can compete in this. Then I had to sit out the first day (as one of the 40 members of Group B) and it was like I was just waiting for the electric chair."

During the final period of the Elimination Round – his second day of competition – he finally bumped into some fish and avoided a last-place finish in his group, which was his position when the period began.

"Until then I was absolutely clueless."

His highest finish of the season was 17th in the three-lake tournament in Raleigh, N.C., but he said he program was strongest at Smith Lake (where he ended up 25th) and the first of the back-to-back events at Table Rock Lake (40th).

"At Table Rock I was feeling really good and I knew I had enough weight to make (the Knockout Round) when we were an hour or two into the second day. I was in the top 5 and I felt like I really understood what was going on.

"Then Mother Nature made some changes and the tables got flipped. I didn't do a good enough job of adjusting and I ended up with a mediocre finish when I'd felt like I was in a position to make a run at a top 5 or even better."

Bertrand's major takeaway from the 2019 campaign was that must figure out a way to explore more of each venue during the abbreviated practice time and also during competition.

"I'm telling myself I need to cover a little more water, for sure," he said. "In a five-fish deal (as opposed to the BPT's catch-all-you-can format) I was always comfortable just focusing on a specific section of a lake. When you only need five fish a day, one or two spots can get you through the entire tournament and no matter which section you're in, you can usually find a couple areas to get by with.

"I this case, that's not enough because you need a lot more than five fish. A lot of the techniques are still the same and you're still fishing against the same guys, so that didn't feel drastically different. I think just changing a couple things in my approach will make a big difference if I'm able to follow through with it."

He really likes the makeup of next year's schedule, particularly the stops at the St. Lawrence River and Lake Champlain in mid-summer. He's been a hammer on Northern smallmouth fisheries since turning pro in 2013.

"Those last two at the end of the season should be a blast," he said. "We didn't get to fish for the big smallmouth this year and I was bummed about that, but next year we get to do it twice.

For a guy who lives in the desert, those are like a vacation." 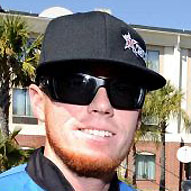