Atkins To Be Better Prepared For Year 2 Of BPT 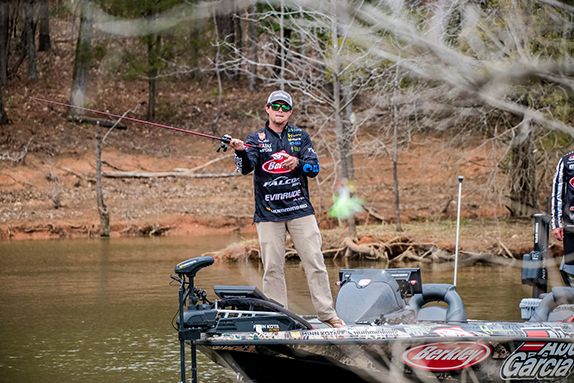 Justin Atkins says it took him a couple tournaments to start getting used to the Major League Fishing format.

Justin Atkins was one of the 27 anglers who jumped into the Bass Pro Tour for 2019 without a single cast of experience under the Major League Fishing format.

From the start, it was a learning process, one that continued through the inaugural season and extended into the current offseason as he prepares to tackle year two, due to get started in early February 2020.

Atkins, the 2017 FLW Cup champion, finished 59th in points in the 75-man field while collecting three top-40 finishes. The high point was an 11th-place showing in North Carolina in March. There were times he felt like he was flailing in an effort to keep pace on the ScoreTracker. And there were times toward the end of season where he came away feeling like he was getting the hang of it all.

As he made his way to South Carolina on Monday for sponsor meetings and to pick up his 2020 tournament boat from Falcon Boats, Atkins said his BPT assimilation process is still ongoing.

“Last year, I was uncertain what I was getting into because I’d never fished that format,” he said. “In traditional tournaments, you can typically fish the ways you want to and you’ll wind up catching five either with a jig or a spinnerbait. I usually have an organization of baits that I like to catch them on, an array that I can pick from anywhere I go. With MLF, catching numbers was the big difference. I’ve had to reorganize my tackle and be ready for anything. Other things became bigger players than I was expecting.”

Atkins isn’t the first BPT newcomer to say the format change triggered a rethinking of his tackle and tournament prep. The three to four techniques he used to be able to rely upon in a traditional format events were joined by three or four other techniques that suddenly became more relevant under the every-fish-counts rules. To excel in the BPT, versatility has and will continue to be a key. Gone, it seems, are the days where an angler can ride one technique through the course of a six-day competition.

“I’ve had to work on different techniques and perfect things I haven’t done in years,” Atkins said. “Fishing more with a spinning rod was one. The ChatterBait was a big deal this season, too, and that was something I’d only throw at places where it was known to work. It turns out more guys were throwing it this year at almost all of the venues.

“In a traditional tournament, I’d only have two or three rods rigged up (for practice) because I felt most confident with a jig, spinnerbait, topwater or shaky-head. Then I’d get a feel for the lake and adjust from there. This deal now, you have to have 15 different rods ready and with the shorter practice, it’s changed my whole approach to practice and packing.”

Hearing pro anglers say they need to have more rods and a wider assortment of tackle at their fingertips is music to the ears of tackle companies hoping to cash in on the exposure their products might receive. For Atkins, it just means more time spent trying to identify the range of tactics and possible baits to put in his arsenal.

“The key is having stuff more prepared to fish any style at any lake,” he said. “Under that format, it’s a lot harder to put your finger on one thing you feel will be the deal.”

Lake Eufaula will serve as the venue for the 2020 BPT season opener (Feb. 7-12) and Atkins will go into it with a much clearer understanding of what to expect compared to everything being brand new at the Kissimmee Chain of Lakes this past January.

“I’ll definitely be more comfortable at first one this year than first one last year,” he said. “It definitely takes some adjusting to with all the breaks and getting a feel for when to make a move. I’m not saying I perfected it by any means because I had an up-and-down season. By the end, though, I feel like I had found a groove. I might not have been making cuts, but I got close to the (cut) line and was figuring out things that could get the job done. I developed more confidence in my decision-making, too.”

After a 76th to start his BPT career at Kissimmee Chain, he rebounded with two top-40 finishes (32nd at Lake Conroe and 11th at Raleigh, N.C.) to prove to himself that he was settling into the new format. For Atkins, measuring success against a field of 80 guys, many of them former Elite Series or FLW Tour champions, meant different things at different venues.

“Any time you can make a weekend cut or get a check, that’s success,” he said. “With those guys, beating half the field is an accomplishment.”

He said there were times he didn’t necessarily measure success by where he finished or if he cashed a check. Progress and confidence were the variables he was most concerned with at times.

“Any time I left – even if I didn’t get check – if I feel like I kept pace that was a moral victory,” he said. “Even if I didn’t make top threshold, I feel like I overcame the fear and uncertainty. In this format, starting the tournament off with the mindset that you can do this, you’re already ahead of the game.

“If you go out with confidence and know what to expect, then you’ll be more prepared and have confidence in your decisions,” he continued. “When I’d see that I could keep pace or maybe I was one decision off, that gave me confidence going to the next one that (success is) very attainable.”

With an eye toward 2020, Atkins says he’s going to focus more on lake management during practice. Rather than trying to break down a sprawling reservoir or a river with endless backwater areas, the key will be identifying areas that he feels will be trending upward through the tournament.

“It seemed like in all the tournaments, from my perspective, we always had one area that really produced, whether it was one creek arm at Conroe or main lake stuff at Table Rock,” he said. “When you go to these lakes, there are fish all over and you can get spread pretty thin. The biggest thing to learn is to pay attention to what area of the lake is really playing.

“I got hung up worrying about how to get bites, so now I need to focus on dissecting the part of the lake that will be the biggest player.”

“I feel like it’s healthy for me,” he said. “I feel like it’s something to keep me from getting flustered in the other format if I have a bad tournament or two. I make my living fishing so I’m going to take advantage of as many opportunities I can to perfect my craft. Plus, that’s time I get to spend with my dad and buddies. If all I fished was top-tier stuff, I would never get to spend that time with them.” 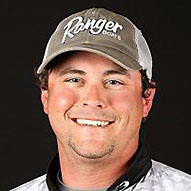