BACK
Will Rep Whiskey Brand 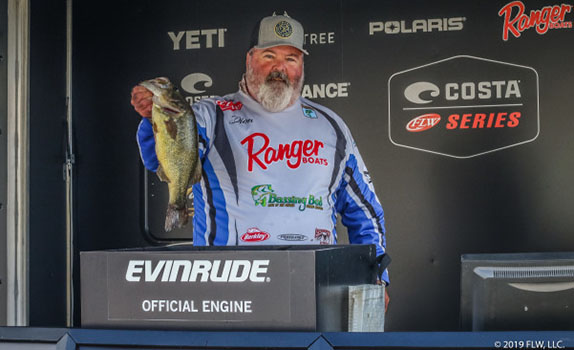 Dion Hibdon has been out of tour-level competition for the last 5 years.

It's been 5 years since Dion Hibdon last competed at the tour level. Now, thanks to a new title-sponsorship deal, the former Bassmaster Classic and Forrest Wood Cup winner is looking to get his career back on track.

The new agreement, which has been in the works for a year or so, is with Colorado-based whiskey manufacturer Tincup. It came about through his longtime friendship with liquor industry marketing executive Luke Foli, a former member of the once-celebrated Crown Royal fishing team that included the likes of Aaron Martens, Skeet Reese and Peter Thliveros.

Hibdon has endured some real-life hardships since his last season on the FLW Tour in 2015. Most notably was the loss of his legendary father Guido to cancer two years ago this month.

"I thought I would miss (top-level competition) more than I actually did, but things got really busy and life was pretty hectic," said Hibdon, who's now a 52-year-old grandfather. "We're slowing down on some of that stuff and I'm ready to get back at it."

The Missourian's highest level of participation this year will be in the new Plains Division of the Toyota FLW Series – the scheduled opener this week at Lake of the Ozarks was postponed due to the coronavirus and subsequent derbies are scheduled for Table Rock Lake in May and Lake Dardanelle in September.

After that, who knows? His Classic win (1997) gives him a point in the "Legends" category that B.A.S.S. has used to grant some Elite Series qualifying exemptions and his 20-plus years on the FLW Tour and his 2000 Cup triumph might carry some weight with that organization.

"Even if I had my druthers, I couldn't tell you which way I'd want to go," he said. "Right now it's all about Tincup – we've got to sell whiskey and promote the brand the best we can. It's all about promotion for me and where we can get the best exposure."

Hibdon has known Foli since the latter was about 12 years old and attended one of the seminars put on by him and his father. Hibdon later served as the best man in Foli's wedding.

"He's grown and expanded what he does in the liquor business to the point that he's at the top of the food chain in that business," Hibdon said. "He's a whale of a salesman and people listen to him.

"Tincup came along and they needed some extra promotion; they want to go nationwide. Over the last 6 months they've given us some stuff to do in test markets and we've done awesome with those."

The testing grounds have primarily been in Indiana, where Hibdon and son Lawson have done promotions at liquor stores, Wounded Warrior events, etc. Despite being the native state of Jacob Wheeler, the No. 1 angler in the BassFan World Rankings, it's not exactly a bass fishing hotbed.

"For trying to market and sell product with a bass fishing team, probably the only state that would rank lower would be Alaska. If you can sell it there, you can sell it anywhere. It's been fun and I've met a lot of good people.

"The nice thing about dealing with a company like Tincup is you don't have to play politics. If you're working hard and accomplishing what they want out of you, you don't have to answer to a lot of other people."

He said the Tincup sponsorship has also spawned a new agreement with Strike King and Lew's. Power-Pole, Ranger and Garmin have stuck with him from his tour-level days, along with close-to-home entities Ledge Rock Lures and Bassing Bob (an online Ozarks fishing resource).

"The whole idea is to sell what you want to promote – you can't be a fraud. You have to be using the stuff you're selling and believe in it because these days, if you don't, that's gonna get out there and people are gonna see it.

"One thing me and dad always prided ourselves on was we believed in what we talked about. That makes it a lot easier to sell."

> Hibdon finished 29 in the points for the 2019 Central FLW Series, which qualified him for the championship event. 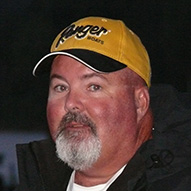