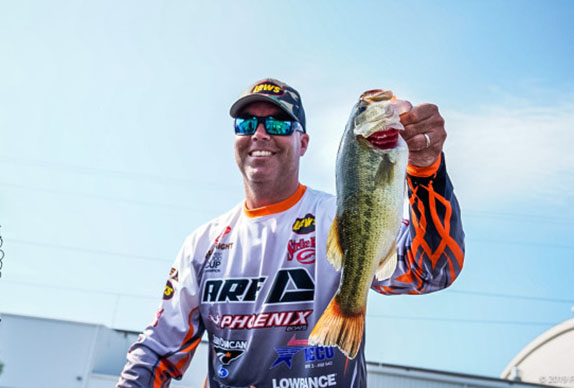 Brad Knight didn't come close to winning and FLW Tour event in 2019, but a string of solid finishes put him back in the FLW Cup after a two-year absence.

Brad Knight won the FLW Cup in 2015. He qualified for the following year's edition as the defending champion, but then missed the next two – badly.

The Tennessean finished 99th on the final FLW Tour points list in both 2017 and '18. Both of those campaigns included three finishes of 100th or worse. He mixed in a good showing here and there, but the stinkers were far more common.

This year started off in similar fashion as he was 148th in the opener at Sam Rayburn Reservoir. Something changed – big-time – after that, though. He finished among the top 50 in each of the season's final six derbies to end up at No. 21 in the points and claim his fourth career Cup berth.

A change in his approach was the catalyst for his turnaround. Since winning the Cup four years ago at Lake Ouachita – a victory that netted him $500,000 – he'd taken on a big-swing mentality for every event that burned him far more often than it rewarded him.

"That win changed my style and I started totally focusing on trying to win events," he said. "If I could turn right or left coming out of blast-off, and I'd get only a few bites to the right but they'd be the ones to win vs. turning left and getting a check, I'd go right every time and go for the big ones.

"This year my style was to be more consistent. If there was one way that would get me more bites, I'd go that way."

Knight actually emerged from his slump toward the end of the 2018 season when he turned in a solid performance for a $10,000 check at Kentucky Lake, then finished 3rd in the finale at Lake St. Clair. Prior to that, his season had been an unmitigated disaster, with just one placement above 112th in the first five outings.

"I had some momentum coming into this season, but then we had some weird conditions at Rayburn and I didn't dial in and I didn't catch them," he said. "It was the worst-case scenario and I was really pissed off – I've never had a drive home when I was that mad. All I thought about was we had seven events and I could still make the Cup with one bad one, but I couldn't have two.

"It forced my hand to be a little more conservative the rest of the way and it paid off in good finishes. The schedule set up pretty well for me, too, with two events (Lake Chickamauga and Cherokee Lake) fairly close to the house."

The run that he put together to close the campaign went a long way toward restoring his confidence.

"I went through a period where I made a lot of bad decisions and they have such a snowball effect. The harder you try to get it straightened out, the worse things get. It's just another example of how big of a role momentum plays in this sport."

Knight still hasn't fully determined his plan for 2020 – the only certainty is he will compete in the Bassmaster Eastern Opens. He has a couple of weeks to put in his deposit for the revamped FLW Pro Circuit, which has undergone some widely detailed changes since the recent purchase of FLW by Major League Fishing.

"I'm still waiting to hear back from some sponsors; this all happened so late that it's hard to plan around that," he said. "Change is never easy for anyone and I've made a good living with FLW, but it's all business for me. The style or format of the tournaments doesn't matter, it's all about profit and loss and wherever my income is going to be higher. If I could get that by fishing wildcat tournaments and sleeping in my own bed, that's what I'd do.

"For me, it's not about being recognized or being on YouTube, it's about feeding my family and a lifestyle that I love living. Whatever my sponsors will support, I'll do it and whatever they don't, I won't."

Fishing is no longer his only means of generating income. In late 2018, he and his brother joined their father as the owner of three radio outlets that focus on University of Tennessee athletics, local high school sports and NASCAR races.

"With all the changes that were going on (in fishing) last year, I got a little nervous and decided that I needed a backup plan and I started working on some type of investment. My brother and I bought out my dad's business partner, so I have that now.

"It's been another busy offseason and now I'm just waiting to see how everything's going to come out. I need to find out what a few sponsors are going to do before I'll really know what's coming." 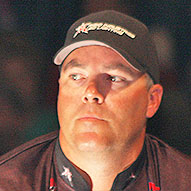