Lambert Eager To Take Another Crack At BPT 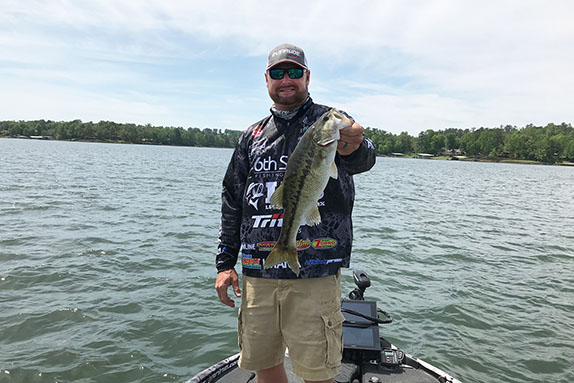 Quality fish were too few and far between for Jason Lambert on the 2019 Bass Pro Tour.

The numbers from the 2019 Bass Pro Tour season suggest that Jason Lambert isn't well-suited for the Major League Fishing format. Lambert won't argue that assertion – at least not right at the moment.

"Would I be better off fishing five-fish tournaments? Yeah, I'm a big-fish guy and not a numbers guy," he said. "But you have to remember that the rotary-dial telephone was a big deal at one time, too. Things change, and the key is not being too stubborn to change along with them."

This year's campaign was an ordeal for Lambert, to be sure. He failed to advance to the Knockout Round in any of the eight events, meaning he never finished among the top half of the field. In the final points standings, he finished ahead of only Paul Elias, the 68-year-old Hall-of-Famer who fished at less than full strength the entire season due to the aftereffects of a shoulder operation.

His two best finishes (42nd in the second Table Rock Lake Derby and 56th at Lake Winnebago) came in the final two stops. Those gave him some confidence that he can fare much better next year, and he said the 2020 schedule is much more favorable for him than the 2019 slate was.

"The quality of the fisheries is going to change a lot about the way things happen next year," he said.

Since becoming a tour-level pro in 2014, Lambert has been fishing's equivalent of the baseball slugger who hits 35 homers per season while striking out 200 times or the NFL receiver who might catch only a dozen passes over a 16-game schedule, but five will result in long touchdowns. The misses have been frequent, but the hits have been big.

An offshore specialist, he's logged three wins at Kentucky Lake (two on the FLW Tour and one on the FLW Series) that, including contingency money, netted him more than $360,000 combined. He has another Series triumph at Lake Okeechobee that also produced a six-figure payoff due to the large number of entries.

His modus operandi has been to catch fish the way he preferred to catch them. If that wasn't successful, he'd take his medicine and move onto the next one. Once or twice a year an event would land in his "happy zone" and he'd cash in big-time.

He never encountered that situation during the BPT's inaugural season and he didn't make the adjustments that were needed to be competitive under the count-'em-all format.

"It was way different than I thought it was going to be and I kind of had my finger on what the problem was by the fourth tournament of the year," he said. "It registered and made sense at Chickamauga, but still, at Smith and Table Rock (part 1), I got back into the mode of trying to catch them the way I wanted to and it didn't work.

"The last two I approached properly and fished them right and I ended up with better finishes."

No Time to Waste

The primary lesson that Lambert learned during his dreadful 2019 campaign was that there simply isn't time to wait for the fish to conform to an angler's plans. The angler must adjust – immediately.

"In this field, if you haven't caught one in 30 minutes, you need to start doing something different because these guys will catch them," he said. "I still believe you need to approach every event fishing your strengths, but if those don't work, you need to be smart enough to know when to bail and go fish where and how you can catch them. If that means picking up a spinning rod, then that's what you do.

"Just because you're on a place you're familiar with and you've always caught them a certain way doesn't mean that's going to work in this deal."

With a more open-minded approach and a schedule that will take him to fisheries with which he's more comfortable, he expects to fare much better in 2020.

"My goal will be to make the (Redcrest) Championship. I really feel good about everything and there's no reason that can't happen."

> Lambert and wife Ashley recently sold their home in Michie, Tenn. and will spend the rest of the offseason and the entire 2020 campaign living in a 43-foot fifth-wheel trailer. "She camped with me for the first time this year and about four tournaments in she decided that maybe we could do this full-time. We put our house on the market and it sold in two days. It'll just be me, her and our two schnauzers." 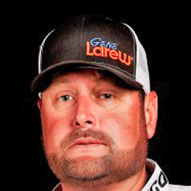