BACK
Made First FLW Cup 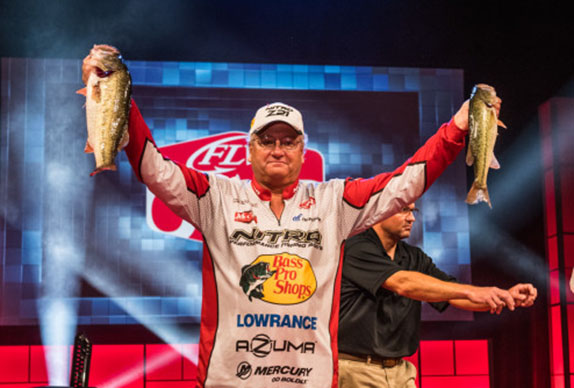 Matt Reed competed in his first FLW Cup this year following a consistent campaign in which he posted only on finish in the lower half of the field.

"It was just one of those things where I finally got back into a rhythm," he said. "The year before was one of the worst I'd ever had. I don't want to say I totally refocused and I didn't try any harder, but sometimes you buckle down and something clicks and you go in the right direction.

"When you've got momentum going for you, this really isn't that hard of a game. When it's going the wrong way, it seems impossible."

The former furniture and appliance salesman from Texas got on a good roll from the outset of the campaign as he finished 42nd or better (roughly the top 25 percent of the Tour field) in each of the first four tournaments. That run included a regular-season best 16th-place showing at Grand Lake.

"I'd say the Cup was the highlight of the year, but it was nice just to have a consistent season. There was one tournament (a 131st at Lake Chickamauga) where I turned left when I should've turned right, but I missed it so bad that I couldn't hardly be mad."

Reed said that the common thread that ran through his successful events was laying a good foundation on the initial day of practice.

"It was a year that nearly every tournament, by the end of the first practice day I had a pretty good idea of what I was going to do," he said. "That allowed me to expand on what I had over the next couple of days. I never felt totally lost at take-off (on the first day of competition) and I never had to have practice day No. 4."

Even at Chickamauga, a derby that took place in early May, he felt pretty confident in what he was doing. As it turned out, he just misjudged the stage that the fish were in.

"The fish upriver were spawning when we got there, but I thought that was going away because it was so late (on the calendar)," he said. "But it was a coming pattern and I missed it completely. I tried to make them push out, but that wasn't what they wanted to do."

He was particularly pleased with his performance at Grand because the bite was so tough.

"That was one where I could fall back on my experience – I only got a few bites in practice, but I got them all doing the same thing (throwing a 3/4-ounce single-blade spinnerbait) and I knew that I couldn't let the fact that I wasn't getting many bites bother me.

"I was shocked when I caught nine keepers on the first day of the tournament, and then I only caught four on each of the next two days. It was an event where you needed to catch every bite you got."

Reed's fourth and fifth seasons with FLW (the Tour has been rebranded the Pro Circuit for 2020 in the wake of the purchase by Major League Fishing) will offer an opportunity to qualify for the 2022 Bass Pro Tour. He's ready to take his crack at it.

"If you're gonna do it, you want to do the best that you can do," he said. "If there's a better carrot, you want to reach toward it. You've got to have a positive outlook with whatever's going on."

He'll have another "home game" next year at Sam Rayburn Reservoir (although the water was so high for the event last January that he described is as "a lake I'd never seen"). But at this stage of his career, he doesn't worry much about schedules and he doesn't set a lot of performance-based goals.

"Usually the ones where you think you're going to do the best, about half the time they end up being your worst tournaments. I just take them as they come and do the best that I can at each one.

"The only goal I try to reach every time is to get paid (which equates to finishing among the top half of the field). If you do that every time, you're going to finish pretty high in the points – one leads directly to the other." 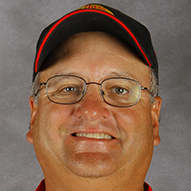