BACK
Color Preference Not Just For Baits 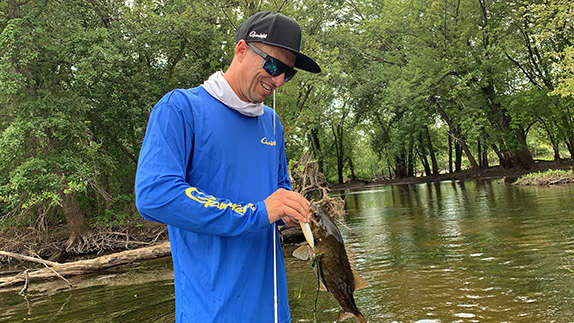 Brent Ehrler starts his tournament mornings with a little TV watching and some coffee.

(Editor's note: This is part 2 of a 2-part series on the quirky habits of professional anglers. To read part 1, click here.)

Brent Ehrler has been one of the most successful and consistent pros of the past decade and he attributes a measure of his achievements to how he starts each competition day.

He follows a pretty strict yet simple regimen, which includes getting up 60 to 90 minutes before he needs to leave wherever he may be staying during the event (house, hotel, etc.). He’ll make some coffee and turn on one of his favorite TV shows – “Ridiculousness,” a comedy show consisting of humorous blooper clips gathered from the web.

“It’s mindless,” Ehrler said. “I can look at maps on my phone and drink coffee and watch this. You can watch someone land on their head and laugh and I can go back to my map and drink coffee. It’s mindless. I can jump in and jump out at any time and not lose anything. I can’t stand the news, so I watch that.”

Once he gets his caffeine and comedy fix, it’s off to the launch ramp. He’s always been a stickler for arriving early so he can get organized and set his game plan for the day.

“There’s nothing worse than getting to the ramp late,” he said. “You’re waiting and rushing and that sets the mood for the day. You’re stressed before you make a cast. You might make some sort of run when you need to hunker down because you’re in a hurry.”

Shin Fukae’s tournament day rituals center around his bladder – he never wants to be in a situation where he needs to use the bathroom while on the water. To achieve that, he goes to great lengths each morning to make sure it won’t be an issue.

He’ll make multiple trips to the restroom before blasting off – a couple times in his motorhome, then once at the gas station on the way to the ramp and again at the launch ramp provided facilities are on site.

“I don’t want to be distracted,” Fukae says. “When hunting dogs go out for the day, they make sure they’ve gone to the bathroom. I’m the same way.”

The ritual began when he started fishing in Japan as a youth and it’s become somewhat of a trademark behavior of his.

“Everybody knows when they see me – Shin’s going to the bathroom again,” he says with a wry smile.

He also insists on wearing only blue underwear on tournament days, which led to some miscommunication with his wife, Myu.

“Since I told her that, she bought me all blue, but I told her I need other colors, too,” he said. “I only need blue for tournaments.”

Garrett Paquette has exactly one season of Elite Series experience under his belt, but he arrived in the pro ranks with an assortment of quirky rituals that would make the most grizzled veteran take notice.

Like others, he gets choosy about clothing during tournaments.

“On tournament days, it’s always black underwear,” he said. “Not always the same pair, but always black. And never black on practice days. You never want to wear off the luck of black in practice.

On his drive to the ramp each morning, he opts for the radio over a preset playlist.

“If you have a playlist to get you excited or pumped up, that hurts me,” he said. “I want to be as calm as possible on the water.”

In contrast to others who like arriving early, Paquette doesn’t mind being one of the last or the last boat in the water. Too much idle time lets his mind wander.

“I try to be one of the later guys at the ramp,” he added. “It’s almost like the feeling of being rushed, just dumping in and going fishing. I don’t like sitting around and waiting and thinking.” 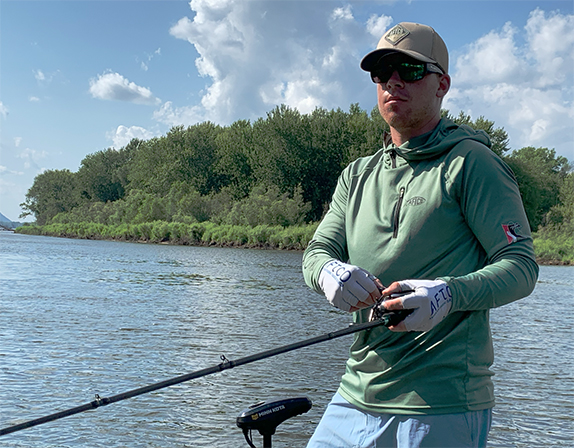 
For a rookie, Garrett Paquette has quite an array of habits and rituals.

Once he’s on the water, another set of rituals kick in.

“I never start my livewells or prep anything until I catch my first fish,” he said. “And I never weigh my fish until I catch my sixth fish. I’m laid back on other things like line, though. I don’t need fresh line every day or every tournament.”

Also, if things go well on the water, he’ll eat at the same restaurant night after night.

“At the Lake of the Ozarks (FLW Series), I went to Chilis like seven or eight nights in a row,” he said.

Bananas are an easy target for anglers who subscribe to superstitions. Jeff Kriet is among those who wants nothing to do with the potassium-rich fruit while on the water.

“Bananas are a no. If somebody brings one on my saltwater boat, I’ll kill ‘em,” the Bass Pro Tour angler said. “When I’m bass fishing, I’ll lose a fish or miss one and I’ll turn around and see my marshal eating a banana.”

He’s also particular about what he wears under his clothing.

“I’m picky on underwear, too,” he said. “Once a tournament starts, I know the underwear that I’ve caught fish in and ones I haven’t. I wear black or blue when I fish. Never red. Those are definitely a no. I don’t want that evil on me.”

The number 13 also is a bit of sticking point for the Oklahoma native.

If you’re going to spend the day in the boat with James Watson, there are certain rules – well, one really – that must be followed. In any tournament he fishes in which he’s paired with a co-angler, Watson follows a specific ritual that starts at the pre-tournament briefing.

“When they’re done with the draw and we get the text message with who our partner is, I immediately leave,” he said. “I don’t stick around to meet them.”

Before long, his phone rings and it’s the co-angler. After a brief exchange of pleasantries, Watson spells out his expectations.

“Before we talk about anything else, I let them know the compartment behind their seat is empty and they’re free to put whatever they want in there – tackle, rain suit, whatever,” Watson said. “Then I tell them I don’t wany anything in the bottom of my boat except your feet and your rods. That’s my pet peeve. The reason I say that is it immediately sets the tone for those guys who bring 9,000 pounds of unneeded gear. Besides, we need to be mobile and he needs to be able to get the net because we’re going to need it.”

On tournament days, Watson goes through a boat prep ritual that makes life much easier when he gets to the launch ramp. He’ll pull over so he’s not impeding the flow of traffic (a gas station or parking lot) and start at the rear and work his way around.

“I’ll take off my T-H Marine Motor Stiks and Steer Stop, then close my livewell valves and turn my trolling motor on,” he said. “I put the plug in and also turn on my electronics and put them on standby. That way, when I get in line and get my co-angler that stuff is all done.”