BACK
Inside The Deal 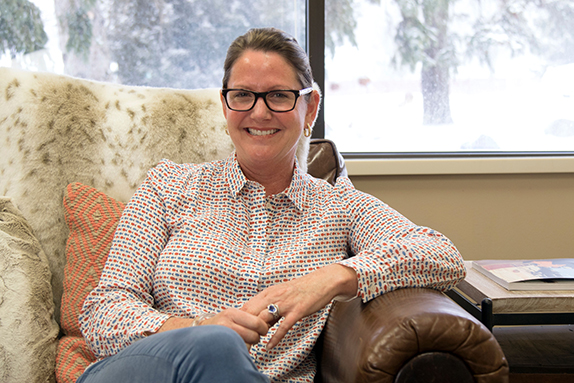 Trish Blake said her father, FLW founder Irwin Jacobs, saw similarities in the rise of FLW and how MLF came on the bass fishing tournament scene.

Kathy Fennel had heard all of the rumors, too.

So when the news became official that Major League Fishing was going to expand last fall with the launch of the Bass Pro Tour, she wanted to send along her well-wishes.

Despite being the president of operations for FLW, a competing tournament organization that ultimately lost a number of well-known FLW Tour competitors to the BPT, Fennel wanted to follow professional protocol and wish the MLF team a trouble-free transition as it moved quickly to get the new circuit up and running.

Fennel, after all, knew first-hand all of the work thatís involved in getting a tournament operation off the ground through her experience with Operation Bass and more than 20 years with FLW. Her first call was to Boyd Duckett, a co-founder of MLF, to offer congratulations.

ďObviously, we had heard all the rumors and conversation and what was being said about, ĎIs it going to happen or isnít it,íĒ Fennel told BassFan in a recent phone interview. ďWe talked and like most anglers, Boyd has roots with FLW. We talked about a lot of things, including back to the old Redman tournament trail and Golden Blend days. Boyd used to fish some of those events. Boyd shared with me their vision and what they were looking to accomplish with the Bass Pro Tour and how they wanted to grow and expand with a desire to have a legitimized feeder system into the Tour, as well as also to expand into grassroots and youth programs.Ē

What was intended to be a courtesy call, though, turned into a tire-kicking session to see if there was a potential pathway to FLW working with MLF to some degree.

ďIt was one of those general conversations of ĎThis is what they were looking to do and, you know, maybe thereís an opportunity for us to work together here somehow,íĒ Fennel recalled. ďI think the thing that made the most impression on me was that during the conversation everything that Boyd said he was very respectful in everything that he said about FLW or our staff or his experience fishing with us in the past. When we got off the call, it was obvious that everything that they wanted was everything that we had.Ē

Upon the conclusion of the call, Fennel informed FLWís president of marketing Trish Blake of the context of the conversation. Blake then made her father, FLW CEO Irwin Jacobs, aware of the discussion. At that point, though, FLW was not formally for sale, but there was a sense that MLF could be a potential suitor if that ever changed.

ďThat first conversation, there was definite interest,Ē Fennel said. ďI could tell it was one of those things where if we had an interest in selling that MLF definitely would be an interested party.Ē

Fast-forward more than a year and, indeed, the two sides discovered the potential for synergy with the announcement last week that FLW had been acquired by Kroenke Sports and Entertainment (KSE) and MLF, which is partially owned by Outdoor Channel (a Kroenke property) and a group of anglers/investors.

Obviously, plenty of additional meetings were warranted to consummate such a transaction. Subsequent to Fennelís first chat with Duckett, the two had a casual lunch meeting during the Costa FLW Series Championship last October in Guntersville, Ala., where Duckett resides. Dave Washburn, FLWís vice president of operations, also attended the lunch, which took place at Cafť 336, a quaint eatery located a stoneís throw from Guntersville City Harbor.

Fennel said the tone of the discussion was still ďconversational,Ē but talks that day centered on ďthe possibility of working together down the road and what it could look like.Ē From there, Blake and her father became more involved and negotiations became more serious once the calendar flipped to 2019.

Several meetings took place in Minneapolis. Additional meetings occurred in Guntersville. Executives from KSE, based in Denver, eventually joined the discussions. It was a lengthy process, to be sure. Blake revealed there were times that it seemed the deal could fizzle out, but ultimately both sides came away satisfied. MLF acquired the infrastructure to custom-build its own feeder system underneath the BPT while FLW will see its grassroots programs expanded in an effort to reach more tournament anglers.

ďThere were definitely points where I felt like this isnít gonna work,Ē Blake said. ďI had to keep in mind and make sure it was a fair deal for everybody. We got creative together. We did this internally. We didnít use any outside firms. There was a lot of trust that this would find its way together and there were a lot of anxious, stressful days and sleepless nights.Ē

Blake revealed that the first overture from KSE in relation to FLW came a few years ago, but she said ďthe timing was offĒ for a deal to be consummated then. This time around, everything eventually fell into place.

ďWe were always open to working with someone if it made the right sense,Ē Blake said. ďThis situation with MLF, it was on and off and sideways. It was nerve-wracking. Thereís not a perfect world for anybody, but this is the biggest opportunity for this sport ever in its history beyond whatís already been done, in my opinion.Ē

In Duckett, Jacobs perhaps saw a little bit of his younger self, a bold visionary not afraid to take risks.

ďI think being an outlier in a way and doing what they were doing, it reminded us both of how FLW started,Ē Blake said. ďThere were definitely some similarities there.

ďWhat my father appreciated about MLF was the entrepreneurial spirit and the risk-taking. My dad liked to shake things up. He liked to get people to pay attention and grow things. MLF is very unique in that manner. My father recognized their innovation and how different it was.Ē

Blake said that in the immediate wake of her parentsí death on April 10, she tried to keep some semblance of focus on making sure the machinations of the deal stayed on track. Rather than postpone a previously-planned meeting with MLF reps set for April 12, she had Fennel attend on her behalf.

ďIíve been in this industry long enough to know timing is extremely important and while yes, I was traumatized by what had happened, business-wise, I knew I had to keep this moving,Ē Blake said. ďI know itís what my dad wouldíve wanted Ö to keep this going.Ē

She said the framework of the deal was in place by the time Jacobs passed away, but ďthe terms changed as time went on.Ē Blake declined to reveal which side first presented a dollar figure value or offer or how long it took to agree on the final financial terms.

Blake was very complimentary to the MLF and KSE officials who were engaged in the negotiations for the class and patience shown during the sale process, especially through the summer and fall.

ďThe respect that they have shown for our organization and employees and for my father and the brand, that means everything to me,Ē she said.

Blake said she waited until Oct. 8 (last Tuesday) to sign the official paperwork, paving the way for the sale to become official. Why that day in particular? It was her birthday.

ďFor me, it was a very proud day, something that was almost symbolic (for me and my dad),Ē she said. ďIt was something we built together that would be carried on in the future.Ē