BACK
Made RedCrest, 3 Cups 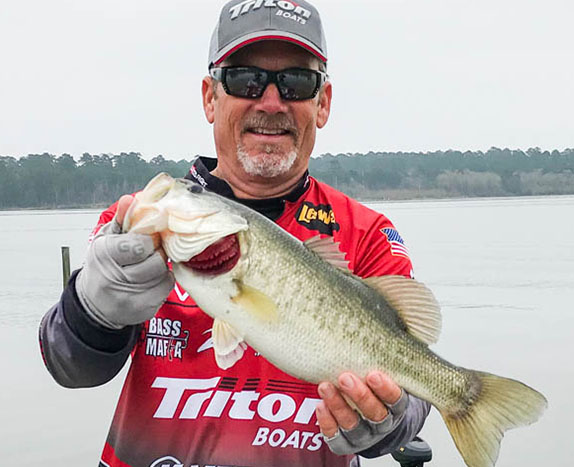 Stephen Browning had qualified for a couple of Bassmaster Classics in recent years by winning Central Open events, but it had been quite some time since he'd made a championship derby via the Angler of the Year points list – since 2011, to be exact.

The veteran from Arkansas was one of the final competitors to receive an invitation to the MLF Bass Pro Tour for its inaugural 2019 season and he made the most of the opportunity. He ended up at No. 22 in the points race, qualifying for the RedCrest championship and three of the four MLF Cup events.

The MLF format (all bass weighing a pound or more count toward an angler's total) and the fisheries that the circuit visited suited him quite nicely.

"Bass fishing has always been a numbers game for me and I think that's why I've always done better in the tougher events – I could figure out a way to get a few bites," he said. "I'm the type of guy who goes out and gets as many bites as I possibly can in practice, and then when the tournament starts I get in the area where I got the most bites and just try to grind it out, so to speak.

"I've never really targeted big bites; I've always just let those come when they came. Fortunately we hit some lakes this year where bites were plentiful and that played into my hand."

Browning, who has 10 Classic appearances on his résumé, hadn't finished among the top 25 on the Elite Series points list since 2010, when he was 21st. He came to the BPT off a couple of particularly rough seasons – 79th last year and a career-low 91st on 2017. Over his final seven Elite campaigns, his average AOY finish was 67th.

"To be honest, the key this year was partially the format change, but it was also kind of a new beginning," he said. "It was nice to be doing something different than what I'd done for the past 24 years."

He finished among the lower half of the 80-man BPT field (43rd) in the opener at the Kissimmee Chain of Lakes in Florida and again in the finale (60th) at Wisconsin's Lake Winnebago. In between, he made six consecutive Knockout Rounds with a high finish of 10th at Lake Conroe in February.

He did most of his work over the course of the season with three baits – a LiveTarget Golden Shiner lipless crank, a Z-Man Evergreen ChatterBait Jack Hammer and large or small Z-Man TRD finesse offerings.

"I covered a lot of water with the lipless and the ChatterBait and then when it was time to slow down I utilized the Ned rig. I learned a lot about the ScoreTracker (which keeps competitors constantly abreast of their position in the standings) at the first event in Florida and I liked it because a lot of times it'd make me change what I was doing.

"I tend to get hard-headed and use one bait way too much, but this year I made myself change if I wasn't getting bit fishing a particular style or maybe a pattern. You hear about others guys catching them and you know it's time to change. I made adjustments quicker than I have in the past, that's for sure."

Days Off a Bonus

Browning particularly enjoyed have off days during the events, as the field was split into 40-man groups who alternated days on the water through the first two rounds.

"That really helped me re-energize and formulate a game plan for the next day," he said. "I wasn't just going out there and doing what I did the day before. A lot of times I'd be running new water on that second day and that plan of attack resulted in success in making those cuts.

"I never put pressure on myself to be in the top 10 or the top 5 after two days – however I could get to 20th (the cutoff for the Knockout Round), that's what I needed to do. I wasn't concerned with the limelight, so to speak."

He'd certainly garner some attention if he were to win the first RedCrest, which will take place Aug. 21-25 on the Mississippi River out of La Crosse, Wis. It's a venue he likes, even though he hasn't fared especially well there.

"I've never had a problem catching numbers at La Crosse, but I haven't gotten those two or three bigger bites that put guys over the top. The weights are always super-tight and just a couple of those bites can determine whether you finish 40th or 10th.

"That style of fishing is what I have confidence in doing and hopefully I can get up there and settle in pretty quick." 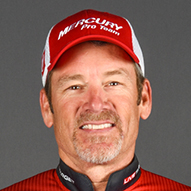