BACK
Had To Get Focus Back 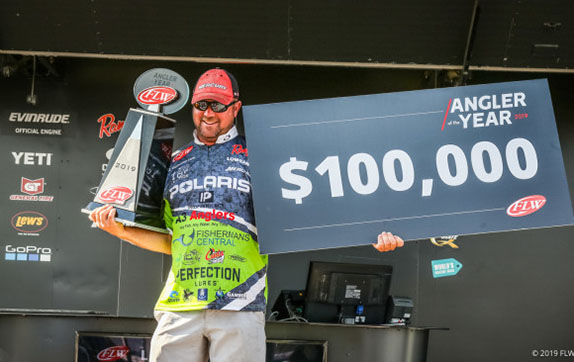 David Dudley clinched his latest Angler of the Year title with a 7th-place finish at Lake Champlain.

The previous three times that David Dudley won an FLW Tour Angler of the Year title, Clark Wendlandt and Andy Morgan were among the scores of competitors he had to beat out for the honor. It was the same deal for the other two – they had to out-fish Dudley every time to claim their own trifectas.

The fact that Dudley was the only member of that trio on the Tour roster this year takes away none of the significance of his unprecedented fourth points crown, he insists. In his view, the continual influx of talent to the pro ranks makes winning the AOY as difficult as it's ever been.

"There are so many young guns rising to the top now," he said. "Even though those guys (Wendlandt, Morgan and a bevy of other Tour stalwarts who departed for either the inaugural MLF Bass Pro Tour or the revamped Bassmaster Elite Series) weren't in the field this year, it was still an incredibly tough field that I had to beat.

"The younger guys coming up, they can beat any veteran on any given day. That's the scary part."

Dudley secured his record-setting points title with his 7th-place finish late last month in the regular-season finale at Lake Champlain. It was his third straight placement of 12th or higher and his sixth top-25 showing in seven 2019 outings.

He was unquestionably the hottest angler in the game seven years ago. The intervening seasons weren't nearly as spectacular, but they weren't bad, either; he qualified for the FLW Cup in each of them.

"I made the championship every year and I had some strong showings for the AOY, but part of me was thinking like I'd lost it," he said. "When you looked at my stats, they were (numbers) that a lot of people would die for.

"I knew I still had everything I needed to compete, but did I still have what it takes to be the cream of the crop? Like, you can still be a good basketball player or a good player in a lot of sports even though you're not in your prime. I didn't need validation to confirm that I was still a good angler, but it was good for me to get this because it shows that I can still end up at the very top."

After winning his first AOY 11 years ago, Dudley sat out the next year's Cup at the Three Rivers in Pittsburgh. He finished a career-worst 64th in the points that year.

"I got satisfied," he said of that '09 campaign. "I started thinking, 'I'm David Dudley and I'm good,' and then I got humbled. That pissed me off, naturally, and it helped get me refocused for 2011 and 2012. I had to get out of cruise control."

He said he was similarly motivated this year – to the point that he did a lot more fishing in the offseason than he normally does.

"It was really just me putting myself back through training. I did quite a few videos where I went to a new lake that I knew nothing about. Some of that drive came from starting the YouTube channel – I didn't want to look like a fool in the first year and be making excuses for why I didn't do well.

"Anything that sharpens your focus will help you do better. This year I got back into that zone that I was familiar with from the past, when I'm making good decisions and I know when to go and when to stay. I could go out and practice during the tournament and that's one of the hardest things to do."

He hasn't won an event since capturing two victories (Beaver and Champlain) during his magical 2012 campaign, but that's not nearly as important to him as continually putting himself in position to compete for points titles.

"I'd like to come away with another win, but winning another AOY blows any tournament win away."

> Dudley will make his 20th appearance in the FLW Cup next month at Lake Hamilton in Arkansas. He won that event in 2003 and has five other top-10 finishes on his ledger. 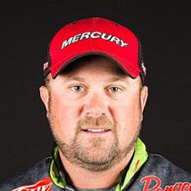