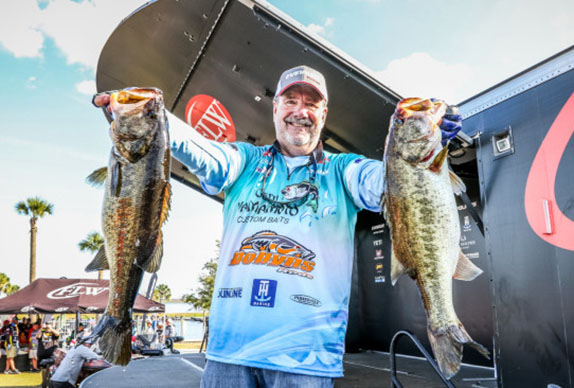 Larry Nixon has overcome a difficult start to the 2019 season to put hmself in position to qualify for his 17th FLW Cup.

Larry Nixon has settled into a pattern of qualifying for the FLW Cup in every odd-numbered year. He's in position to keep that trend going as he readies for the Tour's regular-season finale next week at Lake Champlain.

He's got some work left to do, though, at a venue that hasn't treated him all that kindly over the course of his exemplary career. In seven appearances there since 2002, he's finished no higher than 41st and his average placement has been 76th.

"It hasn't been a real good place for me," said the 68-year-old Nixon. "The last few times there, it seems like (either on day 1 or day 2) the wind just blows like a banshee and with my physical abilities being what they are at this point, it's not a lot of fun to be running around. I've always looked for a place where I could just settle in and fish and that hasn't worked real well at Champlain.

"You've got to have areas where you can go when the wind blows, and it is going to blow. I've felt like I've always been on fish, but sometimes I just couldn't fish them."

Early this season, it appeared that Nixon might be headed for a second straight Cup-less campaign when he posted two lower-pack finishes (99th at Sam Rayburn Reservoir and 145th at Lake Seminole) in the first three tournaments. But since then, he's placed 22nd at Grand Lake, 25th at Lake Cherokee and 35th at Lake Chickamauga to climb to No. 29 in the Angler of the Year race – 13 places higher than where the Cup cutoff for the Tour points list will fall.

"I thought I'd really screwed up at the start of the year," he said. "That was just a disaster at Seminole – the first day I had eight bites and I only landed two or three fish, and that ain't good."

He warmed up right along with the spring weather, though, making two day-2 cuts and just missing another in the last three derbies. He won't need a finish as high as any of those three at Champlain to make his 17th Cup, which will be contested in his home state of Arkansas, but he can't afford a Seminole-type bomb, either.

His game plan will be similar to a lot of the other competitors – catch a solid bag of smallmouths and then try to supplement it with a hefty largemouth.

"Catching a 4- to 5-pound largemouth seems to be one of the key tickets up there; you need at least one of those big fish each day. Catching 16 or 17 pounds of smallmouth has usually been pretty easy, but to get over that next barrier you need one big green fish. It's hard to do it with all brown.

"I'll have to see what period of the spawn they're in – whether they're still fat and sassy or leaned out and guarding fry. I'll go out and practice and hope for the best."

From a physical perspective, Nixon is feeling better than he has in several years. The broken bone in his left hand that dogged him last year has healed nicely, it seems that he's beaten down the case of the gout in his right foot that he's been battling and he's had no complications from the heart bypass surgery he underwent in late 2016.

"I'm getting around pretty good and it's been at least two or three years since I've felt I could do what I'm able to do right now," he said. "I saw my heart doctor for my three-year checkup and he said it all looked good and he'd see me in a couple years. I said that sounds good to me."

If he indeed makes the Cup, he'll be competing on a body of water that he's fished quite a bit over the years. Lake Hamilton is about a 2 1/2-hour drive from his home in Quitman, Ark.

"It's a different lake than Ouachita and it's fished better over the last three years than it has in many, many years. It's got everything a man could ask for ... bank grass, docks, brush piles. It's a long lake that's not real big, but with a small field, it'll fish just fine. It should produce more fish than Lake Ouachita did (in last year's Cup).

"The only really tough thing will be fishing there on a Friday, Saturday and Sunday in August. It's the biggest party lake in the whole state." 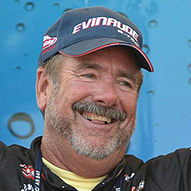