BACK
A Quick Study 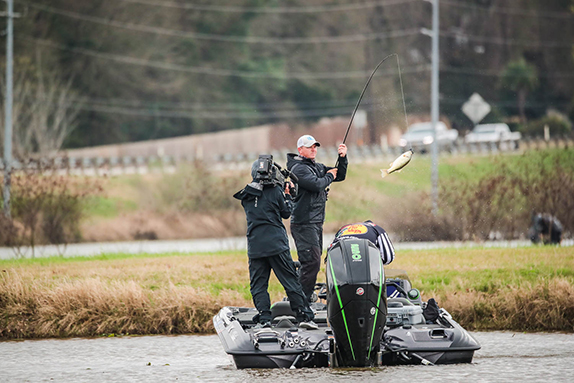 Jeff Sprague has had no trouble whatsoever in transitioning from the FLW Tour to the Bass Pro Tour.

Jeff Sprague had no reservations about changing tournament formats when he accepted one of the final invitations for the MLF Bass Pro Tour's inaugural season. Nonetheless, he didn't expect to excel to the level he has under the count-'em-all structure.

"I had zero expectations," said the Texan, who'll turn 38 just before the final regular-season event gets under way next week at Lake Winnebago and other nearby fisheries in Wisconsin. "I felt humbled to be here and I still feel that way. When we have a meeting and I look around at the guys beside me and behind me, it's an honor just to fish with them and to have success has been a bonus.

"Maybe at some point it'll resonate and sink in that I belong, but I haven't come off Cloud Nine yet."

Has Yet to Swing and Miss

Consistency has been Sprague's trademark since he turned pro in 2014. In five seasons on the FLW Tour, he turned in only two triple-digit tournament finishes and was one of the steadiest performers on the circuit over his final three campaigns, finishing 6th, 4th and 28th in the Angler of the Year race and qualifying for the FLW Cup each year.

Despite having no previous experience with the MLF format, he's taken that trait to an even higher level on the BPT. He's posted no finish lower than 30th, which has left him well inside the paycheck cutoff in each of the seven derbies to date. He's logged three top-10s, including a runner-up showing at Lake Conroe in his home state.

He'll go into the regular-season finale trailing AOY leader Edwin Evers by just three points. Michael Neal, who's No. 3 on the list, is 44 points behind Sprague.

"This format fits me because it allows me to fish more freely," he said. "If conditions call for me to yank the trolling motor and abandon everything I did in practice, I won't hesitate to do that.

"If I had to pinpoint one factor, I'd say that would be it: I'm fishing the moment, the day and the conditions. I'm not going in with preconceived ideas of how I'm going to catch them. I'm prepared to throw multiple different baits and fish multiple different patterns."

Sprague has always listed "mental toughness" as his primary fishing strength on his BassFan Angler Profile, and his background might make him more equipped to deal with that aspect of the game than the average angler. He entered the Army right out of high school and has since served as a firefighter, a cop and an emergency medical technician.

"Making decisions under pressure has been a part of my life since I went into the military when I was 18," he said. "A lot of younger people are used to having decisions made for them and they rely on that. In the military or law enforcement, you're tasked with making decisions that affect yourself and others that could turn out good, bad or indifferent, then you answer for them.

"That may help me subconsciously in fishing without me knowing about it. I haven't really thought about it."

Like just about every MLF angler, he says the periodic ScoreTracker updates that let him know where he stands in relation to the rest of the field are the most stressful aspect of that style of fishing.

"It 100-percent makes a difference in how your day goes and until other anglers experience it after it's implemented in other places, they won't understand that. When you know you're behind, a lot of times you'll start fishing faster and if you're not careful, you'll start fishing sloppy. You'll speed up when you should be slowing down.

"There are so many more mental factors involved and guys have to be aware of their surroundings and abilities and make the most of it. You have to use it to your advantage – you can't let the ScoreTracker tear you apart and cost you an event."

Sprague will make his bid to win the BPT's inaugural AOY title starting next Tuesday. He's greatly looking forward to the event because the fisheries are completely unknown to the vast majority of the field – if not the entire roster.

"Nobody's been there to my knowledge; nobody has any experience," he said. "It's a level playing field and I love that. It'll just be figure out what you can in a day and three-quarters of practice and let's go fishing.

"I'd prefer if we had no practice or just a half-day for all the tournaments. Granted, we're pros, and there's no sport where the pros don't practice, but we practice at home. We have the ability to break things down through our experience, so let's just get after it." 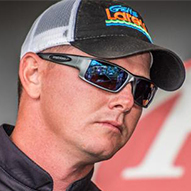