BACK
On Nice Roll Since Opener 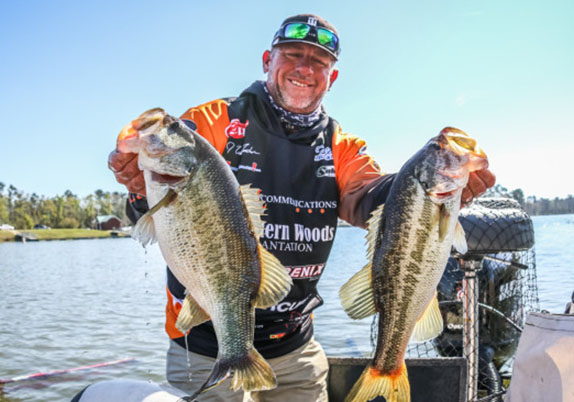 J Todd Tucker has been on the best run of his pro career since the second FLW Tour event of this season.

After 11 seasons as a professional angler, J Todd Tucker is on the verge of qualifying for his first tour-level championship event.

Pro fishing has been a long grind for the down-to-earth Georgian who'll celebrate his 46th birthday later this month. There was a rough season on the old Bassmaster Tour in 2003, then eight years of struggles on the Elite Series from 2009-16. He took 2017 off after being relegated out of the Elites, then joined the FLW Tour and finished 144th on the 2018 points list, with an 81st his highest placement in seven tournaments.

He started 2019 with another bomb (92nd) at Sam Rayburn, but has since found a groove that's carried him all the way to 14th in the points. He's fared no worse than 60th in the last five derbies, with a couple of top-15s in the mix.

Sure the FLW Tour field has been weakened a bit this year with the departures of 12 competitors (including longtime stalwarts such as Andy Morgan, Mark Rose and Cody Meyer) to the new MLF Bass Pro Tour. Still, that doesn't account for Tucker's 130-place improvement in the Angler of the Year race.

"This is absolutely the best year I've ever had," he said. "Basically, I've just calmed down and started to believe in myself and my ability to make the right adjustments each day. I'm not getting in a tizzy and I'm letting things happen, and that's led to better decisions.

"You hear all the time that the biggest thing in this game is confidence, but I can't say it enough because it's the truth. I've finally gotten to that point. A lot of things have happened in my life – financially and with family – that's helped create the confidence I've always needed."

More than One Iron

Tucker has never been a full-time angler in the strictest sense. He's long served as a hunting guide at Southern Woods Plantation (one of his primary sponsors) during the fall and winter and is now also managing the deer herd on a 759-acre tract of private land in his home state.

"I can take the time off to go fish, but when I'm back I'm out there 5 days a week," he said. "There's a caretaker who lives there who helps mow the grass, but I do all the food-plotting and (herbicide) spraying and everything like that."

During his year away from pro fishing, he served as the Eastern product representative for a Montana-based ammunition company, attending outdoors shows throughout that part of the country. It was a good gig for a while, but it didn't hold up for the long term.

"They eventually ran out of money and they just couldn't afford to have me doing that."

He didn't enter a single tournament at any level that entire year and, for the most part, didn't feel like he was missing anything.

"The only fishing I did was on farm ponds and I caught some monster fish. I had to go back to making fishing fun again."

Eventually got the Itch

Tucker got the urge to give pro fishing another crack late in 2017. FLW basically had an open-door policy for ex-Elite Series pros and he was able to garner enough funding to make it work.

"I started going back to some sponsors about the possibility of getting back on the road again," he said. "I thought it was pretty good that they'd come back with me after taking a year off."

He won't make excuses for his dismal showing last year, but said he's extremely happy that FLW has eliminated co-anglers from Tour competition.

"They play a part in your mind that I couldn't shake. Some of them were good ... really professional ... but some were dirty and didn't follow the rules like they were supposed to, like not casting when the pro was culling – some of them paid no attention to that.

"I'd try to be nice, but sometimes I just couldn't be. Stuff like that got in my head."

With no "competition" from the back of his own boat this year, he's on the precipice of qualifying for this year's FLW Cup at Lake Hamilton in Arkansas. He'll need only to catch a few fish in the regular-season finale at Lake Champlain at the end of this month to secure his berth.

He's tasted success at Champlain in the past, logging a 10th-place finish there in a 2011 FLW Series tournament back when those derbies were post-season Tour events.

"I always enjoy going there and catching both largemouth and smallmouth," he said. "I'm not going to worry about the points – I don't really need to play it safe like some guys who are closer to the cut line might. I'm going there to try to win the tournament."

As for the Cup, he'll relish the opportunity to compete for the $300,000 top prize with just over 50 boats in the field.

"That's an incredible opportunity that a lot of guys with they had. I'd be very proud to fish that tournament – it'd be an honor." 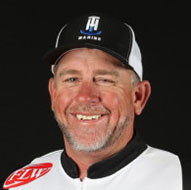