BACK
Tied For 2nd In Points 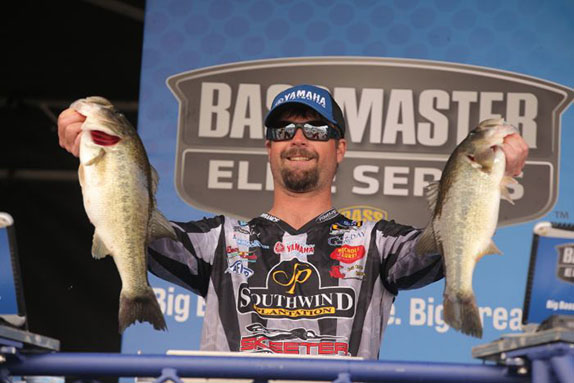 Drew Cook set several goal for his initial season on the Bassmaster Elite Series. One has already eluded him, but he's knocked another one off and the remainder are still well within his grasp.

The every-first-day-cut thing won't happen, as he finished 39th in the April tournament at Winyah Bay. It was by far his worst showing of the campaign even though he ended up just outside the top half of the 75-angler field.

Meanwhile, with just over half of the regular season in the books, he's already logged the two final-day appearances he'd hoped for (he was 4th at Lake Hartwell and 6th at Lake Fork). He's locked in a tight battle for the top rookie honor (as well as Angler of the Year) with Patrick Walters, the current points leader. Cook and veteran Stetson Blaylock are tied for 2nd, just 6 points back.

Up next is Lake Guntersville (June 21-24), a venue where he's competed twice – and won on both occasions. He and team-tournament partner Mason Brown out-fished other top tandems from Alabama, Florida and Georgia in back to back Reel Money Championship events in 2016-17.

The proceeds from those triumphs allowed him to fish both the Eastern and Central divisions of the Bassmaster Opens last year, and his performance in those triple-A derbies resulted in his invitation to fish the Elite Series.

Thrived on the Beds

Live every Florida angler who reaches the sport's top level, Cook is highly proficient at catching bass off of spawning beds. Seeing before casting has been a significant part of his program at every Elite event except for Lake Lanier (where he finished 12th).

"Sight-fishing is definitely my strong suit," he said. "We were actually just talking (Tuesday) night, me and a couple other rookies, and I think I've weighed in 45 fish off the beds for the season."

There won't be further opportunities to add to that total, but that doesn't concern him. Yeah, he grew up the Sunshine State, but his home water (Lake Talquin) contains plenty of ledges and deep water, so he possesses the same level of confidence in his offshore game that he does in his ability to look or flip.

"I should be fine at Guntersville because that's either going to be offshore, or you've also got the grass. Cayuga's going to be a grass deal and I'm really excited about that one. The St. Lawrence (River), I have no clue other than it has a bunch of big smallmouth.

"I've only fished up north once and that was at Lake Champlain. I think I'll be able to figure things out in practice. I've done a pretty good bit of research thus far, but I try not to do too much when I've got another tournament coming up somewhere else before then."

Elite Series anglers will return to action next week following a hiatus of more than a month and a half caused by the recent flooding in Oklahoma, which forced the Grand Lake tournament to be postponed until September. Cook will go to Guntersville off a 6th-place finish at Lake Fork, but it wasn't all fun times for him at the renowned Texas hawg factory.

In fact, he considers himself fortunate to have finished so high on the standings sheet.

"It was my worst tournament without a doubt – I lost so many fish," he said. "When you hook that fish that I hooked and don't catch them, it's very rare that you'll do that well. I still don't know what I could've done to prevent it."

He estimated that he lost 15 to 20 fish that weighed 4 pounds or more. They were spitting out Rat-L-Traps and jerkbaits left and right.

"I think the deal with the 'Trap was that they were eating it so good and they were getting it all the way down in their throat; when they'd come up and jump the first time I couldn't even see the 'Trap, but when they'd jump the last time it would come out. It was in the soft part of their throat and the hooks didn't attach. The ones I did catch, the bait would come out of the back and hook in the roof of their mouth up toward the lips.

"I couldn't get anything to eat (a bait with) a single hook and they wouldn't eat anything moving slow. It was just one of those things, but it's pretty bad when you're mad after you've 'only' caught 94 pounds." 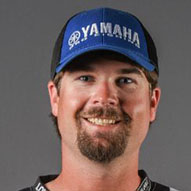