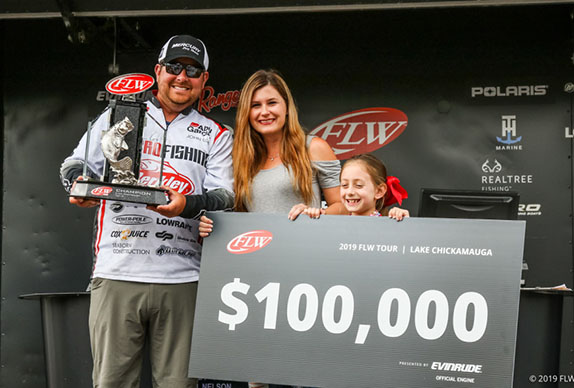 The Florida pro is arguably the best shallow-water angler in the sport, as he and his aluminum Crestliner have made a lot of money fishing skinny water, even winning an FLW Cup.

So when a tournament sets up to have a good shallow bite, and it just so happens to be one of his favorite lakes – a lake where Cox had previously won a Bassmaster Open around the same time of year – it’s little shock most pros picked him as the favorite to win the FLW Tour event on Chickamauga.

What makes Cox so good up shallow is often his ability to adapt, which he had to do often throughout his latest victory. Here’s a look at how the No. 3-ranked angler in the BassFan World Rankings constantly rolled with the punches, including making his last-minute, tournament-winning decision.

Cox came to Chickamauga with one thing on his mind: sight-fishing. The timing and conditions seemed to be lining up, and he was not disappointed once practice got under way.

“Right away I was finding so many fish right on the bank,” Cox said. “I’d get into areas, it’d be so shallow the bass would be up there laying sideways because they wanted to spawn so bad.”

After seeing that, including a double-digit fish that, again, was lying sideways in the skinny water waiting for enough water to get into the area for her to actually spawn, Cox simply went about marking as many bedding fish he could in preparation for day 1.

He doesn’t know how many he marked, but they ranged from 7 miles down the lake to 10 miles up the river, and he had a big bag of fish waiting for him come day 1.

“I love this lake, and with what I was seeing, I was so excited,” Cox said.

All Cox needed for his sight-fishing bite to go nuts was the lake’s water levels to keep getting closer to full pool. They did that during the off day, but they weren’t the only thing that rose, as the water temps came up a little too fast.

“I tried to target some females I saw in practice, but it almost got too hot for [the bedding fish],” said Cox about day 1. “The ones that were trying to spawn gave up and quit. So right away, first thing I bailed on everything and went to the five biggest males I had marked and caught them.”

Those males were enough to give him the day-1 lead, but day 2 was more of the same. He’d marked another five 6-pounders the day prior, only for them to all disappear. So once again, Cox simply caught all the males he could off beds.

Day 3 is when things got interesting.

He caught a 5-pounder off a bed to start, but when a massive storm rolled through around midday, he picked up a white swim jig to try and capitalize on a lingering shad-spawn bite in the cloudy weather. It didn’t matter where he threw it – to sawgrass, laydowns, grass, trees – the fish choked it right through the storm.

With more clouds and storms expected on the final morning, Cox had all intents to simply put that swim jig in his hands, stay closer to takeoff – no more than 5 miles in either direction from the ramp – and fish any stretch of backwater with less than 2-feet of water in it.

He caught a couple decent fish first thing, but then he had a lull during which he caught dozens of little fish.

“I really wanted to catch them on that jig, but in the afternoon I finally decided to fish the conditions like you’re supposed to,” Cox said.

That meant going to that 4 1/4-ounder he’d spent 4 hours throughout the previous three days trying to get bite. She bit three times on Sunday, with Cox finally corralling her the third try.

Then, with little time left, Cox remembered a pair of cypress trees up the river he hadn’t hit, yet where he’d caught some big fish in the past.

“My first cast to the first tree with that wacky rig, my line jumped and took off, but I lost that fish,” says Cox. “I thought it was over then. So I go over to the other tree and immediately catch a 4-pounder. So then I hop on pad back to the first tree, and I caught that second 4-pounder with 3 minutes left. It was unreal.”

> Main factor in his success – “My Crestliner is a huge thing for me. It reminds of fishing out of an old jonboat, and I just feel comfortable. It’s not as fast as other boats, but in practice it allowed me to get into backwaters other guys couldn’t to find a lot of the areas I’d eventually fish in the tournament.” 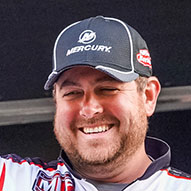