BACK
Three Bombs On Ledger 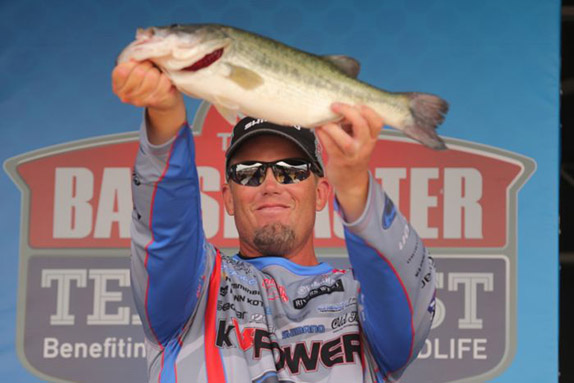 Keith Combs' 5-year streak of finishing among the top 15 in the Angler of the Year race will end this season.

Keith Combs has posted three finishes of 85th or worse on the Bassmaster Elite Series this season. That's one more than his combined total from his previous 7 seasons on the circuit.

"It's been a challenging year for me right from the start," the Texan said. "There's definitely been times this year when I've put myself in the wrong area of the lake. I'm not going to read into it too hard, though, because I'm doing exactly what I've done my whole career. It's just been one of those seasons.

"I could come up with a lot of excuses for why things have gone the way they have, but that doesn't do any good. It's something that's just a part of this game."

The 42-year-old Combs has been one of the most consistent performers in the sport over the past half-decade. From 2013 to 2017, his finishes in the final Angler of the Year standings were 5th, 6th, 14th, 2nd and 9th.

He's in 60th place with two regular-season events remaining – this week's derby at the Chesapeake Bay and next month's stop at the St. Lawrence River. He'll need to move up 10 slots in those tournaments just to get into September's AOY Championship, which he won last year at Mille Lacs Lake in Minnesota. Lake Chatuge in Georgia will host it this time.

"I haven't studied the points that hard," he said. "In years when I was in the top 5 I was looking at them constantly, but I know this year it's not pretty. I just have to go out and do what I try to do every time – catch them the best that I can.

"Based on where I'm at, with two good finishes I should be in decent shape. Even though the (points race) is pretty much set at the top, a lot of things will change in the middle."

His record at the St. Lawrence is strong (he's fared no worse than 31st in any of the Elite Series' three visits), but he notched a 60th in his lone appearance at the Chesapeake 3 years ago. Aaron Martens was a runaway winner in that event and Bill Lowen was the only other member of the final top 12 who averaged more than 15 pounds over the course of 4 days.

"We're there a little earlier this time and I know it fishes better than it showed last time," Combs said. "We had that flood tide and there were a lot of us who didn't find anything in practice."

Compounding Combs' frustration about his struggles this year is the fact that he really liked the look of the schedule when it was announced. Obviously, things haven't played out anything like he'd anticipated.

"I think most guys on the Elite Series would agree it's been a tough year," he said. "We've gone to some really good lakes at some really good times, but (the fish) just didn't bite like they should have. Even though the weights (at the top of the standings) might've looked good, they were still difficult tournaments."

The opener at Alabama's Lake Martin was the stop that concerned him most and he made a pre-practice trip there before it went off-limits. The early visit paid no dividends as he ended up with a 98th-place showing.

"At that point you know it's not just you. Practice had showed them the same thing it showed you."

He doesn't plan any alterations to his approach for the Chesapeake or the St. Lawrence.

"You can't say you're going to go and knock these two out of the park because it just doesn't work that way – you just have to go and catch them as good as you can. If practice boils down to a situation where I think I could go to one area and cash a check or go to another area where I might bomb, but I also might make a top-10, I'll always go to the possible top-10.

"In practice you try to find that and then you just hope for the best." 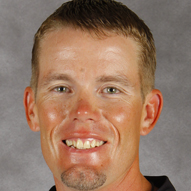