BACK
Quartet Has Pulled Away 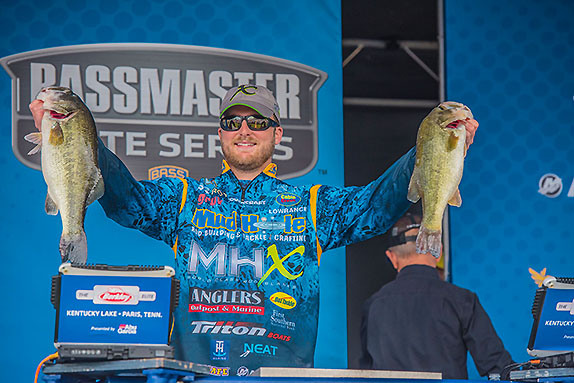 Bradley Roy will take a 10-point lead in the Angler of the Year race into the tournament at the Chesapeake Bay.

One guy has copped the title before, but it was quite a while ago and there have been some rough seasons between then and now. Another finished a very distant 2nd for the honor on one occasion and (except for last year) has become a fixture at the top of the list. The other two have never landed inside the final top 25.

We're talking about the top contenders for the B.A.S.S. Angler of the Year title – a foursome that has now put some distance between themselves and the rest of the Elite Series field with two regular-season events (the Chesapeake Bay and the St. Lawrence River) and the AOY Championship (Chatuge Lake in Georgia) remaining. Their ages range from 27 to 46 and they come from various parts of the country.

Here's a look at how they currently stand in the points race:

From there, it's a drop of 43 points down to 5th-place Ott DeFoe. It's no lead-pipe cinch that one of the top 4 will ultimately prevail, but it's unlikely that they'll all struggle badly enough over the final three derbies to bring others back into the mix.

BassFan conducted brief phone conversations with the top 4 early this week to get their outlook on the stretch run. They're presented here in the order of their current standing.

Roy has had a remarkably consistent campaign, with a 73rd at Lake Travis his only placement outside the top 44 through seven tournaments. He's coming off a 6th at Lake Oahe and has logged a pair of 4ths (Grand Lake and the Sabine River).

He's never been anywhere close to this position before, but he's not allowing his current standing to consume him.

"I'm just happy I'm having a great year," he said. "I just want to make sure I don't take anything for granted and that I get everything I can out of it. Obviously, (winning the AOY) would mean the world to me. It's the one everyone wants to win and it just solidifies your career. It would be a big deal."

"I think this has been a buildup of what's been coming for the last few years. I'm better mentally and I'm more confident to do my own thing and trust my instincts instead of just doing what everybody says you should be doing on a particular body of water. I'll stick to what's been working so far this year; I don't see any reason to change."

He had a good outing on his lone visit to the Chesapeake, but his record at the St. Lawrence is steeped in mediocrity.

"That one worries me more than the Chesapeake – it's a great fishery with a lot of 3 1/2-pounders, but those fish aren't good enough. Everybody's going to catch fish and I've got to find some that are a little bit bigger." 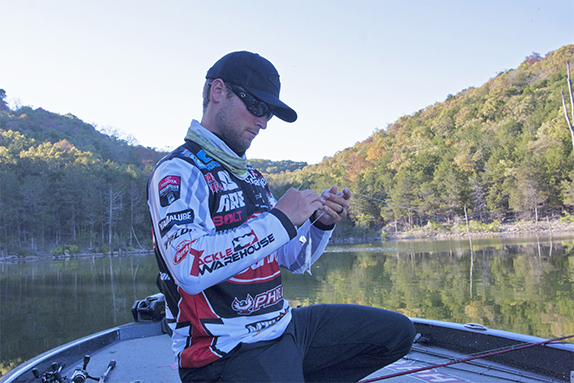 
Justin Lucas was the runner-up finisher for the AOY in 2015 – the year Aaron Martens dominated the race.

Lucas was the runner-up in the 2015 points chase that was dominated by Aaron Martens – he finished a whopping 112 points behind the three-time AOY. He also has AOY finishes of 8th and 11th since coming to the Elite Series in 2014, but slumped to 64th last year.

He's begun 4 of his 5 Elite seasons with a top-12 finish in the opener – the exception was 2017, when he was 100th at Cherokee Lake. That laid the foundation for a difficult campaign.

"Last year I tried to force too much and a bad start like that never helps," he said. "This year I was 6th (at Lake Martin) and it felt like things were back to normal.

"I really never thought I'd get as close (to winning the AOY) as I've already been a couple times. This year has kind of solidified that yes, I'm a versatile enough fisherman to be up there. Of course, I want to win it at some point in my career because it's the most important and respected trophy in pro fishing. I'm not taking anything away from the Classic – I'd love to have the $300,000 that comes with winning that – but as for which trophy I'd rather have, it's the AOY."

The Chesapeake should once again be in his wheelhouse, as he's a tidal-fisheries expert from his days growing up on the California Delta. He has two middling finishes at the St. Lawrence, but last year's showing could've been a lot better.

"I was in 3rd place going into day 3 and I really stumbled. I'm not at all worried about how I've finished there in the past other than the experience it's given me should only help." 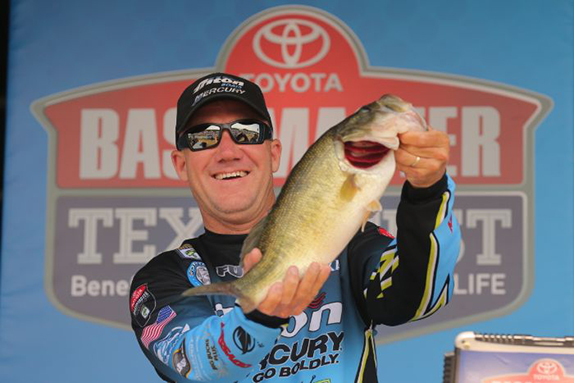 Chapman finished 19th in the points the year after winning his AOY, but then failed to qualify for four consecutive Classics with placements ranging from 52nd to 63rd. He's bounced back hard this year with five top-30s.

"I've just been keeping it simple this year," he said. "The last 3 or 4 years I was trying to make things too complex, but I've gotten back to basics and what works for me."

He fared well on the circuit's visit to the Chesapeake 3 years ago, but his finishes at the St. Lawrence have been progressively worse on each occasion.

"I haven't been going in the right direction there, for sure. I don't think that stems from my skill set or the body of water; it's more about some of the mental decisions I've made the last few years. I wasn't defeated by the fishery, I was defeated by myself.

"Last year I saw (winner Kevin VanDam) three-quarters of the time every day, so I was around the right fish. I just made bad decisions."

He said that already having an AOY trophy on his mantle should be a major benefit as he attempts to become the 12th angler to win it more than once.

"It gives me some confidence knowing that I've done it before. I know how special that title is and having the opportunity to win it again, the second time would be even better." 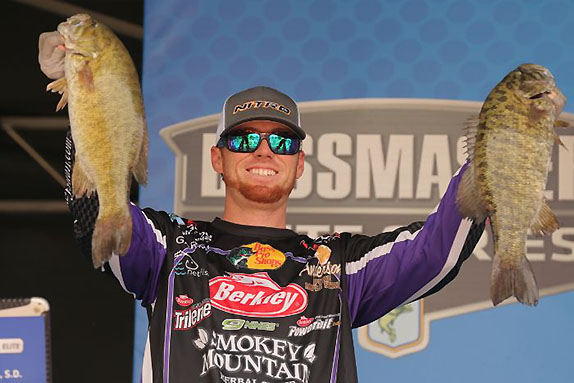 
Josh Bertrand has made the money cut in all seven Elite Series tournaments this season.

Bertrand's record on the two remaining regular-season venues trumps those of the other three primary contenders, as he's easily made the money cut (top 50) in all four outings. He's been particularly efficient at the St. Lawrence, where his average finish has been 11th.

"I like Northern fisheries better than Southern and I really don't know why," he said. "I tell everybody that the St. Lawrence is my favorite place to fish – I just love it.

"I've only been to the Chesapeake the one time and it was a challenging place. I remember being happy leaving there last time with a 34th and I'd probably be happy with that this time, too."

He's cashed a check in all seven tournaments this year and has two single-digit finishes – a 6th at Kentucky Lake and an 8th at Oahe.

"I'm really happy that I've had such a solid year so far. Qualifying for the Classic has always been the goal and it still is, but being higher (on the points list) than where I've been before is fantastic.