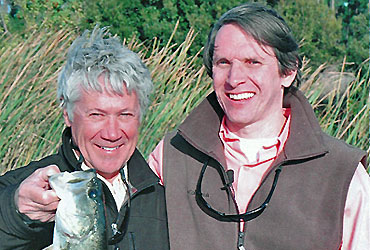 BassFan: Can you talk about your industry experience a little bit? Your father Bill, Sr. started one of the best-known rep groups ever in the business, right?

back in 1964, which was a rep company. In 1985 I bought the company from my father, and owned it up until a couple years ago. Then I sold the company and got out of the rep end of the business. So I owned it from '85 until 2 years ago.

Why did you get out of the rep business? Did you just want a change of scenery, or did you see a fundamental change in the business?

It was really both. For a long time I wanted to be on the manufacturing side and there was an opportunity to do that. I bought Cotee – an inshore saltwater jig and soft-plastic company. They make the baits right here in Port Richey, Fla. It's real well-known, but a regional product. I liked that, but there was the opportunity to get out of the regional thing and get to the next bigger stage of fishing lures. When Jarmo and I talked – we'd been friends for years – and we saw that Bagley was on the market, we decided to make some serious moves there.

Will Bagley serve as the company for the next wave of Jarmo's designs? In other words, is Bagley a pretty permanent home for him and his ideas?

Oh sure. Truthfully, the first job for us was to fix our balsa baits and bring back the traditional Bagleys – get them in stock. The previous owners hadn't stocked in the U.S., so shipments were tough – fulfilling orders and so forth. So we did the basic blocking and tackling – making sure the lures operate correctly, making sure they're priced right.

As far as new product, with a guy like Jarmo, you can only imagine how many really good ideas he has for lures down the road. With any lure, it really takes 2 years to take the idea to the retail shelf. It doesn't happen overnight, but we will have new lures coming down the road.

Who do you see as your core customer?

We've seen an aggressive escalation in hardbait pricing, particularly in the bass market. Where will your Bagleys come in?

The retail prices will go down somewhat. We thought we needed to get them to a more realistic retail price point, and then work on the packaging. So all those basic things are complete now. The new site's being worked on and within 60 to 90 days, the actual website will be up and active. That's what we really put money into – the product along with the website.

We've looked and obviously studied the market. I've been in it for many years. I know the price points, I know a lot about the factories that produce lures today. My observations are: There are a lot of really good lures, but these price points have gotten too high. That's been a concern for us, because the higher the price points, the lower the volume that occurs in the line.

So we wanted to come in from a retail perspective in the medium-high range. We'd like to see Bagleys retail from $7.99 to $8.99, and we really don't want them to be higher than that. If we have to sacrifice margin on our side to get there, that's what we're doing. We don't think it's sustainable to let these lures get over $10. 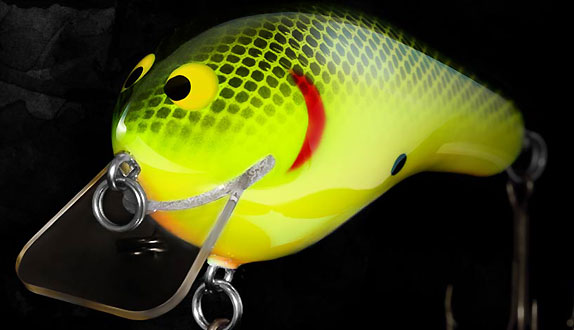 
Bagley redesigned it's logo and message to convey the theme of 'back to the originals.'

So you're saying that rather than cut quality – maybe on hooks, or paint or whatever – you'll take a lower profit margin, and maybe or maybe not make it up in volume?

We have to sacrifice margin. We've already priced the line out and made the distinct decision to do that.

You're talking about the hardcore bass anglers being your core customers. Do you plan to run a pro staff?

Eventually yes. But like I said, there's only so many dollars you can spend when you first start out. We put money into two main things – getting the quality of the lures to be really good and consistent. That was the big focus. Then it was the packaging. Then coming up with the inventory.

That all took quite a bit of work. We're already forecasting 2012 – we've already put our orders in for 40% of the year. We're committing to the inventory, which is dollars, and there's only so many bucks to spend. So we did that first, but as we get distributors and product out, then we'll be talking with key pros here and there who like to work hard and who are good guys.

> Lee Sisson is a former Bagley designer who left to form Sisson Lures and now fishes the Bassmaster Elite Series. Sisson has rejoined Bagley as a consultant.

> Cullerton noted that Bagley does have designs on saltwater beyond its current Finger Mullet and topwater offerings.