BACK
Will Be Included In World Rankings

How Does The TTBC Field Stack Up? 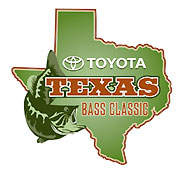 The four extra slots could perhaps be used to argue against recognition of the TTBC as a unifying championship, but regardless, the TTBC is still the only championship to draw from the top three national tours.

When it comes to the nitty-gritty, though, how strong is the field? After all, points races are only a 1-year measure.

Years ago, BassFan held a Cabela's Top Gun Championship, which invited the Top 25 pros in the BassFan World Rankings. Kevin VanDam and Aaron Martens opted not to fish, so the Top Gun field was extended to the Top 27-ranked pros in the world.

And because the BassFan World Rankings are based on a 2-year rolling statistical analysis, they're in many ways a superior measure to points races.

How would an analysis of the TTBC field look against the BassFan World Rankings? Here's an examination.

To right is a look at this year's 50-boat TTBC field, sorted by world rank. Exemption anglers and defending champ are noted.

Immediately, it's obvious the TTBC field includes all of the Top 20-ranked pros except No. 1-ranked Skeet Reese, and all but three of the Top 30 (Reese, Matt Herren and Jason Williamson are absent).

For an academic comparison, Top Gun included all but two of the Top 27 in the world. The No. 1-ranked pro at the time, Greg Hackney, fished Top Gun, but as noted previously, VanDam and Martens did not.

But a number of pros ranked in the 30th through 50th range are fishing the TTBC as well, which creates substantial evidence that it's likely the strongest championship field assembled in at least the past decade.

As well, arguments that exemption slots dilute the field are certainly tempered by this year's selections. Three of the four exemptions helped fill out the Top 30-ranked pros, and the other exemption went to 46th-ranked Scroggins.

For Grigsby, in the event of double-qualifiers, the TTBC works down the PAA combined tour points list to fill the field. Grigsby was first out of the event based on that list, so the Foundation "went ahead and extended (Grigsby) the invite," Francoeur said.

For all the above reasons, BassFan made the decision to include this year's TTBC in the World Rankings. A new final edition of the Rankings will be published after the conclusion of the TTBC.

A few other notes about the field: