Neal Anxious To Get Back At It In '22 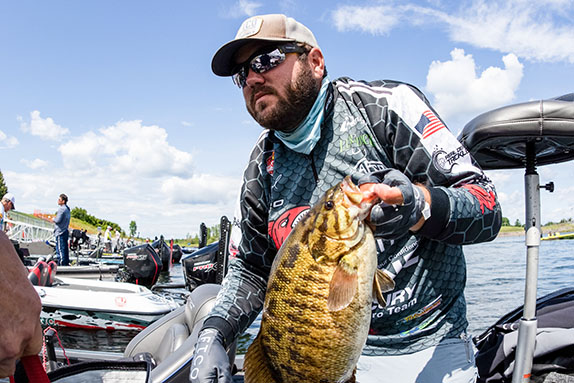 Michael Neal still claims to now know a lot about smallmouth, but he did a fine job of catching big ones this year.

Michael Neal hasn't been sitting his house and looking at his new hardware in the aftermath of a season in which he picked him his long-awaited initial tour-level win and captured his first Angler of the Year (AOY) title. Neither was he hanging out at his tackle shop at Lake Chickamauga, chatting up customers about his exploits.

He was helping his father harvest 2,000 acres of corn and soybeans. It wasn't going all that smoothly, either, considering that he'd destroyed the windshield on the used combine he'd purchased just a couple of weeks earlier, necessitating a five-hour drive to get it repaired.

"The headers, which is the part that picks up the corn, have nose cones on them and those pieces have to be greased," he explained. "I wasn't paying enough attention when I was doing that and when I tilted the nose cone back, it took out the whole windshield."

He could run the machine without the protective glass, but he wouldn't emerge from that endeavor in good conditions.

"You'd be about four complexions darker and you wouldn't have any lung capacity at all."

Consistency has long been the trade mark of the 30-year-old Neal, but this year he mixed in a few dashes of the spectacular. He won the MLF Bass Pro Tour season finale last month at Lake St. Clair and topped the MLF Pro Circuit final AOY standings by 17 points over Skeet Reese. He ended up 4th in the BPT points race, trailing Jacob Wheeler, Ott DeFoe and Brent Ehrler.

In 16 tournaments, he posted seven Top-10 finishes. A 60th-place showing in the BPT event at Sam Rayburn Reservoir was his only placement lower than 33rd.

He was particularly good in northern smallmouth events from the middle of June through early September, with no finishes outside the teens. This despite his insistence that he still doesn't know a lot about the brown species and that they never-give-up nature and tendency to go airborne dramatically increase his anxiety level.

"I really had a good year fishing for them, but I still have a lot to learn," he said. "I'm a lot better (at catching them) than I used to be, but I'm still nowhere near an expert.

"The biggest thing for me is just understanding that most of the time you can't go back to the same spot and catch them again. They roam around a lot and they're not like largemouth, which live in or on top of the cover. They just get around it."

Modern technology has also aided him a great deal.

"I just stay on the trolling motor and the forward-facing sonar until I figure something out, and then you start to understand. All those lakes like Champlain and wherever, you never thing about them having current, but fish still relate to it.

"Still, I'm not as comfortable fishing for them because you have to use light line and play them so much and their acrobatic nature stresses me out when I'm trying to get them in the boat."

> Neal will compete in three MLF Cup events this fall, then will devote some time to his tackle store at the Dayton Boat Dock. "I need to get everything squared away with the new products and all that, then not long after that it'll be time to start (the 2022 season)," he said. "It'll definitely be the shortest offseason I've ever had."

> He'll again fish both the BPT and the Pro Circuit. "I get free entry fees into the Pro Circuit so it'd be really crazy not to do it. But even if I didn't, I'd still do it again." 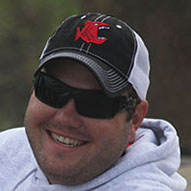