BACK
Rayburn Up First 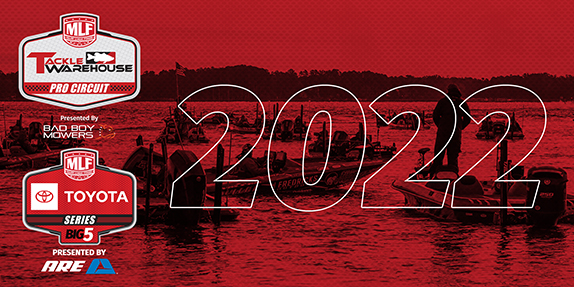 Major League Fishing (MLF) announced Thursday the schedules for the 2022 Pro Circuit and Toyota Series at a live press event held at the ICAST show in Orlando, Fla.

Here's a look at the Pro Circuit schedule:

“We’ve got some great momentum as we near the end of a very successful 2021 season and we look forward to carrying that momentum into 2022,” said Kathy Fennel, MLF Executive Vice President and General Manager. “Our team has put together a pair of great schedules that I know will have our fans and anglers excited – a nice mix of some of our historic venues along with a few fisheries that we haven’t visited in a while. Our MLF anglers are the best in the world, and we look forward to providing our world-class tournaments to them again in 2022.”

Also announced Thursday was the 2022 MLF Toyota Series schedule, which kicks off its regular season in early February at Lake Okeechobee in Clewiston, Fla., and runs through late-September when it wraps up at the St. Lawrence River in Massena, N.Y.

Here are the schedules for each of the six divisions: