Jerkbait Around Brush Was The Key For Connell 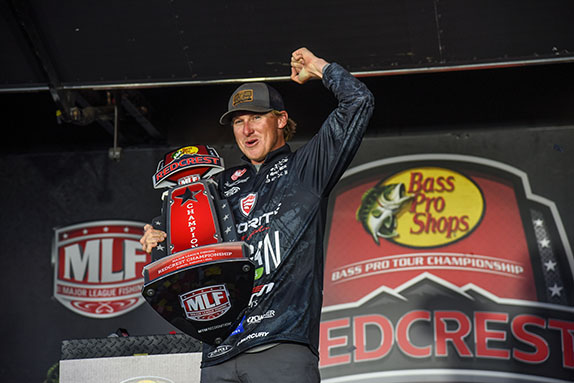 The first Top-10 finish that Dustin Connell posted as a tour-level angler was his victory at Ross Barnett Reservoir during his 2017 rookie season on the Bassmaster Elite Series. His résumé since then shows that he's been more consistent than spectacular.

He produced five single-digit finishes in 13 regular-season outings over the first two years of the MLF Bass Pro Tour's existence, but was left wondering when that second win might arrive. It occurred last week when he dominated the final day of the REDCREST Championship at Lake Eufaula in his home state of Alabama.

"I told myself that if I just kept doing what I was doing and kept making Top-10s, it was going to happen," he said. "It ended up happening when I least expected it – it's such a big tournament and it seems far-fetched to think that you're going to be the guy when there's 40 awesome fishermen out there."

The Championship Round was somewhat of a rout as only one competitor (runner-up Michael Neal) stayed within 10 pounds of him, and Neal was more than 5 1/2-pounds in arrears. Connell's 12 fish, 36-15 showing garnered him a $300,000 paycheck.

He said the major financial windfall won't change how he approaches the upcoming BPT season.

"You have to keep doing what you do and when you have that opportunity, when you get yourself in position, then you strike."

Connell's program at Eufaula involved probing brush piles in 5 to 10 feet of water. Most of the fish were inside the brush, perhaps 2 feet off the bottom. He was aware of their precise locations thanks to his Lowrance ActiveTarget Live Sonar unit. 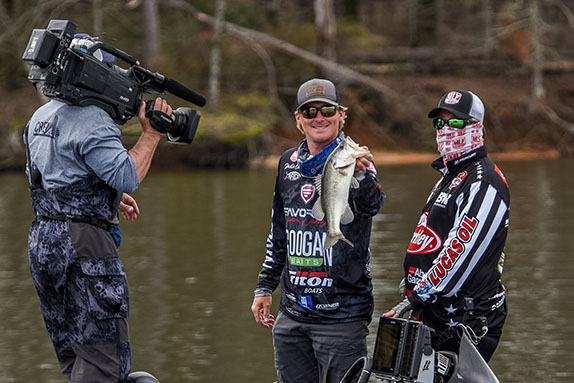 
Only one angler managed to stay within 10 pounds of Connell during the Championship Round.

"On the one day of practice we had I didn't fish a lot," he said. "It was kind of a double-edged sword because I wanted to fish, but I knew a lot of stuff would be changing during the tournament. I idled a lot of piles and I'd make a couple of casts with a spinnerbait, and if they weren't eating I'd go on to the next one."

He had about 20 piles that he rotated through, with 10 of them producing the bulk of his best fish through the course of the event. They were all within about a half-mile of each other in the clearer water at the lower end of the lake.

He didn't have to deal with much company.

"There were some local guys down that way," he said. "I saw (Bryan) Thrift one time, but there weren't many guys around me and nobody was fish the places that I was."

There were times when a single pile would be holding five or six oversized fish and he'd end up catching two or three. A jig produced some key specimens, particularly early in the day when the fish were holding tighter to the piles, but a jerkbait ended up being his primary weapon.

He'd been throwing the spinnerbait during the middle and latter parts of the day, but got a notion to try a jerkbait after the water had cleared up considerably and the blade got less favorable attention from his quarry. That hunch proved to be spot-on.

He caught his first fish of the Championship Round, a 3 1/4-pounder, on a jig. The deep-running jerkbait produced the other 11, the biggest of which was a 4-pounder.

> He went with the short rod because it made casting easier under the conditions he faces. "I was looking at the ActiveTarget the whole time and just making little, short snap-casts." 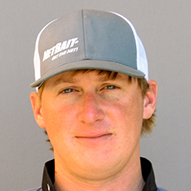