BACK
A Few Or A Lot? 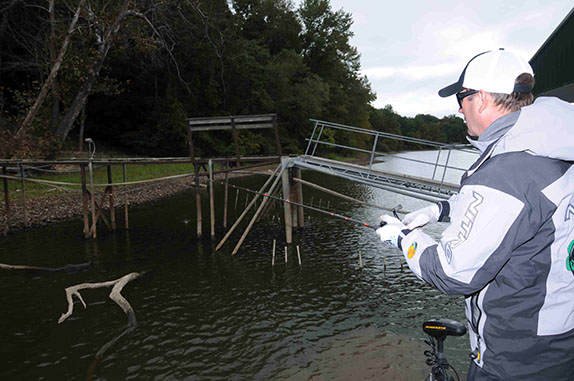 Kevin VanDam favors tough tournaments when every fish counts and he can capitalize on opportunities to win.

When the going gets tough, the tough get going.

Some touring pros put a lot of stock in this old saying because they prefer fishing tournaments where the bite is slow and they can rely on their experience and instincts to win the events. However, other pros think catching plenty of bass helps them hone their skills, so they prefer competing in slugfest tournaments in which everyone is catching fish.

Here's a quick sampling of the views of a few top pros.

> Kevin VanDam – “I enjoy fishing the tournaments where we are catching more fish but I just like it a lot better in those tough tournaments. I just think that being prepared mentally and equipment-wise helps you in a tough tournament when every fish counts and you can minimize mistakes and capitalize on your opportunities – something I have done well over the years.”

The gold standard of tough tournaments the Michigan pro has won was the 2005 Bassmaster Classic in Pittsburgh, when he recorded a three-day winning weight of only 12 pounds, 15 ounces.

> Edwin Evers – "I have had success doing both. I actually prefer the slugfest because it's so fun, but I feel like my chances of winning a tournament are always better when it’s tough.”

The Oklahoma pro notes that in tough events he can sometimes find one tiny detail or hidden clue that he can run with.

“You get a lot less bites and you have to think on the fly. Conditions change, which makes your decisions change.” 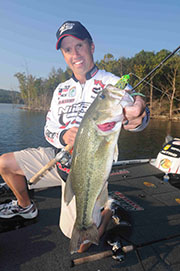 
Edwin Evers feels like his chances of winning a tournament are better when conditions are tough.

“I made a lot of decisions by the seat of my pants. Fish were moving daily by the hour and minute and I took chances and went to places I hadn’t ever been and it paid off every day.”

> Rick Clunn – “Slugfests are fun, but they are not my favorites. Actually I prefer the tough ones, but my definition of tough is that there are patterns that intellectually, intelligently exist but they are very difficult to figure out and they change very quickly.

“When I talk about tough, I don’t mean going to the Ohio River 20 years ago and there are no fish there. I want there to be a method to where you can still catch a limit every day, but it doesn’t have to be 4- or 5-pounders.

“The thing I don’t like about the slugfests more than anything else is the psychological hit you take. If you don’t make the Top 40 with a 3-pound average, you go home realizing you got hammered. But in reality you didn’t. You were only a pound and a half off from making the cut, but the problem with those slugfests is a pound and a half or 2 pounds can be 20 to 30 places in the standings. So all of a sudden where you thought you would have made the cut instead of being in 40th place you were in 65th and you feel like you did horrible. So from a competitive standpoint, you didn’t do well, but from your execution and figuring out patterns you have to somehow retain that you didn’t do terrible. Otherwise, you'll be mentally beat to death.”

The Missouri pro believes tough tournaments improved his skills and instincts. He especially likes the events he calls “curveball tournaments,” such as the 2016 BASSfest on Lake Texoma, when the lake rose 12 feet above normal and none of the pros had any history on the lake for that situation.

“All that information and the stuff guys thought they were going to do was trash,” Clunn said. “Now they had to go back to just them fishing. That is where I think a lot of guys are still somewhat weak and don’t have near as much confidence.”

Clunn finished 7th in the BASSfest and won a tough Bassmaster Open on Sam Rayburn in 2002 when he averaged less than 15 pounds a day and weighed in only 8 pounds on the final day. 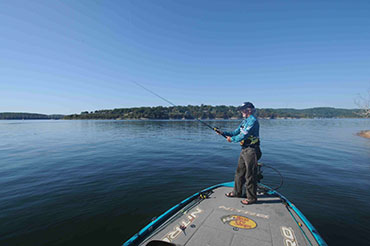 
Rick Clunn believes tough tournaments have helped him develop his skills and instincts throughout his long career.

“The reason I do well in the tough tournaments is I really like it when I have to figure out what the heck the fish are doing because of the way I fished in my early career.”

> Drew Benton—“I'm like most fishermen in the fact that I like to catch fish, It is easier to win or move way up in a tough tournament because obviously one bite can propel you a long ways and just figuring out one little key deal or one bait or something can really propel you into a good finish. So a tough tournament is the easiest way to make up ground and get some points. But as far as a season goes, we like to go to good places where we can get a lot of bites and catch a bunch of fish. Who wants to go through a whole season with a bunch of grinders?

“Every year on the schedule we will have a place where you circle it and know it is going to be tough. Those are the tournaments you really have to bear down and focus and not have a bomb.”

The Florida pro believes you have to be catching bass to hone your skills and improve your decision-making.

“It seemed like I had to go through a bunch of fish to get a quality bite,” he said. “Just getting bites gave me the confidence to keep a topwater lure in my hand and keep throwing it, knowing that if I went through enough fish, eventually I was going to run into one of those 4-pound-plus bites which I was able to do each day, and that was what was huge in that win.”

> Jacob Wheeler – The Indiana pro believes it's easier to win tougher tournaments because those events are more of a mental battle. 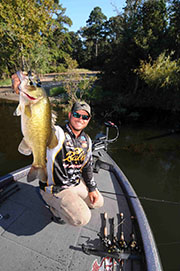 
Drew Benton favors competing in slugfest tournaments because he believes catching lots of bass improves his skills and decision-making.

“The slugfest fares best for that,” he said.

Benton notes that the instincts anglers develop in slugfests can help put them on top in tough tournaments. He won a slugfest at Lake Travis in the 2018 Bassmaster Texas Fest when he weighed in a

“Whatever format you're fishing, you might only be catching six, seven or five bass a day," he said. "Normally the tough tournaments are where you have really tough conditions like super cold or hot, muddy water or in the middle of August when the Forrest Wood Cups used to be. I don’t necessarily love tough events, but I think they are easier to win because if you do get dialed in at any point in time, you have a really good shot to win.“

Wheeler grew up fishing tough tournaments in Indiana, where a guy could catch only two or three bass in a BFL and finish in the Top 10, so he prefers competing in slugfests because he enjoys catching fish.

“I feel like you learn a lot from those slugfests because you catch so many bass. I feel like the more bites I get in a day, the more I learn.”

An example of a slugfest in which Wheeler said he learned a lot was his victory at Table Rock Lake on the Bass Pro Tour. Throughout the tournament he had to change up from catching largemouth bass swimming a jig around docks to targeting suspended spotted bass with swimbaits, shaky-head worms, dropshot rigs and Neko rigs around deep docks and offshore structure.

“Even though it was a slugfest, I couldn’t put one lure in my hand and go,” he said. “I had to adapt and make adjustments.”