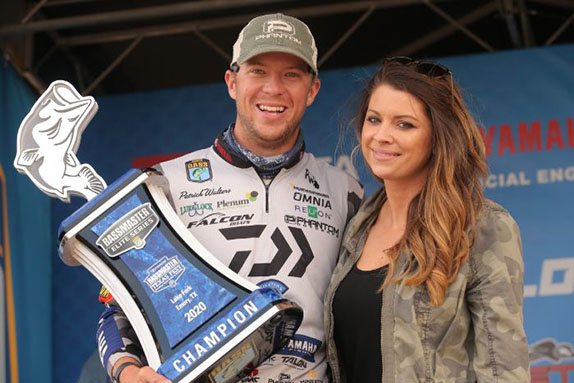 Patrick Walters' victory at Lake Fork was his first at the tour level.

Patrick Walters thought he might've been missing the figurative boat – the one that the people who know what's what in a given situation all hop onboard – during practice for last week's Toyota Bassmaster Texas Fest at Lake Fork. It seemed that nobody else in the 85-angler field thought much of the places he'd assessed as potentially fruitful or the tactics he'd deemed could be effective, so maybe they'd all found better stuff elsewhere and he was headed for a beat-down.

"I told my dad that I had nobody around me and I hadn't really even seen anybody," he said. "I'd go to an area and there'd be nobody anywhere near it, so I honestly started second-guessing myself. But I told myself that I was catching fish, so I couldn't worry about what anybody else was doing. I was out there to beat the fish and I'd have to find them each day."

It turned out that Walters, a second-year pro from South Carolina, had dialed into a program that would produce unheard-of numbers from the carefully managed Lone Star State hawg factory. He amassed springtime weights while Fork was in the midst of the fall doldrums and had considerably more on his ledger after 3 competition days than the rest of the Top 10 could manage in 4.

He ended up with a 104-12 total – the circuit's highest winning weight of 2020 at a time when fisheries in the southern part of the country are at their stingiest. He outdistanced runner-up Keith Combs, a guy you may have heard of in regard to Texas fisheries, by a whopping 29-10. That margin nearly doubled the previous Elite Series standard, which had stood for 14 years.

"I don't know why nobody else found those fish or why I was the only one to do that," he said. "It's not like it was one spot; it was the same everywhere I went."

It was given that a few bags that topped 25 pounds would be caught at Fork, but the notion of one angler posting an average higher than that over 4 days seemed borderline preposterous. The big fish were scattered out at various depths and the weather was still too warm for them to begin feeding heavily in preparation for winter. Texas Fest would be like the three other rescheduled autumn derbies that preceded it – a tough-bite, relatively low-weight affair. 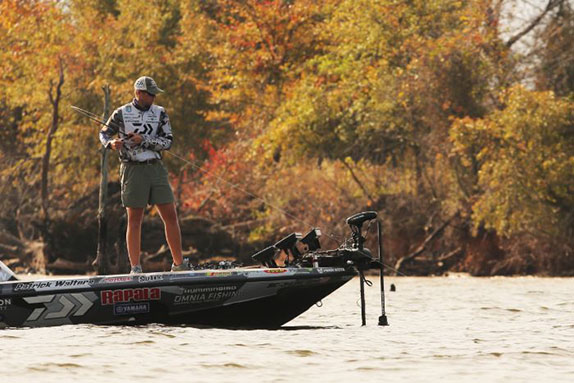 
Walters' jerkbait pattern was effective at depths ranging from 2 to 35 feet.

That wasn't the case for Walters, however. He was in 2nd place after the opening round (the day Rick Clunn sacked 29 1/4 pounds), but led by more than 11 pounds after day 2 and exactly 25 on day 3. The final day was comparatively slow for him and he needed a final hour flurry following a move to shallower water to top the 100-pound mark, but his bag was still more than 4 1/2 pounds heavier than any other.

He caught all of his fish on one of three suspending jerkbaits – a Rapala Shadow Rap, a Megabass Vision 110+1 or a deep-running Duo Realis model. They came from flooded trees in half a dozen or so different locations.

He saw the vast majority of the fish on his Garmin LiveScope unit before casting too them. Extremely well-versed in electronics usage, he could gauge their mood by their reaction when the bait was in front of them, which often prompted a change in the presentation (cadence, speed, depth, etc.).

"I was letting the fish to the talking and letting them tell me what they wanted," he said. "When I got a bite, that was them saying yes – that whatever I was doing was right. It was a pattern inside of a pattern that would sometimes change on every fish, or sometimes it might last a couple hours."

At each of his locations there was a single tree that he'd identified as the one most likely to harbor fish. He'd fish that one and any others within about 100 yards before heading for the next spot.

The ideal scenario was to pinpoint multiple fish on the same tree using LiveScope.

"The biggest group I found was five and when I found that, I knew I'd get a bite," he said. "Twos and threes were good, but singles were hard because they'd just sit there and play with the bait. If you found multiples, they were very competitive with each other."

He enticed bites from fish that were as shallow as 2 feet and as deep as 35. All except the shallowest were suspended well off the bottom.

He followed some fish from one tree to another using his electronics. On day 1 he chased one up a ditch running through the bottom of a pocket for 200 yards to some standing timber at the back – a pursuit that lasted 10 minutes. He eventually caught it.

"That blew my marshal's mind and it kind of blew mine too."

> The Shadow Rap was the best for wood – I could fish it kind of like a square-bill," he said. "The 110+1 would cast the farthest and the Duo Realis was for shallow water." 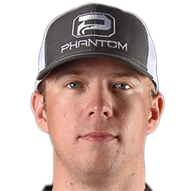