Late Charge Has Given Felix A Good Shot At AOY 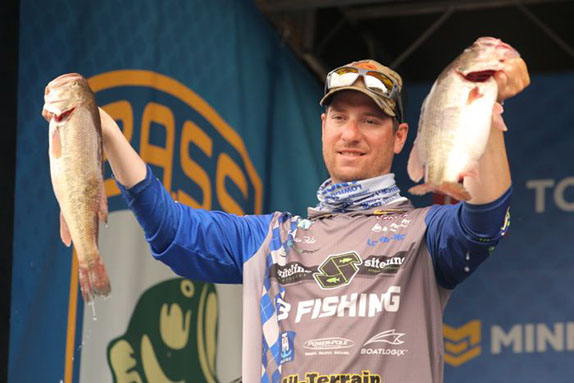 Austin Felix will go into the final Bassmaster Elite Series event of the season trailing Angler of the Year leader David Mullins by 5 points.

Austin Felix's first campaign on the Bassmaster Elite Series didn't get off to a very good start. It's all been good since that first event, however, and his late-season charge has opened the possibility of claiming both the Rookie of the Year and Angler of the Year titles at this week's final event.

Felix, the 36-year-old from Minnesota who competed for 4 years on the FLW Tour, will enter the Texas Fest derby at Lake Fork trailing AOY leader David Mullins by 5 points thanks to Top-5 finishes in each of the last two tournaments. He has a 26-point advantage over Kyle Welcher for the top rookie honor.

"I never really had any specific goals about winning a tournament or winning the AOY, so to have a shot at it has been a pleasant surprise," said Felix, whose best FLW points finish was 20th last year. "My No. 1 goal was the make the Classic and that's pretty much wrapped up, and No. 2 was to win the Rookie of the Year. That one's not complete; if Kyle has a good tournament and I don't, he'll jump me.

"It's been a really good year. I just wish I could have that first event back."

Felix posted a 64th-place finish in the season opener at the St. Johns River in Florida. He'd had a pretty good practice, but then the first 2 competition days were postponed due to powerful winds and all of his plans went by the wayside.

"The St. Johns flows north and the heavy winds were out of the south and it blew all of the water out of my areas," he said. "They took 6 inches or more of water out of the entire river system. All of my practice stuff was in 18 inches to less than 2 feet and I couldn't even get my boat into most of those places.

"I had to start all over again and I wasn't prepared for it."

He rebounded with four straight Top-25 showings during the summer as the circuit resumed after the long coronavirus-induced shutdown. He started the fall swing with a 40th at Lake Guntersville before logging his consecutive Top-5s (4th at Santee Cooper and 5th at Chickamauga).

"I really just had two good events – I found a couple areas that I more or less had to myself and I was able to get the fish to bite every day. I downsized to more of a finesse deal instead of trying to power-fish through them."

He threw a shaky-head and a light Texas rig at Santee and Neko and Ned rigs at Chickamauga.

"I knew those lakes were going to be stingy and my only goal was to catch five every day. If they were all 15-inchers, so be it, but I knew that the chances of catching five to 10 bass at those places and a couple of them not being decent size were pretty low."

He got substantial camera time at those events, along with a new nickname ("the Sleepy Assassin") from B.A.S.S. emcee Dave Mercer. The moniker stems from his low-key personality and his propensity for fishing in pajama pants during his FLW Tour stint.

He doesn't know who tipped Mercer off to the PJ thing. "I've got to figure out his source," he said.

Felix has never been to Lake Fork. He's competed only twice in Texas – he placed 89th in January 2019 and 49th at Lake Travis in February 2017 in FLW Tour stops.

He's picked up some tidbits about Fork from fellow competitors, including Lee Livesay (who guides on the lake) and a couple from Louisiana whom he travels with and who've visited it frequently.

"I know it's a small lake that gets an obscene amount of pressure, but it should be pretty straightforward," he said. "It sounds like there will be good shallow and deep deals going at this time of year now that there's been a bit of a cold snap.

"I hope to keep doing what I've done for the last month or two. I'll try to find some fish offshore and maybe get lucky and find a sweet spot. That's Plan A, but I'm not going to force it. Things could change in a hurry if it's not there." 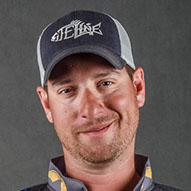