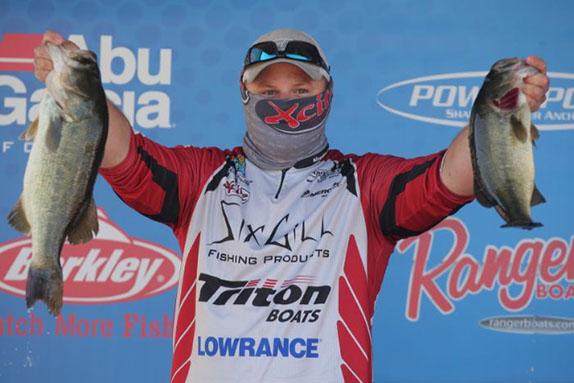 Weighing only four fish on day 2 was costly for runner-up Randy Sullivan.

Following are some pattern details for the 2nd- through 5th-place finishers at last week's Lake Guntersville Bassmaster Elite Series.

Randy Sullivan's runner-up finish was his highest – by far – in his 3-year Elite Series tenure. His previous best was a 16th at Lake Lanier last year.

He finished 2-04 behind Talley – a deficit that likely could've been overcome had he boxed a limit on day 2. He disdained grass throughout the event and caught light-biting, highly pressured fish from bridges with a crankbait.

"Those fish have been so beaten up that they'd hardly bite anything," he said. "Every fish I caught was just barely hooked."

There were four bridges that he spent most of his time on and a few others he ran to occasionally.

"I knew based on the weather, which was getting cooler and cooler, that a certain amount of fish would be moving toward the backs of pockets," he said. "The bridges are where they stop along the way. They were reloading."

Most of his bites came from rip-rap or steep banks that dropped into the creek channel.

He caught three weigh-in fish flipping a Senko around docks, one of which was a 5 1/2-pounder. 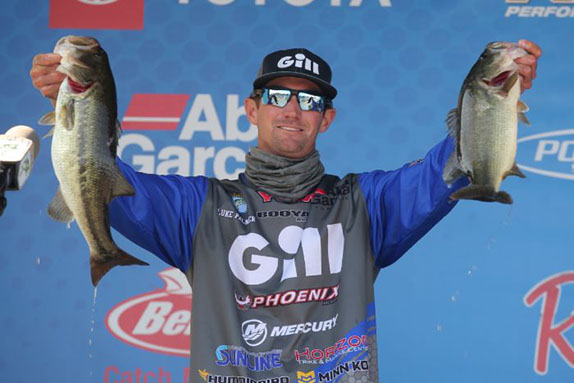 
Luke Palmer's 3rd-place finish was a pleasant surprise for the Oklahoman.

Luke Palmer's finishes at Guntersville keep improving – he was 47th on his first visit last year, then 15th in the Bassmaster Classic in March. A Top-5 last week wasn't something he was anticipating.

"My thing was to get points and get inside the Classic cut," he said. "I was behind the 8-ball (in 48th place on the points list) and I was looking for a Top-40. This is icing on the cake for me."

He's now 36th in the Angler of the Year race – four spots ahead of where the Classic axe will fall at the conclusion of the season.

The Oklahoman has very little experience fishing grass, but he was able to work a mat pattern. The mats had to have some open water under the surface canopy. He flipped a YUM Bad Mama and a YUM Spine Craw.

"Five places were all I had and I think I had two of them to myself." 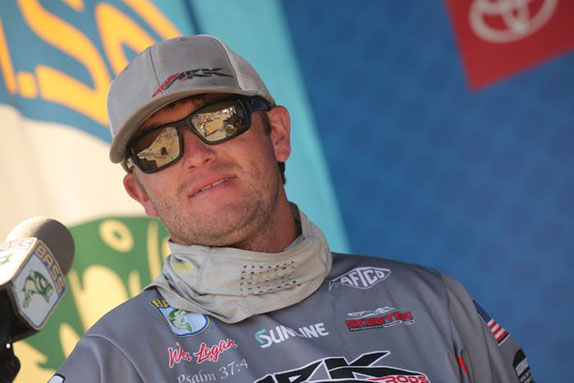 
Wes Logan held the lead to start the final day, but weighed his lightest bag of the tournament.

Wes Logan topped the leaderboard headed into the final round, but the quantity and quality of bites dropped off substantially.

"I only caught the five keepers and two shorts," he said. "I'd been catching eight or nine keepers a day. I knew I'd beat on the area really bad – along with about four other people.

"I didn't have a great practice; I didn't catch that many flipping. The two areas I focused on, I caught three in one and two in the other so I just bunkered down in those. I'd never done very good here before and I think it's because I ran around to much. Finding a group of fish is where it's at on Guntersville."

He fished a lot of "trash mats" that featured a mix of eelgrass, dead hydrilla and milfoil. Most of his bites came from the 4-foot depth range.

"I never could get anything going really shallow. I didn't spend a lot of time on it and it may have hurt me, but I did what I had confidence in."

Kyle Welcher was the event's initial leader after he caught a tournament-best 19-05 stringer. His day-2 bag was more than 7 pounds lighter, however, and he spent the remainder of the tournament in either the 4th or 5th positions.

His program contained more variety than any of the other top finishers as he flipped wood, punched grass and threw a ChatterBait in shallow water. He threw a jig for deeper fish and caught them down to 20 feet.

He flipped a Missile D Bomb (green-pumpkin) on a 4/0 Gamakatsu Straight Shank hook below a half-ounce weight. His rod was a 7'6" heavy-action Point Blank flipping stick and the line was 25-pound fluorocarbon.

He employed a similar setup for punching, but with a 1 1/2-ounce weight and 60-pound braid.

His jig was a half-ounce prototype model.