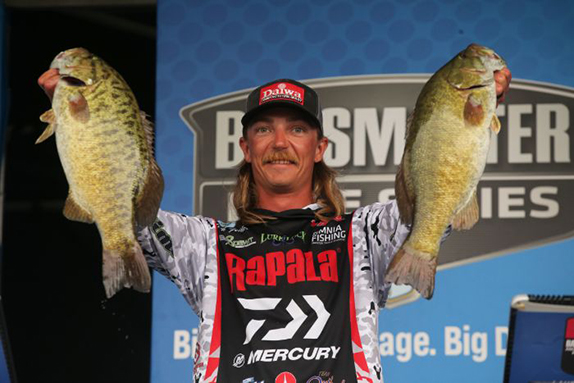 How good of a smallmouth fishery is Michigan's Lake St. Clair? More than half of its 430 square miles will be off limits to Bassmaster Elite Series competitors this week, but it'll still kick out a bunch of 20-plus-pound sacks of bronzebacks.

With the Bass Pro Tour season in the books and only next week's TITLE Championship remaining for the FLW Pro Circuit, the Elite Series will finally reach the midpoint of its coronavirus-altered 2020 campaign. There have been four events to this point and four more are set for late September through early November.

One of the world's top brown-fish destinations is certainly a worthy place to conclude the northern swing before the tour heads back to the southern region of the U.S. for the quartet of fall derbies. It'll fish a little smaller than usual with the Canadian portion out of play due to the COVID-induced ban on non-essential border crossings, but there's enough prime U.S. water to accommodate an 80-angler field.

The lake was in play for last week's Pro Circuit stop at Lake Erie and at least a quarter of the field made the punishing run from Sandusky, Ohio on the first 2 days. It produced several high finishes as Spencer Shuffield (5th) and Alton Jones Jr. (6th) fished there exclusively, while Jacob Wheeler (2nd) and Scott Dobson (4th) made the trip once each.

St. Clair was the site of the Elite Series' AOY Championship event in late September of last year, which Seth Feider won with a three-day total of 77-15 (just 1 ounce shy of a 26-pounds-per-day average). The Minnesotan will be among the favorites this week, along with fellow northern smallmouth mavens such as Paul Mueller of Connecticut, Hunter Shryock of Ohio and Canadians Chris Johnston, Cory Johnston and Jeff Gustafson.

Before going deeper into the bite, here's some intel on the renowned fishery.

Here's an up-close look at the lake, courtesy of Navionics:

Gerry Gostenik, who's operated the Great Lakes Bass Fishing Guide Service for 25 years, said the lake has been fishing better than he'd anticipated with the Canadian part shut down.

"Few tournaments are won on the U.S. side when Canada's open," he said. "The way the flats are laid out over there and the way a lot of the current moves through the lake, the fishing's just better on that side. Plus, it gets less fishing pressure."

Nonetheless, he's had some superb outings with clients recently, including a 50-fish day.

"That ain't bad considering we're stuck where we don't want to be."

Tour-level events in the north country over the past couple of months have been dominated by the Berkley MaxScent Flat Worm fished on a dropshot rig, with Justin Lucas winning twice fishing that setup exclusively. Gostenik said he expects up to 75 percent of the fish weighed the week to come on either a dropshot or Ned rig.

"Some of the guys might fish the channels that dump into the lake and there's fish that can be caught shallow there. Those are current-related fish that stay shallow all summer." 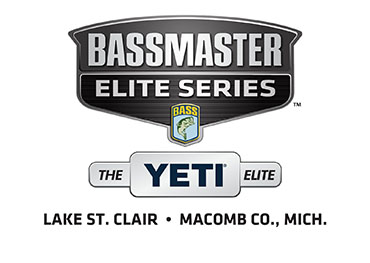 He doesn't think the lake's largemouth population will be much of a factor, as the best green-fish spots (particularly the Indian Reservation area on the north shore) are in Canadian waters

"Given the restrictions, 20 pounds a day is going to be pretty solid. Eighty pounds should be pretty darn close to the winning weight."

Former tour pro Art Ferguson, now in his 30th year of running the Art of Fishing Guide Service, said the fish are scattered all over the lake, but are heavily congregated in only a select few places.

"The main lake is wide open, but they'll have to slow down to get 'em in a lot of places," he said. "The fish are also not schooled by size in many areas – you'll catch a 10-inch bass and then on the next cast you'll catch a 4 1/2-pounder."

B.A.S.S. explained in a recent press release that due to Canada’s COVID-19 restrictions, anglers are limited to the U.S. waters of Lake St. Clair and all connecting rivers, creeks and canals, including Lake Huron. Anglers will not be allowed to travel south of the Ambassador Bridge (Hwy. 3) spanning the Detroit River.

"Strategy will be key with the wind and if they make the cut (the Top 50 will advance to Saturday's third round), it'll be boat-traffic situations," Ferguson said. "Normally they can get out of the boat traffic by going to Canada or Erie, but not in this event.

"Still, it's anyone's game considering it's summertime and the fish are doing every type of pattern possible."

Daily takeoffs will be at 6:30 a.m. ET from Lake St. Clair Metro Parks in Harrison Township. Weigh-ins will be held at the same location beginning at 3:10 p.m.

Real-time action will be carried on Bassmaster LIVE at Bassmaster.com and ESPN3 beginning at 7 a.m. ET. Coverage will also be broadcast on ESPN2 (check local listings for details).