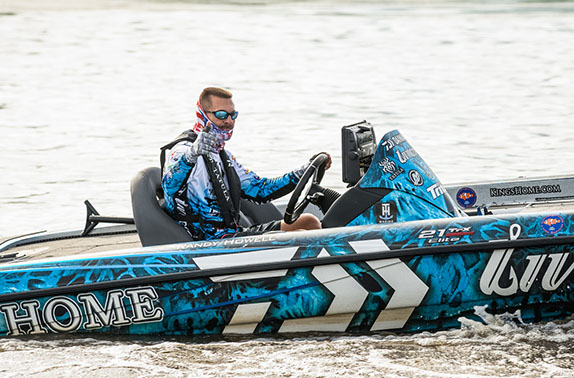 “We are excited about the potential Randy brings to Impulse Lithium,” Weidler said. “His work ethic, faith and attitude toward people, life and the fishing industry is what made this the easiest decision for us. This, along with his record throughout his career, has propelled him to be one of the most respected anglers on tour today. We are honored to have him represent Impulse Lithium.”

Said Howell: “I’m really excited to work with Impulse Lithium this year. Bill Weidler has been a great friend since he started on the Elite Series (several) years ago, and when he started Impulse Lithium I took notice. I’ve always wanted to run lithium for the weight advantage because I like to go fast and I’ve finally found a brand that’s totally safe and efficient."