Elite Series will have 101 competitors 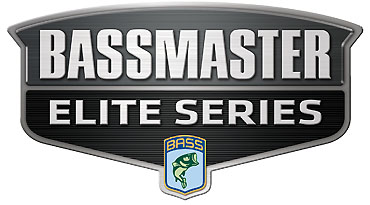 B.A.S.S. announced the field for the 2021 Elite Series today, which will consist of 101 anglers. Every angler from the 2020 roster is returning, along with 12 qualifiers from the Bassmaster Opens and the B.A.S.S. Nation champion.

“To have all of the guys back from last year says a lot about the positive momentum we have with the Bassmaster Elite Series,” said B.A.S.S. CEO Bruce Akin. “The reaction to last season was overwhelmingly positive from sponsors and fans. While they may not have always been able to join us lakeside for weigh-ins, B.A.S.S. fans cheered on each big moment while watching live coverage and encouraged their favorite anglers with messages on social media. We’re looking forward to adding 13 incredibly talented anglers into the mix.”

The list of returnees will include the legendary Clark Wendlandt, who fished a brilliant season to secure his first Bassmaster Angler of the Year title to go along with three FLW AOY crowns. Also returning are the six first-time Elite Series champions from 2020: Buddy Gross, Chris Johnston, Lee Livesay, Frank Talley, Patrick Walters and Bill Weidler.

They will be joined by a talented crop of rookies that includes Bryan New of Belmont, N.C., who won the Bassmaster Opens Angler of the Year title, along with overall qualifiers Marc Frazier of Newnan, Ga., and Matt Robertson of Kuttawa, Ky. The rookie anglers who qualified through the Central Opens are Darold Gleason of Many, La., and Kenta Kimura of Osaka, Japan. Justin Hamner of Northport, Ala., KJ Queen of Catawba, N.C., and Joshua Stracner of Vandiver, Ala., all qualified through the Eastern Opens and round out the rookie class.

Pat Schlapper of Eleva, Wis., will also join the rookie class after winning the B.A.S.S. Nation Championship on Pickwick Lake in November, but also earned an invitation via his Top-4 finish in Eastern Opens points.

Four additional anglers who qualified through the Opens Series points standings are joining the Elite field; however, any angler who has combined earnings of at least $500,000 with B.A.S.S. and FLW is not considered a rookie.

Scott Martin of Clewiston, Fla., earned an Elite Series invitation through the Eastern Opens division; however, while this will be his first season on the Elite Series, he will not be eligible for the 2021 Rookie of the Year race.

Instead, Martin will join Justin Atkins, Jason Christie and Greg Hackney as established anglers competing on the Elite Series. Atkins (No. 2 in Opens AOY points), Christie (No. 1 in Eastern Opens points) and Hackney (No. 2 in Eastern Opens points) all fished on the MLF Bass Pro Tour in 2020. Both Christie and Hackney have competed on the Elite Series previously, combining for six Elite event wins and an AOY title.

The 2021 Elite Series schedule will begin Feb. 11-14 at the St. Johns River in Palatka, Fla. From there, it will wind through six states for nine events as anglers compete for cash and prizes and attempt to qualify for the 2022 Bassmaster Classic. For the first time in history, every Bassmaster Elite Series event as well as the Bassmaster Classic will feature live television coverage on the FOX Sports platforms.

Each tournament will begin with the full field of anglers on days 1 and 2 before the field is cut to 50 for the semifinal round on Day 3. Only the Top 10 remaining anglers will fish the final day of each event with a $100,000 first-place prize on the line.